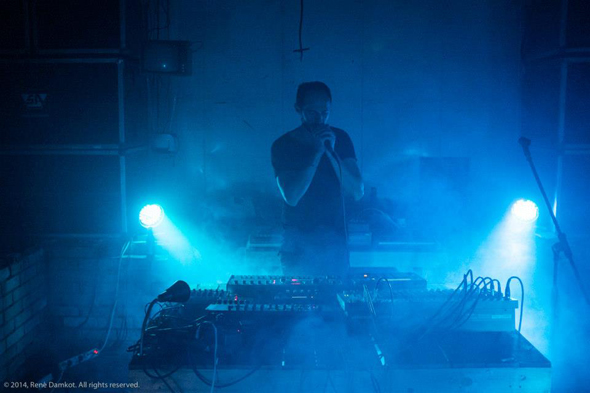 Helena Hauff’s Return To Disorder label is still in its infancy, having thus far released two singles in 2015. While the label boss’ DJ sets can be known to span the ages of early industrial and EBM through to contemporary techno and electro, there’s a sense of eclecticism about the signings she has made so far that reaches beyond her own artistic style. Children Of Leir kicked the label off with a distinctly psychedelic rock leaning to their sound, while Morah brought a slightly more familiar strain of gnarly hardware techno. With the year not even through Hauff is looking ahead to next February with a split release that offers up yet more intriguing and largely unfamiliar names.

Moscow Death Disco has little to no representation on the internet, bar an unpopulated SoundCloud page that gives away very little indeed. Le Chocolat Noir meanwhile has been busy building a name for himself from his base in Croatia whilst releasing on local labels such as Home Made Electronica. The text accompanying the six-track split EP gleefully describes Moscow Death Disco as “lo-fi hardcore rave” and Le Chocolat Noir as “psychotic art punk electro”, and based on what we can hear so far that seems like a fair assessment. At present the release is slated for release in Feburary, but you can keep yourself sated on the grungy sounds of the previews below.

Return To Disorder will release RTD003 by Moscow Death Disco and Le Chocolat Noir on February 1. 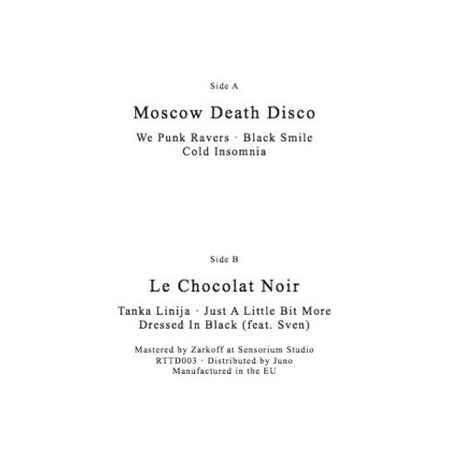 Return to Disorder on Juno