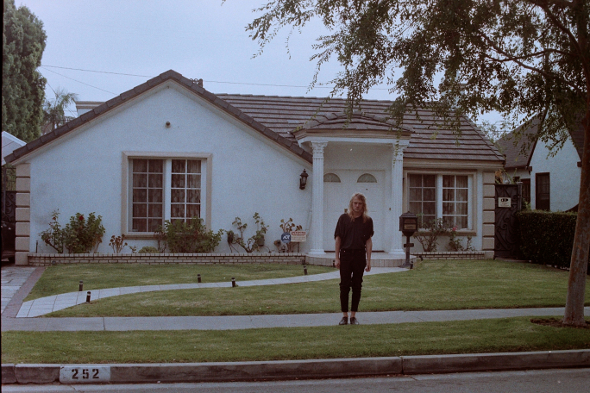 Kai Hugo returns with another satured video from his X-Files indebted album for Beats In Space.

It was almost a year to the day that Tim Sweeney’s Beats In Space announced a union with Dutch born, LA based Kai Hugo and his Palmbomen II project which resulted in a debut album of the same landing in March. Whilst Palmbomen II didnt make the cut on our recently published best albums list, it was certainly one of the more curious long players this year; not least for the trilogy of self-direcred VHS saturated videos that appeared in the lead up to its arrival. A chance meeting with 3D animator Thomas de Rijk inspired Hugo to return to his album for a final visual treatment based around the track “John Lee Roche,” which can be viewed below along with his own words regarding his inspiration and motivation.

“For this fourth – and final – part of the videos I made for Palmbomen II, I was hoping to collaborate with somebody who works in a different discipline. I was serendipitously approached by Thomas de Rijk, a 3D animator who makes music videos. I hoped to achieve a blend of his computer animation with my film world. So, I wrote this script where the main character makes and presents a 3D video. The character within the character’s video is based on a photo I found of a Russian politician posed in a tree for a serious photoshoot. He looked out of touch with nature, but still wanted to somehow convey “a connection” with it.

These two different characters allowed Thomas and I to work separately and have freedom to create different worlds but a connection between them and a consistency with the other three videos. A funny fact re: the actor: I found out that he actually played a big part in an episode of X-Files (Season 7, Episode 16: Chimera), which makes for a good conclusion to this video series and this chapter of Palmbomen II.”