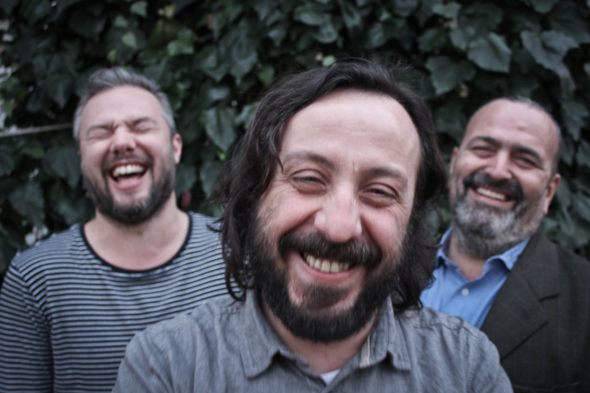 The Italian trio are back together for a new album due in 2016 – watch a video here.

Given all the praise heaped on Music From Memory’s delightful trawl through the Gigi Masin archives last year, it’s unfortunate that the Venetian’s work with compatriots Tempelhof was overlooked. Together the trio released Hoshi, an album-length collaboraton through Tempelhof’s own Hell Yeah label that sounded every bit as enriching as Masin’s highly regarded solo material. As the above press shot proves, its all smiles for Masin and Tempelhof pair Luciano Ermondi and Paolo Mazzacani with the news they’re working on a new album pencilled in for next year. Set for release jointly by Hell Yeah and the Balearically-minded US indie Cascine, full details are not yet available but the below video for “Tuvalu” directed by Sonny Boy has us gently excited for what is to come.