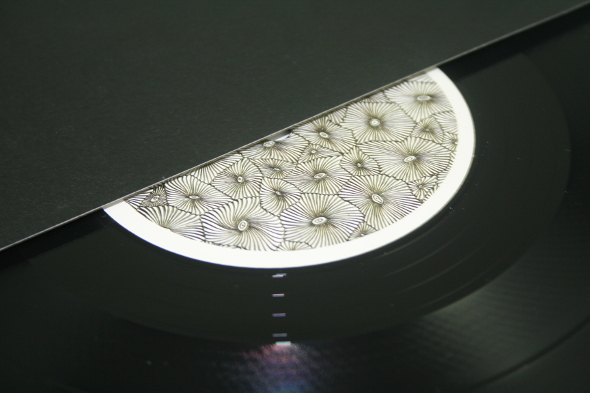 It would be easy to argue that Nicholas Chaix remains something of an under-rated hero within electronic music. The Frenchman’s longevity is impressive, making his solo debut nearly 20 years ago, and in the process helping Chateau Flight collaborator Gilb’r launch his Versatile Records imprint. Yet it is the versatility of his output that marks Chaix out as a contemporary great.  Over the years, he appears to have done it all, moving from disco-tinged deep house and jazz-flecked electro, to throbbing house and future jazz, via heavyweight dub, smoky downtempo beats and ragged acid house. 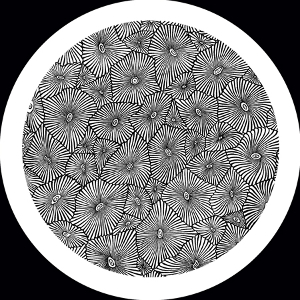 Along the way, there have been collaborations with RZA, Detroit-influenced club anthems, sweaty rave records, a string of impressively eclectic albums, and one of the best, space-themed ambient sets of the last decade (2006’s Live At The Planetarium). His last release, the brilliant Cryptoporticus, saw him delivering a pitched-down take on early ‘90s British “bleep”; it remains one of the best tributes to that style that have emerged in recent years. Chaix’s latest outing, VER105 EP, touches on many of his now-familiar musical themes, whilst incorporating others previously explored with Chateau Flight. It’s also pleasingly experimental in outlook, and comes blessed with the inherent eclecticism that has been a consistent feature of his work. Most importantly, it’s really rather good.

He begins with “Prepgav”, a two-part exercise in soundtrack-inspired creepiness that recalls the nightmarish weirdness and curious aural textures of Chateau Flight’s 2006 full-length Les Vampires OST. The first part brilliantly fuses undulating, minor key marimba melodies, loose percussive hits and freaky vocal samples with the metronomic pulse of techno. The track’s dizzying and intoxicating feel is explored further on the second part, which emphasizes the droning orchestration, Cinematic Orchestra style jazz noir influences, and clandestine atmospherics that underpin the dancefloor-focused first part. An exercise in mournful, dystopian ambient jazz, it sounds like it should be accompanying a particularly powerful scene in a life-changing indie movie.

Chaix moves further towards jazz on the simple and exquisitely beautiful “A Walk With You”, which partners slowly unfurling, alien sounding synthesizer melodies with quietly evocative pianos and a shuffling, hip-hop influenced rhythm. It is, of course, rather lovely, but it’s the sweetness of the whole thing – as if it was written to serenade the love of his life – that will capture your heart. Happily, this isn’t a one-off within the EP, either; you’ll find little as joyously sweet, life affirming or downright gorgeous as the release’s final track, “Sequence III”, a stunning piece of electronic ambience blessed with some decidedly trippy synthesizers and just a whisper of jazz.

The latter track follows on from the EP’s standout moment, “Ou Ailleurs”, and shares some of its sonic traits. Built around a bubbling, left-of-centre analogue techno rhythm – all spitting electronic hits, jazz-informed rhythms and snappy snares – and an undulating, minor-key riff, its’ intense and occasionally unsettling power is derived from the use of foreboding strings and drawn out notes played on what sounds like a variety of brass instruments. It’s arguably the most atmospheric and out-there concoction on a fearlessly left-of-centre EP. Although written and produced long before the horrific terror attacks on Chaix’s home city of Paris, it seems to perfectly capture the horror, bleakness and shock of those terrifying events.