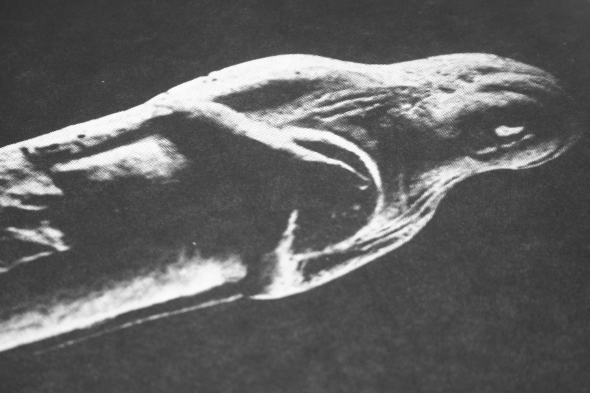 The Details Sound label overseen by Berlin-dwelling Italians Giuseppe Magistro and Matteo Fabbri has emerged from that murky, humid, sticky sub-metropolitan environment where the notion of what we might be moved to call ‘techno’ is acquiring completely new contours. As written elsewhere on this site earlier this year, Details Sound is widening its reach with two new signings ‘from outside the monochrome cult they call home’. After M//R frequented the cleaner, smoothers shores of contemporary techno on No Tag No Food in spite of the music’s modular beastliness, the second of those detours from Oregon act ASSS has been summed up nicely by Details designer Federico Lupo as ‘granitic techno’. The 100 EP is twenty minutes of dark, intensely textured beats and smashed-up washes; heavy, hard-hitting techno on the borders of noise and industrial. 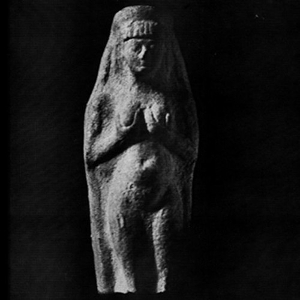 Shorn of Sean Pierce, who appears to have left the group to go solo with a 12” due on Mannequin, Alex Smith and Sean Sumler remain at the ASSS controls and their music seems to have morphed into an unexpected, untameable form of violent adult sonorities. Thinking back to things like the positively technicolour glow and languid synthlines of their 2011 split with Meddicine on Clan Destine Records, or even to more recent productions such as their Taxi Helms and Halt Sex Mi on Haunted Air, ASSS has become a thing of total blackness, elegant but mercilessly rough.

Minimal to the bone, the tracks are numbered, not named, counting from 100. All voices have gone (who needs words?). Beats still matter, but they are now more complex: “101” is a hammeringly repetitive crunchy piece awash in plate reverb, addictive in its changing rhythm patterns and dark as hell. It closes on a tumbling set of metallic bangs which are more Test Dept’s Total State Machine than anything they’ve worked on before. “102” and “103” work on an equally disturbing but thinner, more precise apparatus, introducing more familiar textures in amongst the beating pulse. Moments of ear-piercing, long crystalline high-pitched dings punctuate the frothy washes of throb and squelches of white noise. An elaborate, knotty panorama.

Things cool down slightly on “104,” which is a more pensive, 5am kind of track. Moments of distended, hazy, puffy calm carry a series of attack-halt, attack-halt grinding variations. All along ASSS perform a dissatisfying, and as such all the more hooking, game of full stops and modifications, establishing something truly physical between the listener and the record. It’s a bit like Regis and Maurizio Bianchi getting together to play Whitehouse, then remixed by Vatican Shadow. A fantasy, all things considered.

In an interview with Mexico’s 8106 this summer Smith and Sumler spoke about having discovered an unproductive technical obsession in their work a few years back which was leading them to lose a certain amount of rawness – hence the choice to incorporate analogue synthesizers into their work, and experimenting on them without instruction manuals. They certainly no longer need to worry. Although they’ve lost that classic analogue synth sound, ASSS now sound intensely organic, as if this were an arrival point of another, deeper kind of rawness. There’s a ruggedness to this EP that while feeling completely machinic, somehow makes you think of metal, of earth, of rock.