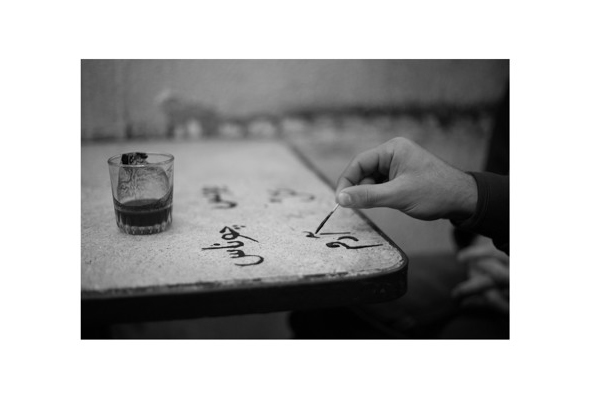 Check out the slow-creeping sonic dread of “Nayroz” due out this month.

There has been a distinctly techno-slanted angle to the output on The Trilogy Tapes this year. From DJ Spider & Marshallito’s surreal and heavy throwdowns to Mix Mup’s snaking drum workouts, Chemotex’s noisy excursions to Ekman’s industrial clout, the sound of Will Bankhead’s label has been distinctly geared towards loud, pounding club tackle for the most part. However the label has always been much more than just a dancefloor vessel, as this new offering from Carl Gari and Abdullah Miniawy demonstrates.

Reportedly recorded in Cairo over the course of a few days, the collaboration has manifested in a four-track 12″ set for release later this month. Carl Gari are a Munich-based group comprised of Jonas Friedlich, Jonas Yamer and Till Funke, who describe themselves as psychedelic ghetto rave. Friedlich has been found releasing on Mistress and Molten Moods, the latter of which is run by Yamer. Miniawy meanwhile is a noted Egyptian chanter, composer and multi-instrumentalist based in Madinet El-Fayoum. You can listen to the intoxicating results of their collaboration via the below stream of “Nayroz.”