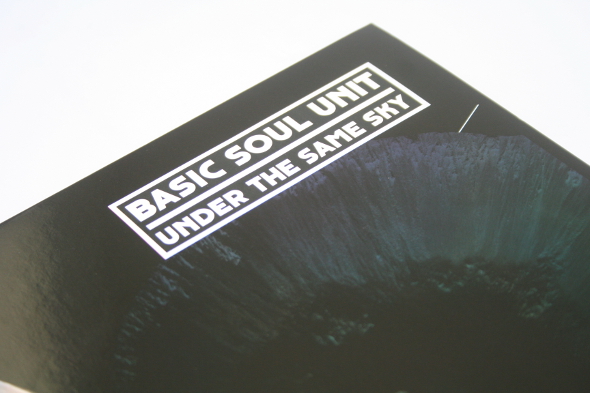 Under the Same Sky is Toronto-based Stuart Li’s second album as Basic Soul Unit, and it suggests he has his sights set on the big room or festival main stage. The hook-up with Dutch label and party organisers Dekmantel will facilitate the realisation of this ambition, but so too will the album’s musical direction. The thing that hits the listener first are the kick drums; loud, heavy and pounding, they re-cast Li as a techno force rather than a house producer. 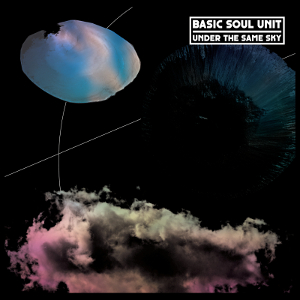 It’s not just the drums; the Canadian artist has either been shopping a lot in Hard Wax or has had Adam X and Orphx on repeat in the studio because “Landlocked” consist of a swinging rhythm and tough broken beats, while “Restless in Thought” is a morose stepper, tempered only by subtle melodic flourishes. Despite this artistic shift, Under the Same Sky never veers into senselessly banging music.

If anything, Li manages to apply his expertise as a house producer to keep the tempos down without forsaking the intensity levels. This is audible on “The Rift Between” where a rhythm pushed into the reds and shaking percussion provide the backdrop for frazzled chords and noisy riffs. In a similar vein is “Unwavered”, where head-melting percussive tracts override a pulsing bass. Just when it starts to grate, Li provides some respite with a chord-heavy break down.

It’s this ability to apply his expertise outside of his comfort zone that really makes the album such an impactful work – and it shines the brightest on album opener, “We All To Believe”. Underpinned by thunderous kicks, it features a diva wail looped to infinity and insistent filtering. It could be the bastard child of Inner City and Jeff Mills’ Final Cut band, but whatever about the origins or influences, it’s the track most likely to see Stuart Li reach his sky-high destination.

A1. We All Want To Believe
A2. Without Fears
B1. Landlocked
B2. The Rift Between
B3. Until The End Comes
C1. Temptress
C2. Unwavered
D1. Restless in Thought
D2. Fate in Hand
D3. Under The Same Sky