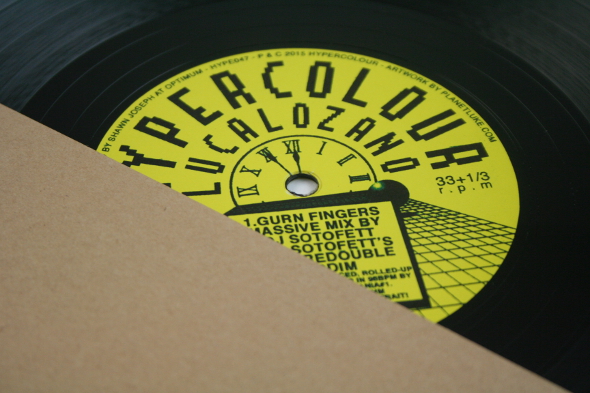 It’s a commonly held belief that it’s the music discovered during your teenage years that leaves the longest lasting impression. To a certain extent, it’s true; however much your tastes change over time, and however keenly you keep abreast with new musical developments, the music of your youth never really leaves you. This is certainly something that can be said of Lucas Hunter, under the now familiar Luca Lozano moniker at least. Over the past 18 months, he’s cannily harnessed these inevitable thirty-something feelings of nostalgia and used them to shape his musical output. 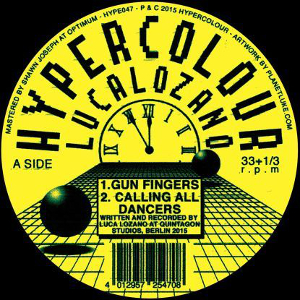 The Berlin-based DJ, producer and graphic designer spent his teenage years in Sheffield during the early-to-mid 1990s, and it’s the Steel City’s bass-weight take on house and techno – as well as other hybrid, rave-era forms of British dance music – that have informed his releases in recent times. Check out his discography, and you’ll discover a string of releases – both solo, and with the similarly minded DJ Fett Burger – that draw influence from a variety of early ‘90s machine music styles, from the breakbeat bounce of early hardcore and Belgian techno, to the intense throb of acid and the sub-heavy sonic minimalism of “bleep”.

These influences were laid bare on Fantasy FM: The Lost Tape, a brilliantly executed cassette tribute to the Steel City pirate station of the same name that made such an impression on the youth of South Yorkshire at the dawn of the ‘90s. Whatever you think of this kind of shameless nostalgia, there’s no doubt that Hunter does it far better than most. Combine this with the spike in hardcore-era revivalism currently sweeping through dance music – see Paul Woolford’s high profile Special Request project for proof – and it’s easy to see why Hypercolour boss Jamie Russell was so keen to feature Hunter’s productions on the label.

Arguably, the resultant EP is amongst Hunter’s strongest to date, helped in no small part by the addition of a couple of eccentric reworks from DJ Sotofett on the flip (these, incidentally, aren’t featured on the digital release, presumably to honour the wax-centric Norwegian’s wishes). As usual, the influences and sly audio references aren’t hard to spot, but are melded together with such effervescence and enthusiasm that it’s hard not to get carried away in the moment. “Calling All Dancers”, for example, boasts the same combination of punchy breaks, sweat-soaked rave riffs, haunting sirens, clipped bleeps and elongated chords that were aural trademarks of the Prodigy’s early work (in this instance, “Outta Space”). It’s a glassy-eyed nostalgia trip with all the late night appeal of a loved-up hug from a gushing, gurning mate.

It’s the title track that shines brightest, though. “Gun Fingers” expertly combines dreamy, 808 State style chords, a raw, Robert Gordon inspired bassline, jungle-era gun sounds, and skippy, house-tempo breakbeats that sit somewhere between the beatbox electro that partly inspired the bleep movement, and Nightmares on Wax’s mighty “Aftermath”. The influence of that particular record – undoubtedly one of the most bombastic of the bleep era – is even more evident on Sotofett’s two flipside “Gurn Finger” reworks. The Sex Tags man naturally also includes a few sly nods to early jungle, but it’s the alien electronics, weighty bass and gargantuan beats of that particular record that shines through. This is particularly true of the Gurn Redouble Riddim, which is little less than an all-out assault on the senses.