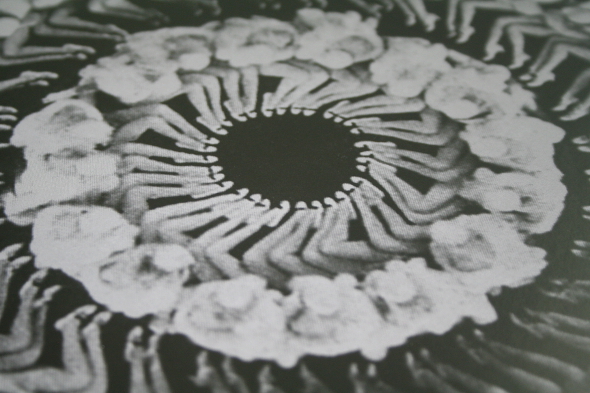 It feels like an album has been a long time coming from Julian Smith. After his early forays into production, his emergence as a techno subversive with his own Caravan label brought with it a sense of adventure and playfulness that yearned to be roaming outside the confines of the club 12”. It speaks volumes that his wayward sound has shored up at labels as diverse as Perspectiv, Misericord, Apple Pips, Aus Music and latterly Skudge, Soul People and Voodoo Down without sounding like anything you would typically find on one of those labels. In a sense his music has emerged in parallel to the growing pains of the post-dubstep diaspora, often reflecting the spirit of the time without kowtowing to it. Certainly by the time the L.I.E.S.-inspired hardware house revival was kicking off, Smith had already been losing himself in tape loops and delay chains for quite some time. 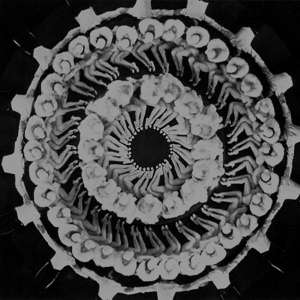 In the present day, it has been possible to hear the muscular thump of EBM’s looming influence creeping into more recent October joints, and there can be no doubt as “Ritual” comes cantering out of the gates that this is an album that captures Smith as an artist now, rather than a culmination of his work over the years. The thunderous arpeggio that heralds the start of the record is a swift slap of a statement, demanding attention and raining down drama. Indeed there is something quite cinematic about the track overall, not least with the cooing synthesised vocal meltdown at the midway point of the track. “Black Narcissist” too comes loaded with celluloid tension thanks to its nagging bass riff and whip-cracking snares, amping up the tempo and likewise the claustrophobia from the mechanised melancholy of the opening track.

The tracks play to a conjoined narrative of sorts, each piece stoutly shaped out by a rhythm section that stays dead on target to reach the next chapter. While the drums and the low end remain fixed, the upper reaches of the tracks are alive with playful lead refrains, cosmic FX interference and pulsing details, and it is in these minutiae that the maverick qualities of Smith’s sound are defined. That’s not to detract from the foundational elements in the tracks though, because the weighty impact of a cut such as “Body Chant” proves what a keen instinct he has for movement-urging physical music.

Not everything on Black Body Radiation needs to pound, bash and crash its way into your cerebellum though, as “Blood Feud” ably demonstrates with its slippery ways. Rather than riding on a steadfast beat, the only rhythmic constant here is the bassline, toned and taut enough to do all the work so that the drums can just come spitting in intermittent blasts of decoration. Here the onus is on the sweeps of pad, strafes of dub chord and zippy effects instead, and yet still the track hits with a weight that many producers fail to reach with all the red-lining distorted intent they can muster.

Perhaps that hard-to-define flair that marks out Smith’s music can be felt the most when he moves towards more conventional structures. On “Synchronized Blues” the beat is steady, the bassline hooky, the lead catchy as hell, and yet nothing sounds run of the mill. Even when he delivers the most accessible cut on the album, the ideas wriggle and writhe with individuality, relishing the dense and expressive processing that might otherwise leave a track sounding strangely standard.

After all, this isn’t an album of purposefully obtuse, experimental material, and perhaps that is where the great appeal in October lies. Hitting the mark squarely between immediate, satisfying pleasure music and weird, deviant sonic diversions, Black Body Radiation does actually manage to sum up the over-arching spirit of Smith’s music, even if his style now is a far cry from “Three Drops” or any other early track you care to mention. The point is, it’s his innate freakiness that has set him apart from the pack all these years, and with a statement as cohesive as Black Body Radiation he’s summed up that feeling succinctly while still pushing himself forwards as an artist.