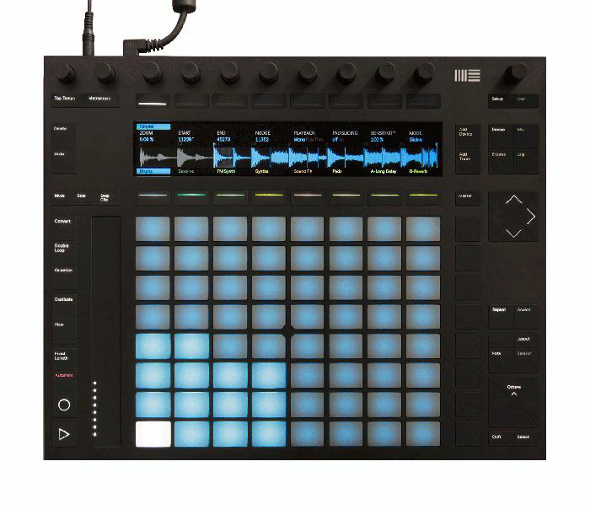 Acting on the continued success of its Live music production software, Ableton further expands the possibilities of this ubiquitous, user-friendly DAW, and with the Push entering its second generation, this product might be Ableton’s most potent augmentation yet. The Push 2, with Ableton 9.5 update, is a MIDI controller designed and built without Akai technology (as was the case with the original Push) extracts most of Live’s main music-writing processes from the computer screen and into the same immediate, tactile plane of hardware synths and desktop gear. Actually, Push 2 could hardly be considered just a controller; once it is connected it becomes a fully blown workstation built around Live’s own flow and it’s designed to be the centrepiece of the studio for composition. Once familiarising yourself with the basics, the interface becomes a fast way to lay down ideas and sketches while offering a direct feel of Live’s usual mechanics, such as adding tracks and devices, triggering clips, recording sequences, duplication, quantising, mixing and more.

Another powerful aspect of Push 2 is it further reinforces Live’s unique duality between session and arrangement views. By fully embracing this, the user can now relegate any mouse-and-screen action to the stages of arrangement and precision-editing. Personally, as a producer migrating from other softwares into Live, I’ve always alternated between two very different modes of functioning when making music; a first moment of quickly writing down ideas and patterns, and a second one that is more pragmatic, focusing on editing, processing and mixing the elements in the track. Coming from that perspective it’s comforting to see Ableton have kept things simple by not incorporating too many session view controls and arrangement tools into Push 2.

At the centre of the console, like the previous Push, you have a generous grid of performance pads that can be used for all sorts of compositional processes; triggering clips, playing drum sequences, melodies and other step-sequencing, to navigating and editing options. Using the central panel as your keyboard can offer a different, often playful way of exploring notes that lends itself to interesting results. Moreover, its tactility allows for fresh and intuitive approaches to getting more expression out of your music. 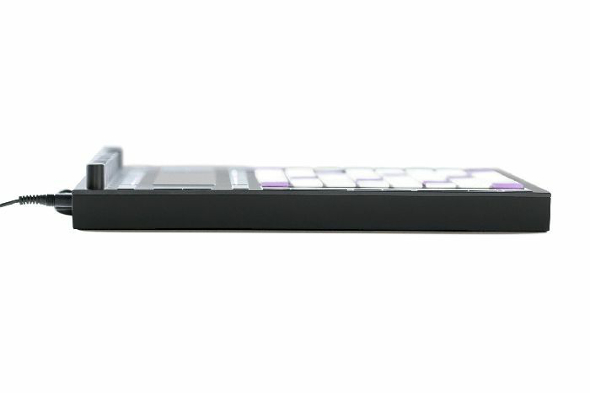 Four selector buttons on the top right provide Push 2 with navigation options called Device, Mix, Browse and Clip. These directly access different modes within Live right from the panel, and from there the menus offer a level of depth into the machine that’s easily understandable while enabling greater parameter control. ‘Add Track’ and ‘Add Device’ buttons allow users to get right into the process of picking instruments and effects, and the browsing is made easy with the large horizontal display.

Recording clips in a non-destructive way becomes a very fluid process by using the buttons on the left side of the panel – Duplicate, New, Quantise, Stop, Clip – while Undo and Delete are directly accessible too and using them on the fly becomes an automatic reflex once you’re used to the product. Expression is also heightened by the performance pads’ sensitivity, distinguishing infinitesimal variations of velocity and rhythm that can lend an organic feel to recordings.

Once you break habit of reaching for the mouse or trackpad, Ableton’s Push 2 truly narrows down the gap between user and software in a way that screens and other more generic interfaces can’t. While true its potential for customisation is little more than picking the colours for the display and illuminated pads, there’s a whole point to be made about Ableton’s successful attempt in guessing the most effective ways to use Live, and turning those insights into an optimised piece of gear. That rigid approach doesn’t prove to be as flexible as is sometimes needed in the case of live performances, however if tactile control is your thing in the studio, then the Push 2 is as good as it gets.
More info/buy