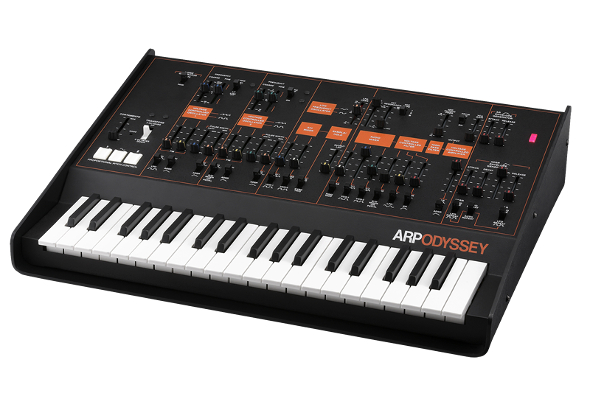 Marco Rodrigues explains why Korg have developed one of the best new analogue synths on the market right now.

Originally released in 1972, the ARP Odyssey was one of the first truly portable synthesizers ever produced and an answer to Moog’s popular Minimoog introduced two years earlier. It was designed as a scaled down version of the 2600, an earlier ARP model with semi-modular capabilities housed in a suitcase with a keyboard. Despite its considerable size, the 2600 was already an attempt at creating a synthesizer that could be used on the road by travelling musicians.

Both the Odyssey and the Minimoog became pivotal instruments during the 1970s and can be connected to numerous breakthrough moments in modern music. Because of this, prices in the second-hand market have steadily remained above four figures for both models, and in some cases, the need for costly and dedicated maintenance has also kept potential buyers at bay. With the search for authentic, analogue sound in electronic music as strong as ever, and the growing interest in iconic synthesizers such as the Odyssey, the time was right for Japanese manufacturer Korg to step in with a replica product that can fit in with modern set ups while remaining faithful to the celebrated sound of its original 1972 version.

Korg’s ARP Odyssey replica was developed in partnership with ARP Instruments co-founder David Friend, who provided advice during the process. Three different designs were put forward to correspond to the look of the three original generations of the Odyssey – MK I, MK II and MK III – but functionalities were made the same on all versions. Even though Korg adopted a conservative approach to the redesign, there are a few differences to point out about this new version. It’s slightly smaller than the original ARP – further enhancing its portability – and a few different functions between the three original generations of the Odyssey have been cherry-picked to create the best possible combination. Parts of its original circuitry and signal paths have also been redesigned to make up for the discontinuation of some of the original components. 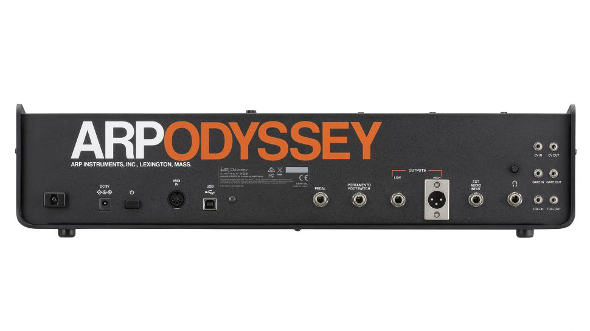 The panel is simple and easy to read, and parameters are faithfully placed just like they were in the 1970s. Usability remains untroubled by the reduction in size of the new replica. The slider controls have just the perfect resistance to allow for smooth handling – great, for example, to avoid abrupt changes when recording longer sequences with a gradual opening of the filter. The three expression controls on the left, however, feel a little close together and rigid for on-point pitch manipulation while playing. Connectivity is generally better in this new version, aided by the new USB port, however the lack of a simple MIDI output still leaves room for update.

Sound-wise, the ARP Odyssey is a duophonic, two oscillator analogue synthesiser with independent frequency pitch controls for each oscillator. This means that you’re able to pick two different waves (square and saw), find a different frequency for each and add them to each other to create rich, layered sounds. There is a beautiful resonance to the filter, and you can use it as low or high pass (with three different modes for the low pass option). There are also other great customary features such as an LFO, ADSR and AR envelopes. For each oscillator also comes with modulation parameters, such as pulse width, and you can opt between getting the original signal from the keyboard, or as a pulse coming from the LFO.

All of this allows for sculpting incredibly rich, highly harmonic sounds. And by syncing to Ableton Live via the ARP Odyssey’s USB connection, I found myself completely hooked, messing with the parameters for hours and recording sequences that could easily hold up for 15 or 20 minutes without getting tiring. The sound overall is magic; pure and crystalline but paradoxically fat and, should you want it, dirty, to the uncanny. As far as revivals go, Korg’s replica of the Odyssey is one of the best new analogue synths on the market right now.
More info/buy