Until he popped his head above the parapet last year with a couple of well received remixes, Alvin Aronson was arguably best known for designing a brilliantly simple clock that cleverly fused analogue and digital time-keeping technology. While he was merely a product design student at the time, the clock made quite a stir. More significant, musically speaking, was his conversion to the techno cause during his student days; not just because it offered a chance to continue his fascination with the point where analogue and digital technology meet, but also because it put him in contact with Rhode Island native and White Material co-founder DJ Richard. Aronson, now based in Brooklyn alongside another long-standing friend, Galcher Lustwerk, has been a member of the extended White Material family ever since. It’s no surprise, then, that White Material is releasing his debut single, the quietly confident and occasionally impressive City. 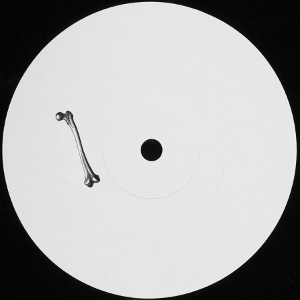 The six tracks here largely focus on a style that sits somewhere between the deeper, ambient-influenced end of techno, and the grainy, analogue-heavy, industrial inspired fodder that New York is becoming increasingly well known for. With its’ use of modular synthesizers – see the pulsing, blink-and-you’ll-miss-it ambience of “Hominid” – clattering drum machine rhythms, throbbing digital melodies and deep, winding electronics, City offers a neat musical representation of Aronson’s analogue/digital product design. The secret to great product design is that combination of functionality and pleasing aesthetics; Aronson’s first musical missive has both in spades.

This is evident from the off, when a short burst of creepy, discordant ambience is followed by “Fog City”, a pleasingly deep and dreamy a chunk of techno hypnotism built around ghostly, weightless chord progressions, clicking, minimalist rhythms, and a similarly pulsing bassline. The influence of dub techno – particularly in the use of echo-laden hits and floatation tank aesthetics – is obvious, though some will also note the cyclical compositional techniques of classic American minimalism and beat patterns that reflect that imaginative approach of the mid-‘90s “intelligent techno” period.

The track’s attractive beauty is mirrored in the EP’s closing shot, “City 2”, where stretched-out, candy-floss chords and deep space acoustics are this time accompanied by snappier snares, crisper cymbals and an altogether bolder bassline. The beats seem loose and wonky, offering a surprisingly tough and hissing accompaniment to the Brooklyn producer’s shape-shifting, dream world textures.

Aronson counters these notably deep moments with a couple of rough, raw machine workouts. Perhaps the boldest of the pair is “Drone Techno”, which combines a thunderous bottom-end groove, all muddy kick drums and bassbin-bothering frequencies, with a fluctuating, mind-altering electronic loop. This smartly rises and falls in line with his intricate percussion programming and the faint hint of some ghastly event yet to come. “Extension” explores similar territory – think clanking snares, distortion-heavy kick-drums, and cymbal hits drenched in tape delay – but catches the ear more thanks to the kind of alien-sounding melody line that recalls classic, early ‘90s techno. Both tracks are unfussy and straightforward, yet almost claustrophobic in their attention to atmospheric detail.