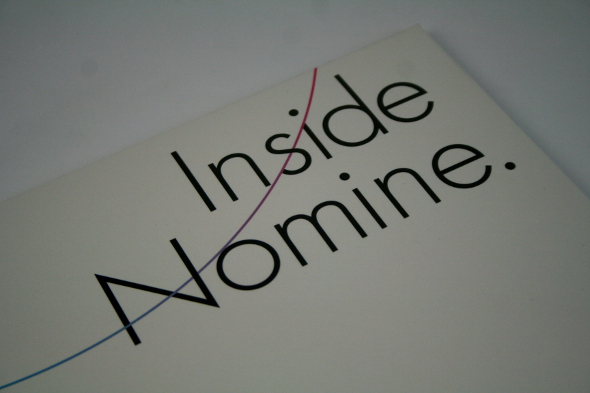 The slow, steady output of Nomine has tread the path of his tunes. A creeping succession of singles on Tempa since 2013 that suddenly solidifies, his presence in the prime of new-wave dubstep now assured through this debut LP that neatly combines everything accomplished to this point. Inside Nomine is clearly and unsurprisingly indebted to dubstep’s larger, longer-lasting behaviour, the producer merging contemporary technicality and a deeper, darker strain of production with the golden age and Tempa-sympathetic elements of the genre. 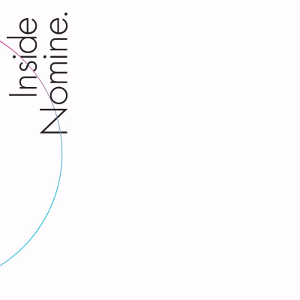 Tempos have really levelled across the board out over the last couple of years, through the influence of techno or ‘dungeon’ aesthetic or reverence of halfstep, and again here there’s very little slippage once set up. Nomine really tends to assert himself through the clarity and texture of his production values (and bass, lots of bass) rather than too much percussive dexterity. There are exceptions to this; “84600” is a fantastic blend of dub, eastern motif and Shackleton-like combinations of drums, whilst “Zen Force”skitters around a warped bassline trickily and “Confusion” sneaks dancehall into a half-stepper.

Nomine’s drums are sharp and precise and full of vitality, and generally quickly set into a categorical pattern that, like his production at large, is focused on fundamentals. The sustained taste for Eastern motif and meditative states of pressure and pleasure makes it the latest in a lineage of UK producers from Photek to Loefah to Benny Ill to Pinch, and the atmospheric effect is pronounced. Sure, the ‘orientalism’ has a whiff of exoticism, but you’d have to be feeling particularly mardy to make an issue of it.

Previously released “Blind Man’ is still a monster and a particular highlight with its sine-like Wu-Tang strings and deep bass, but “Nomine’s Ego” equals it with delightfully tacky use of hack-mysticism, and several ‘interludes’ cast off apprehensions of structure for something headier and more cinematic. Those Horsepower Productions albums seem the precedent Nomine is aspiring to with this debut album – retaining that ‘home’ listenable quality that keeps the record flipping on the turntable, even as they can batter the dancehall.