MM/KM inaugurate new label from The Trilogy Tapes and Palace 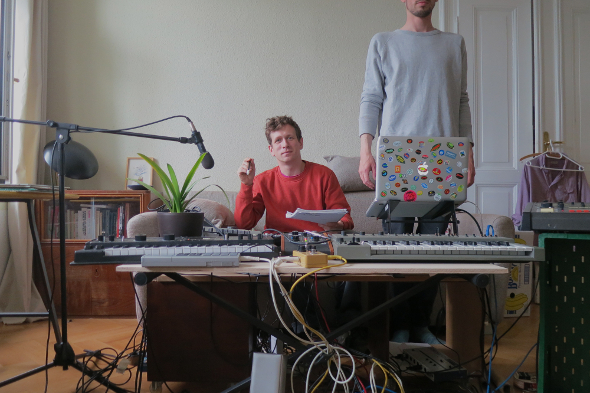 The Leipzig-London connection strengthens as Kassem Mosse and Mix Mup deliver a record for Will Bankhead’s new label hookup with skate brand Palace.

Last year saw London skate crew Palace join forces with The Trilogy Tapes and Sound Signature to release a 12″ from Theo Parrish, the quite excellent 71st & Exchange Used To Be… As Tony Poland pointed out in his review of that record, such a partnership made sense as TTT founder Will Bankhead is a long term skater with close ties to the Palace brand. Whilst this union with Theo Parrish’s label was seemingly a one-off venture, both Palace and The Trilogy Tapes have now elected to continue working together with the debut release due to arrive next month.

Excitingly, the artists responsible are Leipzig duo Kassem Mosse and Mix Mup who rekindle their MM/KM partnership for a three-track 12″ called TTTPALACE001. Together the pair were responsible for the excellent self-titled mini album on The Trilogy Tapes in 2013, but since then their joint efforts have been restricted to several fine remixes of TCB and Kowton for Die Orakel and Livity Sound respectively. Dial into Mix Mup’s excellent Beats In Space set for a taste of what to expect from the upcoming MM/KM 12″. Further releases from The Trilogy Tapes and Palace are planned, though no details on them are available as yet.

The Trilogy Tapes & Palace will release TTTPALACE001 by MM/KM in mid-November. 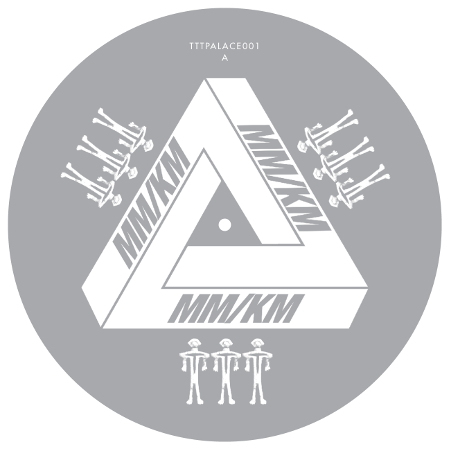 A1. Tane
B1. Chorus Beach
B2. Watching Gischt