DJ Stingray is transmitting on a Communications System 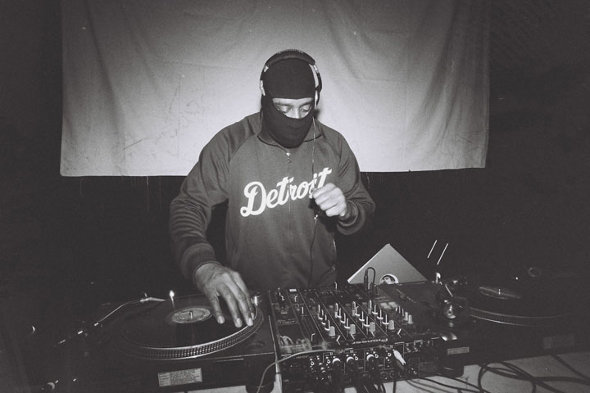 Sherard Ingram has a new EP of crisp electro ready to drop on Barba.

There’s little telling where you’ll next see DJ Stingray popping up. The Detroit electro veteran has a heritage that reaches right back to the core of the seminal Drexciya and Urban Tribe crews, although his own independent releases have only been surfacing more prevalently in the past seven years or so. From an initial affiliation with Belgian label WéMè through to link ups with other European concerns as diverse as Pomelo, [NakedLunch], Unknown To The Unknown and TRUST, the masked machine funk specialist has been nothing if not approachable when many of his Motor City peers can operate in somewhat insular ways.

Of course Stingray’s openness also reflects the eagerness of European labels to connect with the foundational sounds that emanated from Detroit (as well as Chicago and New York), and so it goes with the concept behind Burek sublabel Barba. Named after the Croatian word for a wise old uncle, the previous releases from Alex Cortex, Marco Bernardi and Heinrich Dressel amongst others have all been rooted in sturdy outboard sounds that hark back to the good old days.

As such, it makes sense that Stingray (with his 313 suffix in place) delivers Barba’s fifth missive, making clear the influences and intentions of the label in sharply defined, uptempo form. With typical technological romanticism the titles veer from “Communication Systems” to “IP Ping”, while the polished and developed productions come embellished with sci-fi ready vocal slices. As well as three original tracks from Stingray, UK old guard Aubrey has been called upon for a remix in a continuation of the wider recognition the oft-overlooked artist has been enjoying in recent times.