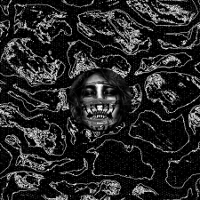 The future of experimental club music has never felt so present as what it does now with the likes of instrumental grime and other experimental abstractions taking a foothold of late, with crews like Janus, PAN and Boxed to London’s Endless Crew farming wild new sounds, and artists. Relating to the latter is the teal-haired, Chilean-born artist Kamixlo, resident of London Endless party who’s earned a following on SoundCloud with tracks he’s made featuring collaborations with crew-mates Blaze Kidd and Sad Boys’ Blazee. His debut release arrives on PAN offshoot Codes overseen by Visionist (supplying a remix here) and it’s a lambasting intro which slams together digitally encrusted blends of ‘deconstructed’ Latin and Caribbean styles of dance like reggaeton and bachata to devastating, almost unexplainable effect.
Listen/buy vinyl

Kit Clayton is one hell of an enigma these days and it was around 2007 that his last solo release hit the shelves. The San Francisco native is a producer who can be spoken about in the same sentence as artists like Pole, Deadbeat, Burnt Friedman and Jan Jelinek, largely for his role in helping define the early years of Stefan Betke’s (aka Pole) label ~scape. Clayton inaugurated the label in 1999 which then released his debut album later that year, and now it finds a reissue on the prolific Frankfurt label Rawax. It might not be the most obvious of outlets to reissue Kit Clayton’s seminal Nek Sanalet considering a great deal of the label’s music comes from artists like Ron Trent, Neil Landstrumm, Marco Bernardi and Steve Murphy, but there is a strong dub element that runs through Rawax thanks to Russian techno purveyors like Unbroken Dub, Unbalance and Alex Danilov. Regardless of this side-tracking footnote, when it comes to original dub techno and other related experimentations this album is up there as one of the best, and can easily be spoken about in the same sentence as Basic Channel, Chain Reaction to DeepChord and Monolake.
Listen/buy vinyl 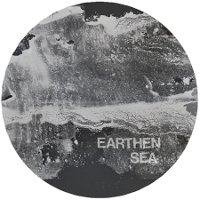 Recently described by Oli Warwick as “a concise artistic statement,” we’ve been waiting a long while for this album by Jacob Long to finally land. It’s been Ital’s Lovers Rock label that’s provided Long’s Earthen Sea project with a platform to receive some warranted attention following cassette releases on Brooklyn label Imminent Frequencies, and should the Mirage 12” have passed you by Ink is the perfect starting point. Three of this LP’s eight tracks actually blend into each other to form a conceptual 15-minute montage that proffers a deep, Silent Season type of dub techno listen bristling with what the label describe as an “impressionistic dreamscape of American life,” which, suggestively, best be heard on the deeply reflective “All Men Know The Truth”. It’s an album which provides all the hallmarks of a quality ambient and dub techno record without stigma attached to a genre so often lost in stasis.
Listen/buy vinyl 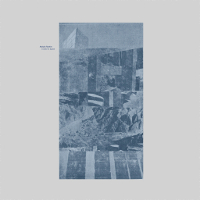 Heavily engaged in projects like Lundin Oil and Ulwhednar, to maintaining his Northern Electronics label, solo Abdulla Rashim material has been a rare thing over the past 24 months.  Two live cuts from 2014 did surface on Berlin Atonal this year, however his last proper solo release arrived on the Swede’s currently inert Abdullah Rashim Records. A Shell Of Speed sees Abdulla Rashim continue to plunge deeper into the depths of his finely cultivated sound and it’s tracks like “Scania Floods” that will eerily tantalise your senses should you transport yourself from where you’re reading this now to a dark dancefloor with this being played. The levels at which this album dives sees the artist’s sonic aesthetic reach his nethermost realm yet, as heard in “Separation Of Senses”, however the music does surface to shallower waters in “Crossing Qalandiya”. A record design for the abyssal.
Listen/buy vinyl 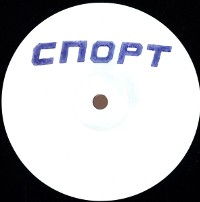 It seems by the week home grown Russian electronic music on a slightly more adventurous tip is edging its way into this weekly column. Last week we featured Lapti’s ambient house sessions on V Tiraj, and now we have Pavel Milyakov further proving Russia is a country of vast electronic music waiting to be mined. Like Lapti, his music has previously been self-released, although the artist did appear on Nicolas Jaar’s Other People label last year, and alongside Ekoplekz and Willie Burns,  Milyakov has delivered Sex Lies Magnetic Tape a cassette. Here the Russian producer commits 12 techno, broken beat and ambient, to other industrial, hardcore and jacking vignettes to two-sides of vinyl and fans of anything from Livity Sound, Demdike Stare and The Trilogy Tapes to post-Pan Sonic sounds should check this out.
Listen/buy vinyl

It’s been a long time since we had some new material from Morgan Geist under his own name. The man most famed for his work as one half of Metro Area has been far from quiet, baiting the charts with the crossover success of his Storm Queen project, but it’s been seven years since “Detroit” dropped on his own Environ label and now he’s back with some fresh heat. Supposedly keeping the budget low and playing it from the heart on these four tracks, Geist sounds as on point as ever. “Trackstar” in particular thumps with an energy that’s hard to resist, all hooky leads and crisp, punchy drums in the true Geist style. Even if this was his attempt to keep things stripped-down and simple, one suspects it’s hard for Geist to not make a great sounding, loud and powerful record.
Listen/buy vinyl

Africaine 808 – Rhythm Is All You Can Dance EP (Golf Channel)

There has been a noticeable gap between Africaine 808’s last outing and this one. The German duo got off to a promising start with two self-released joints on their own Vulkandance label, drawing up connections with Jan Schulte or Wolf Muller as he is more widely known, and then they leapt to Golf Channel for the excellent Lagos, New York 12” last year but there has been no activity since. Now the pair come back out into the fray with a new release that further mixes up their love of traditional African music and contemporary electronics. The title track piles on bright, zingy synth lines with a Shangaan flavour to them, while the easy-grooving house beat comes laden with additional percussive flairs, creating a rather feisty beast of a track. Wolf Muller is also back in the mix with a version that predictably steals the show, homing in on the lopsided drums and getting jiggy with the synth lines to marvellous affect.
Listen/buy vinyl

With news bubbling up that a full-length may be on its way very soon, things are looking rosy over in the Rhythmic Theory camp. Not that you would be able to tell from the tone emanating out of his tracks, and as he returns to regular haunt Idle Hands he sounds as moody as ever. “Future Tense” is poised on a sparse set of drums and a deadly bass hook that make for a prime demonstration of British soundsystem minimalism, and remixer October follows suit with his “Death Is Certain Dub”. Keeping true to the structure of the original, the fellow Bristol resident instead whips up some acidic counterparts and weaves expressive slithers of drums and FX into the mix without stealing the thunder of the lean and mean original.
Listen/buy vinyl

Initially associated with the Rough House Rosie label, Russian artist Shine Grooves has already been seen once this year on the Pandora, but his emergence is still proving to be a slow one. Shoring up at the ever-trustworthy Kimochi is no bad move, and it makes for the perfect setting for the plush, melody drenched style that Mr Grooves imparts. Often taking the less obvious path in his musical quest, the likes of “Smoke” weave an enchanting tapestry of dubbed out synth accents and lightly brushed machine rhythms, but there’s still space for some solid mixing fodder particularly in “Roughness” with its SUED-compatible tumbling tech tones. “Old Radio” is also a gem worth checking, the title hinting accurately at the fuzzy ambience you can expect folded in amongst the undulating lead lines.
Listen/buy vinyl

Florin Büchel has done plenty in his career so far, most notably as C.C.O with releases on Mathematics and Lux Rec amongst many others, and so it’s not hard to ascertain that his style favours the jackier end of the electronic music spectrum. On this new concept project the same hardware focused remit remains, while the theme is based around shady CIA experiments with LSD as a mind-control device. Musically this results in six slabs of acid that brim with effervescent musicality and generous lashings of psychedelia, particularly reveling in dreamy melodic content that counteracts the gnarly 303 lines perfectly. There is space for tougher material, as EP opener “The Legacy Of Operation Paperclip” attests with its urgent jack-hammer drums, but by and large this is a more reflective record for deeper moments of acidic abandon.
Listen/buy vinyl