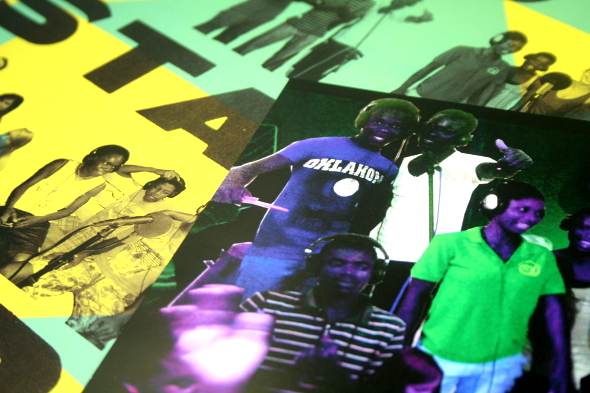 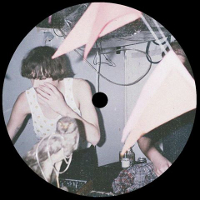 Superconscious may not be a label that takes themselves too seriously, however the music is no joke, and semi-ironic Swedish pairing Mount Liberation Unlimited are given a second release by the Australian imprint after they debuted on Mr. Tophat’s Junk Yard Connections last year. This three-track Trail To Life Goes Up 12” adds to the sonic identity Superconscious is slowly developing; distortion coats the tracks in fuzz, not crunch, with flung out synths and chords adding warmth to beat down drum tracks of different tempos. “Polyphonic Spree” will be a DJs favourite here as the southern hemisphere warms up for summer, while a mellow alternative can be found on the B1, “Glow On” – that is until the military snares announce themselves in the track’s final third. And for some downtempo, instrumental hip hop that sounds like Dynamo Dreesen put through the ringer, check out “Munk Funk”.
Listen/buy vinyl 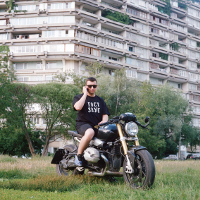 Considering how vast the country of Russia is, it would be naive to think, musically speaking, there’s not much going on. If you have the ability to list five Russian producers off the top of your head then your doing alright, but if not, meet Lapti. Real name, Алексей Гусев – have a go at pronouncing that – first surfaced on Belgian label Vlek, home to Juno Plus favourites like Ssaliva, Sagat and Bepotel, in a collaboration with Squeaky Lobster, providing the label with a second release. Since then, Lapti has digitally self-released the bulk of his work, and the hard work has paid off by landing an album on the equally enigmatic ГОСТ ЗВУК (Gost Zvuk Records) label. We can only assume it’s Гусев himself on the cover art, responsibly pulling over to make a phone call, and the music presents 11 colourful splashes trippy ambient house and instrumental beat productions that given another opportunity would easily fit on labels like 1080p, Pacific Rhythm or Mood Hut. Seriously, tip!
Listen/buy vinyl

Martyn – Falling For You (Ostgut Ton) 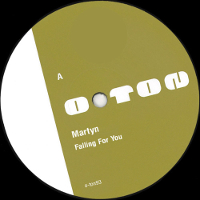 3024 boss Martyn is no stranger to Berlin juggernaut Ostgut Ton, remixing Shed’s “Another Wedged Chicken” (alongside Surgeon) with his track “Miniluv” was cherry picked by Ben Klock for his Berghain 04 mix (and don’t forget Klock’s legendary remix to “Is This Insanity”). Martyn is now given his first solo 12” on the label and delivers three melancholic-tipped Chicago-styled house tracks with some killer bassline and percussive work. They’re tracks you can imagine fitting snugly into one of Steffi’s Panorama Bar sets, and highlights of the music includes the beautiful pianos of “Falling For You”, the swathes of dub chords in the U-Bahn referencing “U1 – U8” – think “Vancouver” – and the shuffle and keys of “Ahmadiya”.
Listen/buy vinyl 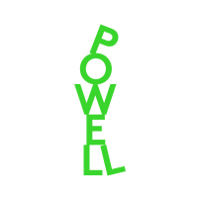 It’s safe to say Powell is pretty much everyone’s favourite techno rebel right now, unless you’re, say, Steve Albini. Seeking clearance for samples of his voice, Powell wrote to the rock legend – widely known for his work with The Pixies, PJ Harvey to his work in Shellac (and much more) – asking for permission. Albini’s response? “I am absolutely the wrong audience for this kind of music. I’ve always detested mechanized dance music, its stupid simplicity, the clubs where it was played, the people who went to those clubs, the drugs they took, the shit they liked to talk about, the clothes they wore, the battles they fought amongst each other… basically all of it, 100 percent hated every scrap.” But ultimately his answer was, “you’re welcome to do whatever you like with whatever of mine you’ve gotten your hands on. Don’t care. Enjoy yourself.” Thank god for that, now we can too!
Listen/buy vinyl 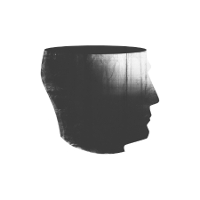 You could say Silent Season releases a lot of music, but the label’s vinyl output is a far more limited affair, and it clearly takes a special something to have your music put out on wax by the British Columbian label. Refracted debuted on Silent Season in 2013 with the Along A Ghostly Trail 12”, and the Spanish producer has honed his craft as a purveyor of Italian-styled bassline techno over the past few years, and comes full circle somewhat by returning with his debut album. It provides all the shamanic qualities you would expect from a producer who once had ties with Prologue, however the density of the productions go further than to just facilitate club play. Indeed there’s a spectral narrative laced through the music as a sequenced whole, beginning with the ghostly forest sounds of album opener “Enter The Jungle” through to the Neel-like ambience of “Exit The Jungle”. In between? You’ll just have to experience that for yourself, but it’s quite the journey.
Listen/buy vinyl

As if Glasgow’s Green Door studio needed any more reason to be universally loved; they’ve now teamed up with youth initiatives in Belize and Ghana to equip children with musical equipment. Having taken members of Golden Teacher and others out on the mission, they’ve introduced these kids to drum machines and synthesisers, held recording sessions and distilled the results into a wonderful cross-cultural, intergenerational record that fizzes with imagination. From dubby workouts to traditional folk sing-a-songs, there is a lot of ground covered on Youth Stand Up! “Come With Me” is an instant hit with its rolling, funky rhythm section, while “Tsorna” ripples in strange synth ‘n’ percussion realms, but throughout the record that inimitable Green Door finish glues everything together into a powerful, freaky mess.
Listen/buy vinyl

Over the course of four years Louis Carnell has risen through the ranks to become a seriously formidable force in UK club music, in many ways spearheading the wild new frontiers of grime-affiliated production that have been coming to light in recent times. Now his ascension to high-brow artist is further validated by the arrival of his debut album on Pan. It’s pleasing to see that none of the edges have been rubbed out of his approach, as clanging melodies and weird R&B licks collide with obtuse sound design and low end pressure in the most alien of ways. The album title is surely tongue in cheek, as there’s nothing “safe” about the Visionist way, and long may that continue to be the case.
Listen/buy vinyl

Blazing a trail through the ravier end of the contemporary cultural collisions that make up the club scene, Super Rhythm Trax have been on ever-excellent form with recent missives from Andreas Gehm and G-23, but with this record they might well blow even themselves out of the water. There may be plenty of use of amen breaks in techno these days, but Luca Lozano comes wading in fresh from outings alongside Fett Burger and Mr Ho to lay down some utterly unquestionable belters on the Outer Space EP. The sheer weight of the kicks on “Outer Space” are enough to get any hyped up dancer going ballistic, while the measured deployment of breaks adds a killer lilt to proceedings. “End Of Line” is equally feisty, and yet within these muscular club constructions there is space for warmth and melody, which is a rare treat with such punchy productions.
Listen/buy vinyl

As Omar-S continues to support the less heralded protagonists of the Detroit music scene, John F.M. gets a third look in for this year with this self-titled EP. As ever the guiding hand of the FXHE label boss can be detected encouraging the music to come forth, but there’s certainly a distinctive character at work in John’s creations that is all his own. Lead track “Jehx” is especially curious with its jagged drum machine pulses and warbling synth lines, but then there are also some sublime and subtly humourous R&B tones to be enjoyed on “Motion” too. Omar-S gets to grips with “Alone” on the flip and turns out a slow-creeping, heart break version before John finishes off with the grubby acid funk of “Gump”, making for one of the finest FXHE joints in a while.
Listen/buy vinyl

Tel Aviv-based duo Red Axes are becoming ever more essential with their own spooky take on wave-infected house music, having already laid down wares for Hivern Discs, Edit Service and Multi Culti this year. Following on from the recent release of Shem Vol 1, the pair have already cooked up a second EP for regular haunt I’m A Cliche and it’s a winner. The lead track “Shem” keeps a firm grip on early industrial sensibilities, allowing the synths to bubble and murmur without disturbance, but by the time “Oh Key” comes marauding in with its Cramps-friendly guitars you know you’re in for a different kind of ride. “Sweet John Gang” too finds choice squalls of nightmare swooping into the mix, and in the end you’re left with a groove that calls to mind the leading lights of the New York no wave scene.
Listen/buy vinyl