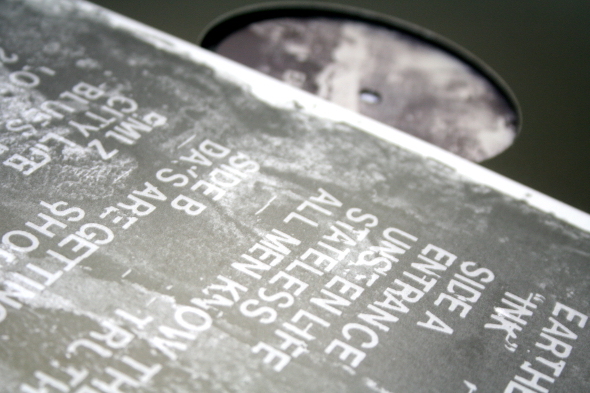 Jacob Long’s Earthen Sea project is a venture that feels like it has led two distinct lives so far. Prior to surfacing on Ital’s Lovers Rock label with the Mirage 12” last year, Long had released a multitude of cassettes under the alias on labels such as Imminent Frequencies and Magic Bullet, stretching back to the mid ‘00s when there were far fewer tapes knocking about. Long has also spent plenty of time working alongside Ital, first appearing in their group Mi Ami that kicked off Lovers Rock many moons ago, taking part in the post-hardcore band Black Eyes and more recently starting up the Sleeper Cell project that has so far yielded a single 12”. This new wave of releases on Ital’s label feels like a concerted effort from Long, given contextual glue by all appearing in one place, and in that sense it seems separate from the earlier Earthen Sea material. 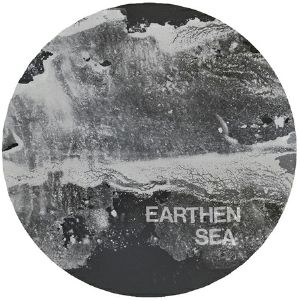 Considering that Ink is pitched as an album, it actually only covers a little over half an hour, making it a concise artistic statement on Long’s part. Three tracks of the eight are in fact welded together as a fifteen minute suite, but in the misty setting of Long’s musical world time becomes something of a secondary notion. If you were already drawn to the sounds of Earthen Sea from the previous releases then there is nothing to throw you off guard here, whether it be the rippling delays that float in a beatless reverie on “Entrance” or the purposeful march of the drums on follow up track “Unseen Life”.

At all times the drenching melodic content is given pride of place, and it comes at you in graceful swells of different timbres that bleed in and out of each other, from mournful string sweeps to fragile chimes and amorphous pads overlaying until the splits and joins are no longer audible. The beat is so straight-forward on “Unseen Life” it seems to only exist there as a marker, dutifully buffeting along the lackadaisical musicality lest it drift right out of the arrangement. In a way though the choice to include such a drum track and not resort to outright ambience is significant. By including that sturdy 4/4 beat the track is not only energised but also marked out as a track that can or should be mixed. It’s a very different kind of DJ tool compared to a bare bones drum workout, but no less a powerful one.

“Stateless” features a little more interplay between percussion and melody, although it’s notable here that atonal textures crackle arrhythmically in the ambient wash behind the lead elements, sounding starkly monochromatic against the more familiar touches of melancholia. Here, a low-frequency hum seems to glue the track together and usher it forwards like a wide, slow-flowing river, capturing a dub techno spirit that reveals itself in the last moments as the rest of the track falls away, leaving a perfectly shaped chord to echo in its own space.

The outright ambient moments in Ink make for a natural way of managing the pace of the album without losing that comforting, heavy-lidded glow that hovers around the music, although buried somewhere in the distant speech of beatless interim cut “All Men Know The Truth” may be a message that gets lost in the reverie. It does however feel like a mere filler before the triumvirate of “Days Are Getting Shorter”, “RMLZ” and “City Life” embarks on a lengthy journey. The first part is a haunting exercise on ambient drone, using layers of found sound on top of shifting plates of harmonious tones, the tidal washes of static growing in stature until one of those neatly trimmed beats comes slipping in through the fog.

It’s not uncommon to use water and mist imagery to describe ambient music but here the notion is so palpable it seems hard to think any differently. It takes a while before the drum track can take hold, occasionally getting buried in the sand only to get exposed once more by just the right amount of undertow. In this gentle pushing and pulling a truly hypnotic effect is achieved, where it hardly matters if the beat is there or not, and that previously mentioned absence of time becomes ever more real in the lack of a standardised structure. As the suite climaxes, so a forthright beat appears and it sounds all the more invigorating for this.

In a sense the album closer “Blues In Black Ink” feels like a resolution after that meandering, disorientating swamp of sleepy techno. It may indeed move with the same soporific pace, sporting the same heartbreak refrains and plenty of delay and reverb, but there’s something about the key used, the space afforded to the sounds, that seems to clear the mind of the intense fog it’s just been subjected to. It’s a wonderful fog to get lost in, representing the ideal way to approach a single, consistent concept and make it engaging from start to finish. It may be a short album, but when the time can stand still like it does within Ink, why make it any longer?