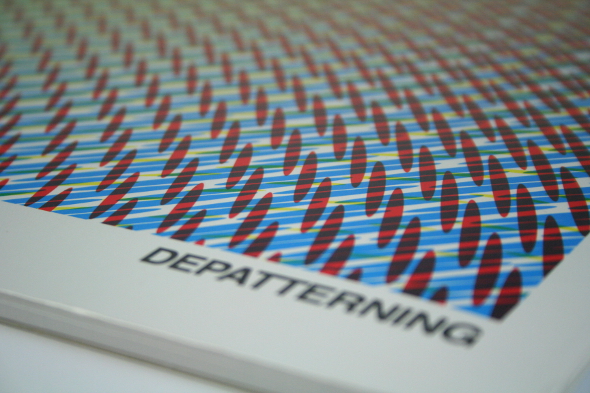 Pop songs are usually most recognised for their sequences of components like intro, verse, chorus, bridge, etc. Dance music however often breaks free from these prevailing formulas and helps emphasises sound through bodily experience instead, with producers creating new structures to move to, to listen to, to feel. The title of Ipman‘s debut album, Depatterning, perhaps refers to Jack Gibbons’ attempt to dismantle existing structure. The Herefordshire-based producer quickly gained recognition in the dubstep world after his first releases in collaboration with Killawat. Their single Darkplace/Sur Place landed with variations of heavy drums and bass on Tempa. Ipman showed a deep understanding and skill set in the construction of tracks firmly rooted in dubstep. He created dark and heavy atmospheres within his arrangements, broken beat and Reese basslines. With Ventricle/Decomposer, his single for Pinch’s Cold offshoot, Ipman took another line and revealed a rough analogue techno and electro side to his music. This new album for Pinch’s main outlet, Tectonic, combines both styles with experimentation in analogue hardware.

Depatterning is opened by “Regicide” which found its own single release earlier this year, and a storm of heavy drums creates a mysterious atmosphere as Amen breaks approach. Ipman cites rave and sound system culture with vocal-samples from a sound clash praising the tune as one of the heaviest in the universe, and then the storm breaks loose. It’s not the only ode to jungle raves of the past though, with Ipman adding touches of techno which adds to the sheer size of the piece, delivering the most thrilling track on the album.

Besides the heritage of dub and jungle, techno seemingly remains an inspirational element throughout the album. Second track “Gravity” begins with a solid 4/4 kick followed by a bleep that introduces a minimalistic and stepping hybrid; interlinking dubstep and techno. Perhaps this is a good example of the so-called Bristol Sound that lays in Pinch’s hands. This continues with an ever-present rummaging bass that gains full control in “Technicolour”, while “IPA” is Ipman’s take on dubby techno with rolling cascades of drums, which is again another example of Ipman combining a 4/4-structure with dark sound design, spaciousness and suspenseful build ups of thick analogue hardware production.

While “Ø” demands silence, Ipman gets murky for the dancefloor with “¥” with the help of a stomping 2-step beat, sinister synths and vibrating bass. “Ø”, exclusive to the digital release, has little percussive elements to its rhythm, however sounds crackle and chords open up into wide spaces. “Ü” – the final part of the triptych “¥”,“Ø”,“Ü” – again combines elements from techno, jungle and drum and bass by intertwining mad half-step rave with melancholic and ghostly vocal samples, soft melodies and harsh noise. “Strong Ones” stays ravey too, and leans more toward techno than it does breaks.

Ipman builds club tracks with detailed structures and varies his rhythms from genre to genre, hence Depatterning is the perfect example of his approach to the music and particularly the instruments at hand. By rewiring synthesizers, rearranging beat loops and applying different effects, Ipman builds new forms, changes existing ones and presents his own interpretation of the transitional space that is bass music infused techno.