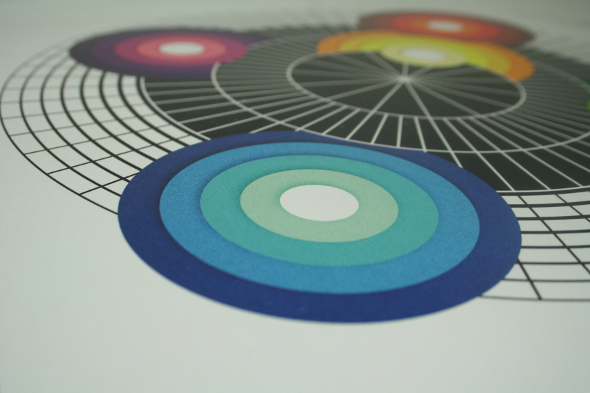 Gilb’r’s Versatile label has always sported a penchant for the strange and unusual within its more clearly defined house and techno remit, but this album from sound scientists Jonathan Fitoussi and Clemens Hourriarre promises to go down as one of the most experimental in the label’s history. The backdrop to the making of the record was something of a synth nerd’s dream; Fitoussi and Hourriarre were invited by EMS Stockholm to visit the manufacturer’s studio for a week-long residency, using very little besides one of the iconic Buchla 200 synthesisers as a sound source. 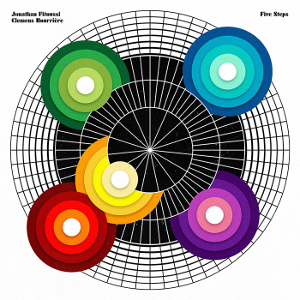 One of the first kinds of modular synthesiser, the Buchla machines have been rising in prominence recently as recognition of early synth pioneers such as Morton Subotnick has increased, with modern-day artists such as Surgeon now stepping out with Buchla kit in tow. The 200 series, originally built in the 1970s, allowed almost every parameter in the synthesiser to be controlled from an external control voltage, making it one of the forerunners to modular as we know it today.

Fitoussi and Hourriarre clearly have credentials in their fields as sound engineers, hence being granted access to such a classic piece of hardware, but more important than that is the quality of the music they created. Understandably Five Steps holds together in a very natural way, all the music coming from one instrument as it does, but there is still a great depth and diversity to the tracks they have created. The long, balladic pieces such as “Moonish Landscapes” and “Five Steps” speak their emotional purpose long before their technical origins, evoking exotic imaginary places with broad brushstrokes of melancholy. That these places are hard to relate to anything earthly speaks volumes for the transcendental, otherworldly qualities of an instrument such as the Buchla 200, but its truly distinctive nature comes through even more explicitly on the shorter excursions.

“Ice Stalactite” is manna to any lover of synthesised sonics, capturing that addictive globular sound that turns from an electronic signal into a drop of water in the minds ear, needing to do little more than revel in its own unbelievable nature as it cascades down its atonal notes. To a different degree, “Drum Circle” also demonstrates a staggering power of the machine with its ability to conjure up the most enticing and shapely of percussive sounds, and deploy them in intricate, hooky rhythms. This quality too comes through on “La Colline”, and the end result is an incredibly expressive, dynamic brand of electronica that expresses the facets of complex technology through surprisingly organic sounding tones.

The work Fitoussi and Hourriarre have delivered here moves very much like a classic of the academic synthesis world, and while some might argue that doesn’t make this a ground breaking or startlingly original body of work, there’s much to be said for knowing how to muster expressive, aurally satisfying music out of a tool at your disposal. In this instance, Five Steps is an absolute joy to dive into from any angle, which is the most fundamental reason to check out any piece of music.

A1. Petits Pas
A2. Solstice Winter
A3. Drum Circle
A4. Moonish Landscapes
A5 .Dreamachine
B1. Five Steps
B2. Ice Stalactite
B3. La Colline
B4. Lights Sequence
B5. Instants Ephemeres