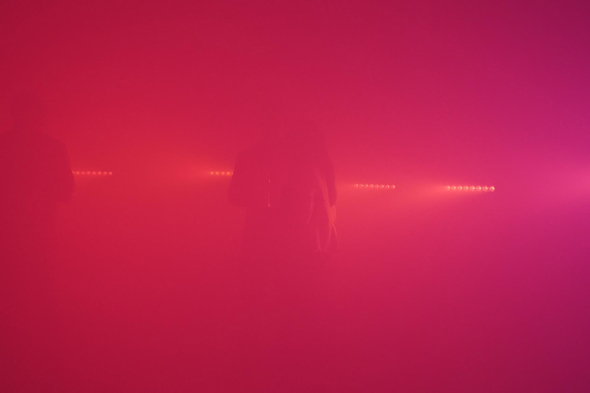 The Polish festival has added Tim Hecker’s “multi-sensory” Ephemera collaboration and sets by Prostitutes, Michał Wolski and Lutto Lento to its line up.

As the clock ticks down to Unsound 2015 the excitement surrounding this year’s festival is arguably at the highest its ever been, which in part largely comes through the event’s theme of Surprise. When the full programme was announced in August, the line up, which ranges from artists like Charles Cohen & Rabih Beaini, The Black Madonna and RP Boo to Lady Starlight, roughly a third was blacked-out to only be revealed when the festival takes place. Unsound have, however, announced Tim Hecker’s Ephemera project will take to the stage with lighting from MFO and the ‘olfactory component’, or smell, provided by Geza Schoen.

In addition to this, festival organisers have also revealed that a special pre-opening event will take place on Saturday, October 10, at a 19th-century water supply building on the banks of the Wisla River. With Moritz Von Oswald Trio member Max Loderbauer, Poland’s Jacek Sienkiewicz will perform a live ambient set built around the duo’s Ridges EP released on Recognition Recordings in March this year, while additional names added to the bill include Prostitutes, Michał Wolski and Lutto Lento, among others.

Furthermore, Cherrystones and Lovely Jon will bring their all-night movie marathon to Unsound for a sixth time and it’s been revealed dancer Avril Unger will perform with Planet Mu sensation Jlin, with news Pedro Maia will deliver visuals for Shackleton and Nissenenmondai.

Unsound Festival will take place on October 11-18 and for more information visit the Unsound website.