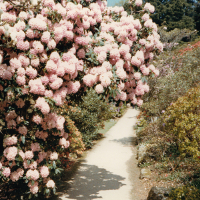 The thirteenth Opal Tapes release of the year comes bounding in after quality issues from Michael Vallera and Perfume Advert amongst others. Patricia (or Max to his friends) has previously surfaced on Opal Tapes a couple of years ago with the Body Issues album, which also scored the accolade of being the first Opal Tape to be upgraded to vinyl once the Black Opal line started. This time around his sounds have been pressed straight on to wax, and the six tracks exude the kind of quality that completely justifies the move. From haunting, deathly deep house on “Mercury In Retrograde” through to the dusty machinations of “Bed Of Nails”. This is a collection wreathed with grubby outboard processing but not at the expense of soul. It may be gloomy in Patricia’s world, but it’s also mighty inviting.
Listen/buy vinyl

Tomo Akikawabaya – The Invitation Of The Dead (Minimal Wave) 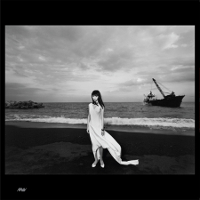 You would have to be a serious minimal wave digger to already be in possession of the original ’80s works of Tomo Akikawabaya, who had a short run of astounding releases between 1983 and 1986. The Japanese artist was contacted after some tribulation by the Minimal Wave label team, and between them a selection was made for this plush double-vinyl release, which contains all of the tracks from his The Castle and Anju releases. With some careful remastering and a faithful packaging that continues the theme of featuring model Rena Anju on the cover, this release acts as a wonderful wormhole back into the recent past, with Akikawabaya’s strained vocals and brooding synth lines fitting in perfectly with the overall Minimal Wave aesthetic.
Listen/buy vinyl 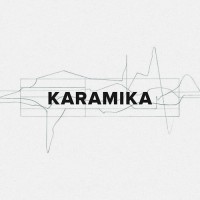 ESP Institute continues to deliver the kind of otherworldly goods that other labels just can’t reach with this unique collaboration from Black Merlin and Musiccargo. Bridging the gap between London and Düsseldorf, this 12-track project very clearly sports the hallmarks of each artist and gels them together into a smooth, enchanting paste. The opening track “TON 1” especially captures their respective spirits as Merlin’s ranging synth lines flirt with the tumbling percussion of Musiccargo. In other places the obvious tropes drop away for a more ambient atmosphere, while elsewhere the pace picks up with a mean arpeggio and a sturdy percussive thump, but everything is finished with a grittiness that suits the combined style perfectly. It’s an unexpected fusion to be sure, but in such crossovers are timeless records made.
Listen/buy vinyl 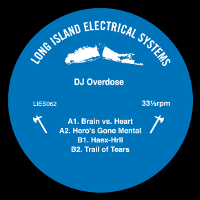 From cult figure in the ever-venerated Hague scene to widely name-checked electro champ, it’s been a fine rise for DJ Overdose over the years. His releases have tended to come out rather sporadically, but the past couple of years have seen him picked up by the likes of Lunar Disko and Pinkman, not to mention the label he dropped on Créme Organisation in 2013. His signing to L.I.E.S. is surely a nod to the level of respect he commands, and it stands out as one of the rare releases that come from outside of Morelli’s immediate circle. The crisp, clear punch of the drums sound fresh compared to the more usual dirt and distortion on the label, but this in no way detracts from Overdose’s instinct for low-down nastiness. Whether you want the restrained creepiness of the title track or the uptempo squelch of “Heax-Hrll”, this is grade A machine funk.
Listen/buy vinyl 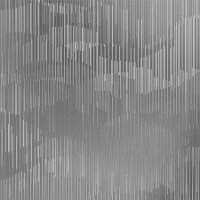 After the mesmerising power of their debut album Waiting For You, King Midas Sound return with an intriguing new proposition that widens out the scope of their end-of-the-world heartbreak ballads. In the first part of a four-strong series, Kevin Martin and co. have reached out to the highly decorated ambient instrumentalist Fennesz to lend his shimmering guitar tones to the creative process that has wound up as Edition 1. Roger Robinson and Kiki Hitomi both play their parts perfectly in vocalising the gloom, while Martin is in control as ever wielding the delicate and deadly into an unholy union. You can certainly sense the fragility of Fennesz’s contributions lingering in the emotionally fraught sonic landscapes, and it perfectly contributes to the sad but beautiful world KMS inhabit.
Listen/buy vinyl 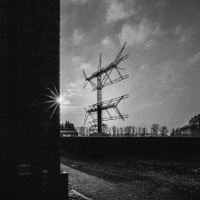 It could be argued that Emptyset were one of the acts who truly inspired the new wave of drone and noise appreciation after their debut album landed on Caravan back in 2009, joining the dots between wilder strains of monochrome techno and the sonic terror of artists such as Merzbow. Since then the duo of James Ginzburg and Paul Purgas have plunged further into the outer realms of sound processing, and so it is on this new two-track release culled from a performance at CTM in Berlin earlier this year. This project in particular deals in a patient kind of tonal examination that drifts in and out of earshot with subtly shifting characteristics. There are less thrills and spills and more slowly unfurling ideas, the devil most definitely being in the details, but that is of course the direction a project such as this one is committed to exploring.
Listen/buy vinyl 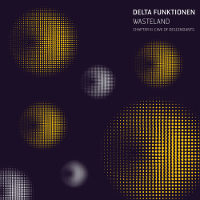 Niels Luinenburg has certainly seemed to be enjoying himself with this Wasteland Chapter series on his own Radio Matrix label. The Commander Keen-referencing project has already borne two installments of the razor-sharp electro-techno fusion material that Delta Funktionen is readily associated with, and so the theme continues on the final outing for the project with a sure-footed club sensibility and plenty of space for mood enhancing decoration. “Phantom” is definitely the grumpiest of the two tracks with its chomping bassline and po-faced temperament, while “Bunker” and “Mutant Society” have a more joyous time of it with their gutsy melodic hooks and sizzling processing. Luinenberg is the perfect example of steely floor material delivered with verve and flair.
Listen/buy vinyl 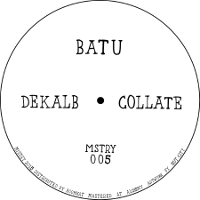 After first emerging on Dnuos Ytivil and Cold Recordings in 2013, Batu has gone from strength to strength with his icy bass fusion sound that marries the brittle percussion of industrial techno with wild sound design moves and an ever-moving compositional instinct. So it continues to be the case as he gets snapped up by Beneath for a turn on Mistry, and “Dekalb” certainly stands tall as a fearless production that cares little for what anyone else thinks. The lead elements twist and contort while the rhythm section plies a slow and unconcerned trade in restrained malice, in stark contrast to the urgent flailing of “Collate”. Here the bass is king and the drums snap and judder around this monolithic lynchpin of low-end noise, once again confirming that Batu is increasingly not to be messed with when it comes to adventurous production.
Listen/buy vinyl 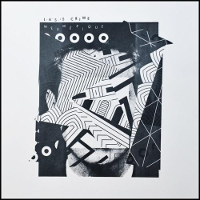 Originally active through the ’80s, the Italian duo L.A.S.’s Crime never really broke beyond the home-made tape scene when they were active. Of course we live in times when such artists are now hugely celebrated and pressed to vinyl with gusto, and so Spanish label Domestica have set about collating some of the finest tracks from this limited run of cassettes and fashioning a fine retrospective LP. The sound should ring true with any lover of classic coldwave business, all reverberating vocals and urgent arpeggios speaking the same goth-tinged message of imagined romance and wistful futurism, moving between the angular experimentation of “The Waiting” to the charming synth pop of “Macabradanza”. With a level of song writing to match the titans of the age, it’s a shame that L.A.S.’s Crime didn’t find fame in those early days, but it makes their recognition now all the sweeter.
Listen/buy vinyl 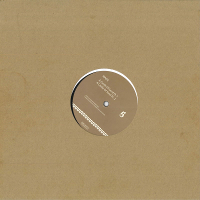 Takashi Wada has plenty of electronic music heritage behind him, with multiple albums on Onitor over the past ten years that have dealt in more experimental tones alongside the likes of Vladislav Delay and Robert Lippok (and the TASE project with SVN). Now though the Japanese producer is three records deep into a new series of club-ready 12”s, plying an ear-snagging trade in house music with warmth, character and a healthy amount of weirdness. “A Castle Of Sand Pt 1” features heart-melting synth lines and pleasingly dusty drums that sit in a happy loop with no need to change course, while “A Castle Of Sand Pt 2” takes a loose trip into clattering percussion that suits these off-kilter bongo-led times perfectly. It’s a surprising split between the two sides considering they are parts 1 and 2, but either way the record is bursting with personality as well as rock solid groove.
Listen/buy vinyl