With the continued attention being placed on Polish house music, The Very Polish Cut Outs has established itself as a trustworthy outpost for some of the most upfront sounds of a 4/4 nature emanating from Eastern Europe. In keeping with the disco-fuelled themes preferred by the label, this fourth installment in the label’s Sampler series features lashings of organic, groove-powered soul music that will keep the shining long into the autumn months. Karol Aleksander has a slick boogie undertone working its magic on “Witajcie W Moim SwiecieI”, while she plies a more cosmic uptempo trade on “Ja”. Radar & Unitrax join forces on “Diamentowa Kula” and bring a feverish energy with them, mainly brought about by the highly strung synth line warbling throughout the instrumental cut. Selvy then cools things off with a sumptuous soul turn on “Piec Minut Lez” for the more sensitive corners of the night, but without losing that essential Polish ingredient.
Listen/buy vinyl

Following on from the ambitious Format LP that found Trevor Jackson’s latest creations released across a multitude of different mediums (from VHS to Minidisc and beyond) The Vinyl Factory have a new single from the Output main man to impart to the world. The two versions of “300 Words” are very similar in their construction, using a delicate but unnerving spread of reduced percussion as a bed for wraith-like synth lines for a subtle but hugely effective end result. The ghost of grubby post punk lingers in the finish of the tracks, whether you plump for the original or “no voice” version, and with twenty minutes afforded to each take there is plenty of time to lose yourself in the patient, undulating rhythms.
Listen/buy vinyl

It has been eight years since Stefan Betke last graced the world with his distinctive take on stripped back dub inflected electronics in the long player format, and in that time he has clearly switched his focus to conjure up a fresh sound that reflects an artist constantly looking to broach new territory within his sound. Across Wald a variety of different moods appear, from the rhythmic crunch of “Kautz” to the organ-infused ambience of “Salamander”, but this still feels very much like a Pole record. At times the melodies seem like the biggest change, with new motifs such as the string swells on “Moos (live)”, whereas on the likes of “Worzel (live)” the spirit heard on classics such as 1, 2 or 3 is still very much present. It’s a record that will satisfy long-time fans of Betke, while bringing something resolutely new to the table.
Listen/buy vinyl

Founded by Dario di Pace, Pellegrino S. Snichelotto and Massimo De Lena, Early Sounds has been busy building up a unique aesthetic that relishes archaic musical styles and refigures them into new alchemical compositions. Since the respective members have already laid out previous visions in separate configurations of projects and solo affairs, the newest transmission from the label has taken shape as a LP of wondrous dimensions. A rough finish applies to all the tracks but the melodic hooks, samples and scuffed drums all brim with imagination and a surefooted sense of fun. There is oddball experimentalism to be found on “Ocean FM” while “Ancient Lizard” rocks out a tripy disco funk that’s hard to argue with, but really every track stands proud on its own as well as contributing to a resolutely enjoyable overall aesthetic.
Listen/buy vinyl

Best known for his groundbreaking work in Horsepower Productions, Benny Ill doesn’t often step out in his solo guise which makes this appearance on Swamp 81 an occasion worth celebrating. It’s made all the more exciting by the unexpected nature of the music contained within, which sidesteps his more familiar 2-step work for a rough hardcore throwdown in two different versions. The breaks come choppy and fearless on both sides of Swamp91, with the latter pipping it in terms of sheer nightmare rave presence. From terrifying hoover stabs to choral vocal licks, this is the deadliest dance music as crafted by a man who has taught generations how to make proper soundsystem music. There may have been many imitators after him, but Benny Ill is a sure shot for learning how UK hardcore-derived music should be done.
Listen/buy vinyl 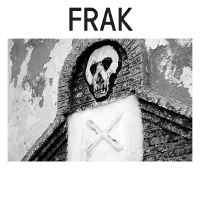 Has there been a Frak release to date which couldn’t share the title Primitive Drums? Zurich’s Lux Rec is a label that’s hosted its fair share of brutal beats in the past, and stand out releases in those stakes come from Aroy Dee’s R-A-G alias and of course Helena Hauff’s most recent Shatter Cone, and we recommend you also check out Echo 106’s wonderful double pack Infernal Regions. There’s no denying this slab from Frak is another highlight too, and if you want a thick serving of the good stuff head straight to “Lance Stroboscopes”; now just find yourself a dirty club and hammer it out. It’s not all nattering Scandinavian jack though, and you’ll find some more relaxed EBM melodies on B2 cut “Flashrock”. Frak’s quality never ceases to amaze – or stop!
Listen/buy vinyl 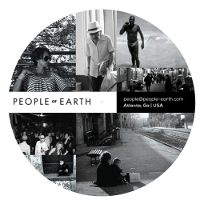 Formulate a list of the most trusted American house producers who have been kicking about since the turn of the millennium and Kai Alce is up there with the very best of them. This Sunday Transit record, which inaugurates the People Of Earth label, has the pace of a warm weekend’s afternoon; it’s mellow, shimmering and full of Rhode-driven soul. “Quiet Revenge” plucks some classic synth action from what sounds like a Basic Channel record which adds a subtly deep yet delightfully glittering touch. The title-track is a bassline groover with drums that sink into its mould, and the dub version loses the vocals allowing the keys and synths to wander free, as you would on a Sunday.
Listen/buy vinyl 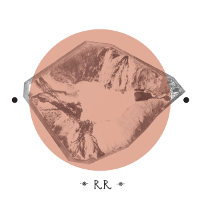 Rrose, so to speak, has let her hair down in 2015, delighting us with more productions than we’re used to hearing from the subversive producer. Rrose, is one of those enigma’s that allows experimental sound design to creep into the realm of techno, not the other way around, so if there is any functional dancefloor juncture to Rrose’s music, it’s going to be a bomb. On this record you’ll find the only straight up ‘banger’ is the sinister “Purge”, and while there are discernible rhythms in tracks like “Curl” and “Hole” they won’t be the easiest of tracks to beat mix with something from say, Function. No complaints here though, and for the deepest of listens take the plunge into “Adrift”.
Listen/buy vinyl

General Ludd – Are You Losing My Hearing? (Mister Saturday Night) 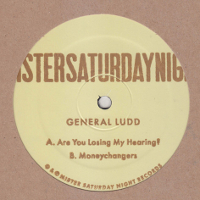 Sporting the best militaristic moniker since Skint’s Midfield General (aka Damian Harris), Dam Mantle and Richard McMaster’s General Ludd handle returns to Mister Saturday Night with a second record of warped, psychedelic sounds. It follows the pair’s debut on Doc Daneeka’s Ten Thousand Yen label with the Rare Earth Metal EP, and it’s a bass weighted trip through click and clack, synthy sound design that’s reminiscent to early Sepalcure music on Hotflush. That can especially be said for the title-track, however there is a housier, dub-tinged techno feel to “Moneychangers” and it’s a track, used well, that will freak out the dancers just like DJ Koze’s “Mr Bojangles” can.
Listen/buy vinyl 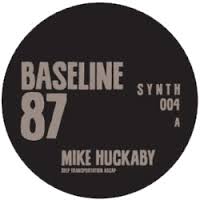 It’s tracks like “Bassline ‘87” by Mike Huckaby that really prove simplicity is key to perfection, and here you’ll find three simple ingredients; a meaty kick, off beat claps and closed hi-hats, and that timeless bassline (of course). Pepper the mix with a few cymbal crashes and it’s the best recipe for a house production you could ever ask for. On the flip you’ll find a slightly musical alternative in “Muzik For The Dance Floor” which has those same ingredients only adding a repeating synth for extra flavour. This record has been off the menu since its first release in 2011, so best get you next helping now while it’s still hot, because, like your grandma’s cooking: this never gets old.
Listen/buy vinyl