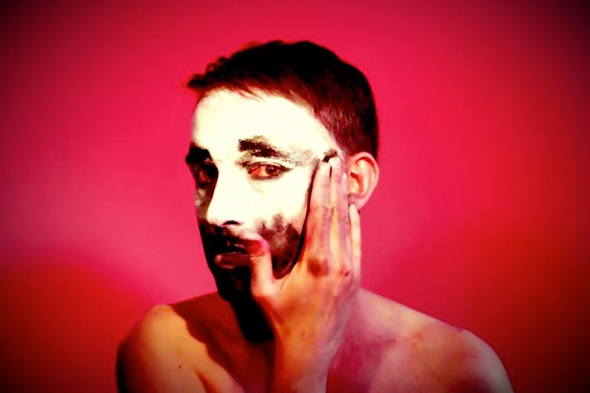 The new collaboration will come out as a four-track EP and an accompanying video.

With his The Eyes In The Heat and Broken English Club ventures bringing his music into a new focus, it has been a bountiful and particularly creative time for Oliver Ho in the last couple of years. When James Manning spoke with Ho back in April, he considered that the BEC project in particular felt, “fuelled by a queer synthesis of sexual liberty, glamour and art fused by the warehouse grit of punk, synth wave and noise inspired techno.” Danny Passarella meanwhile is embarking on a new journey of sorts, having started his own label up by way of his collaboration with Perc, the Cronenberg-inspired Videodrome 12”. The Passarella Death Squad member (real name Danny Broddle) also wields considerable clout in the London fashion scene, and such a backdrop certainly feeds into this new release on the Passarella imprint.

M U L T I finds the pair of producers joining forces in the studio with a clear purpose in mind. They pitch the record themselves as, “an exploration of gender and growth, moving between the superficially binary genders, creating new identities through this process.” The track titles, “Male”, “Female”, “Back” and “Forth”, back up this notion, while the sounds themselves exist in something of a soundtrack-indebted space removed from the more direct output both artists can be known for. The style of the tracks gains further context with the twenty-minute video that has been made by Rufus Ho and Javier Gallego to accompany the release, further demonstrating the stated themes of Ho and Passarella’s creation. The project will be premiered at KAOS as the London event celebrates its twelfth birthday on November 7.

Passarella will release M U L T I by Oliver Ho & Danny Passarella at the end of October.