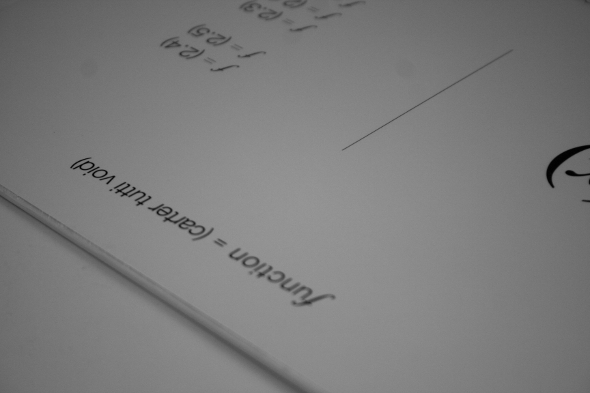 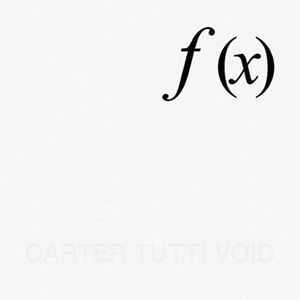 That was something of a triumph; a cross-generational celebration of experimental electronics and industrial culture that brought together originators with a contemporary musician who has never hidden her love for Throbbing Gristle’s musical vision. The released recording captured the spontaneity of their live performance, which expertly melded Carter’s modular synthesizer work, with Tutti’s freakish electronics and Void’s other-worldly guitar textures. It was raw and brutal, but surprisingly sparse given the trio’s effects-laden, experimental approach.

Given that the spontaneity of live performance played such a large part in the appeal of Transverse, it’s interesting to note that they’ve completely flipped the script for this belated second album. While each of the six, ten-minute workouts that make up F(x) would no doubt have emerged from long experimental jam sessions, they were recorded, produced and layered up in the studio, with all that entails. You would expect the resultant tracks to have extra depth – the 64-track mixing desk allowing for multiple layers of distortion, a multitude of distinctive guitar parts, vocal edits, percussive elements, and so on – but perhaps lack the balls-out, screw-you intensity of the Transverse recordings.

In truth, that’s pretty much how the album pans out. For the most part, it’s dense rather than intense, with a creeping paranoia and uneasy spookiness that takes time to really get under your skin. Given the hypnotic, repetitive nature of the tracks – rhythms rumble on incessantly, changing little throughout each track save for the addition of thick layers of effects, while guitar textures and electronic noises roll in and out of the mix – it’s fair to say that the album rewards repeat listens. Equally, the flexibility offered by the studio-based approach gives the six tracks greater depth. For the most part, they’re nowhere near as intense as those on Transverse, but they’re certainly far more psychedelic in feel. Imagine a maxed-out, industrial take on minimal techno, or a nightmarish take on the cyclical minimalism of Steve Reich and Terry Riley, and you’re close.

There are plenty of subtle variations, and occasional changes in approach – see the heavyweight post-punk bass, vocal yelps and apocalyptic guitars of “F=(2.6)”, or the dub techno inclined throb of “F=(2.7)”, whose drawn-out guitars wrap themselves enticingly around Carter’s instinctive beat patterns – but for the most part the tracks sound like riffs on the same dystopian theme. Yet they’re so otherworldly and – whisper it quietly – trance inducing, that you barely notice. F(x) is an album to be listened to, and enjoyed, as one singular piece, rather than in a piecemeal way.