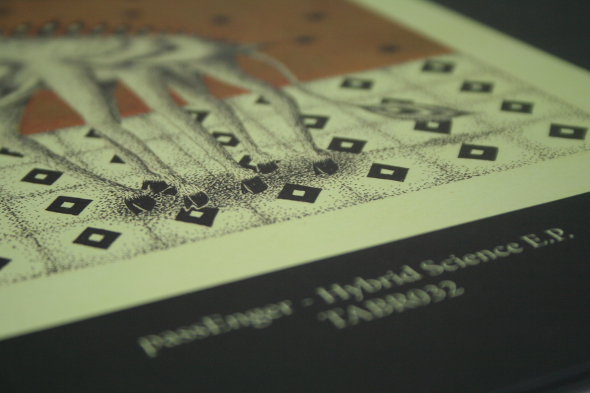 There’s always been something stripped back and matter-of-fact about Tabernacle Records’ releases. While their 12” singles come with printed labels, they generally offer up little else in the way of information about artist or release. This may be due to a desire to retain an air of mystery – something they’ve long cultivated – or simply an attempt to let the music speak for itself. Either way, the message is simple: listen and come to your own conclusions. If you want to find out more, do the digging yourself. 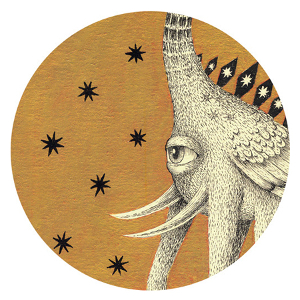 It doesn’t take much in the way of research to find out more about the man behind the passEnger [sic] alias, Italian producer Andrew De Maggio. He’s been a part of Tabernacle’s extended family of associates since the label’s very first release – 2010’s The Black Mask E.P – contributing the shimmering Detroit futurism of “Placid Haze”. Hybrid Science marks his first full solo release for the left-of-centre imprint, and comes on the back of a half-decade’s worth of intermittent releases for Icon of Desire, Eclipsemusic and Electronique.it. For the most part, he’s kept these spacey and melodious, doffing a cap to Pete Namlook style ambient dreamscapes, Underground Resistance, early ‘90s “intelligent techno” and, occasionally, the fizzing, far-out electro of Drexciya.

Generally speaking, De Maggio has dealt in gentle escapism – ambient and floor-friendly retro-futurist daydreaming that appeals in its simply beauty and attention to melodic detail. It’s perhaps because of this that Hybrid Sciences sounds like an important release for the little-known Italian. While these influences are all present and correct, the E.P’s five tracks wander off down different oaths, combining his ‘90s chill out room fantasies and Motor City dreams with darker textures, tougher drum machine rhythms, and a more robust, Tabernacle-friendly outlook. For good or bad, it’s the sound of a producer evolving his sound.

This is most evident on opener “Correlated Motions”, where fuzzy, manipulated snatches of sound and a thunderous kick drum combine to create a thumping, post-apocalyptic rhythm. Throw in some hissing cymbals – long an aural trademark of Detroit techno – murky textures, spooky chords and a twisted acid bassline, and you have something that’s more bleak and paranoid than heady and picturesque.

This moodier approach is also noticeable on follow-up “Subsurfical Nerves”, though its’ quietly intense acid bassline and clap-heavy drum machine rhythm are countered by drifting sci-fi pads and mangled, metallic electronics. It’s still a more macabre proposition than much of his polished, eyes-closed fare, but hints at classic ‘intelligent techno’ material from the likes of Psychik Warriors ov Gaia, Bandulu and Banco De Gaia.

These influences are even more obvious on “Protong Genetics”, which sounds like it could have been featured on Volume’s influential Trance Europe Express collections of early-to-mid ‘90s techno and IDM. It’s one of a trio of B-side tracks that sit closer in outlook to De Maggio’s previous melodious output, whilst seemingly exploring the potential of vintage music-making hardware. The snappy, outer-space electro throb of “Epta Waves” expertly explores Drexciyan pastures in De Maggio’s inimitable way – think grandiose ambient chords and fizzing, intergalactic rhythms – while the gorgeous “Uranus Unknown” sounds like a long-forgotten Fax Records B-side, possibly composed by Dreamfish or Mixmaster Morris. De Maggio is on familiar ground, but there’s still a rawness present that was arguably lacking from his pervious releases.