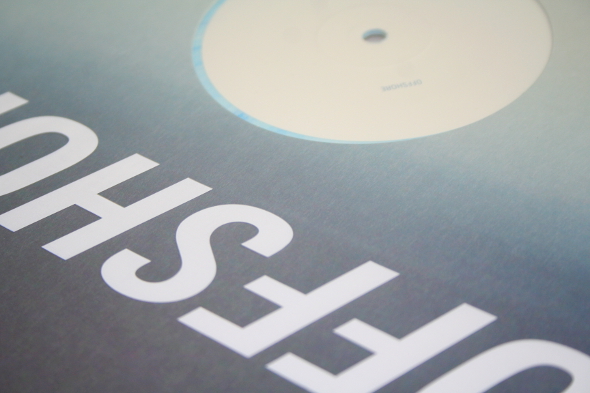 Posthumous albums are sometimes odd projects; releases that weren’t intended by artists with questionable quality control. Think of the seemingly never ending flow of “new” J Dilla material that has surfaced after his passing. The continuous stream of newly “discovered” music, “lost tapes” and “rare” material is triggering collectors’ willingness to buy. It seems to be more of a conservative act than a progressive sign of discovering new – at least when it comes to the music of other influential and popular musicians like  Kurt Cobain or Aaliyah. 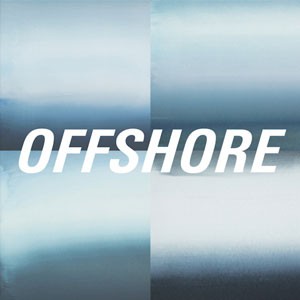 The perspective changes when a label decides to release a posthumous album of someone whose music is far less known, and all profits from the record go to a charitable trust. It proves that it is about the artist, not about making money. This is the attitude that frames Big Dada’s release of a last album from Ewan Robertson alias Offshore, who died in 2012 at the age of 27. As a designer, together with Oscar Bauer, he created iconic covers for releases like Wiley’s Playtime Is Over and Bonobo’s Black Sands. He developed a simple and minimalistic pictorial expression that also went into the design of his own singles.

In 2009, a modern slingshot and a white rabbit decorated his first release, the 7” Black Destroyer Hill/ Simsalabim! After a self-titled EP for Stuff Records, Robertson’s relationship with Big Dada extended to releasing music in 2010. His second EP for the label, Pacer, was a white label in a black sleeve with screen printed outlines of soles that became Offshore’s visual identification mark. The records were not only strong visual works, but also, musically, made hefty statements. Hard to classify, his first tracks varied between crunk, hip-hop, dubstep and electronica. Heavy kick drums, serious snares and bass lines carried a high amount of energy. The main characteristic, though, is his use of melodies and percussive elements. Shortly before his death he made Bake Haus, a small album embracing a variety of sounds between video game-like 8-bit, Reese-bass, flute melodies and guitar riffs.

Offshore is made from material that the producer had more or less finished before his death and was destined to become an album. Together with Robertson’s family and partner, the people at Big Dada tried to create an album they thought would match Robertson’s vision. The album is built from short tracks – more than half are under the three minute mark – that appear like sketches. This gives the album a feeling of constant movement. Still Offshore continuously floats as a whole, with the thoughtful arrangement giving the impression of a mixtape. Robertson’s beats connect with a weirdly hopping and driving character, finding shape from the unusual choice of drum and percussive sounds.

The single “Off Peak” that gave a short impression of the album, is a slowly bouncing track with firm bass and a beat between hip-hop and grime. It’s the last track of the album and shows only one side of it. “J Bouncey” opens with an electro beat made from beatboxing sounds that’s accompanied by catchy melodies of synthesizers that end in the rough chords from an electric guitar in “Make It Up”. They perfectly fit in the clonking drums and airy percussion in their rough distorted style. The guitar is the leading instrument and has a major role in almost every track but is used in different styles. In the beautifully melancholic and warm hearted “Barden’s Burden” it’s picked notes intertwine with organ chords, while in “Church Rhythms” single tones disseminate over a reduced beat and a funky bass and create width in which warm flute sounds appear.

While “Ruin” and “Start” are more like references to rock music, Offshore also has a weird, harsh electronic side to it. “Flickbook” and “NY In A Minute” provide 4/4-kicks, hissing hi-hats and work with eerie synthesizer sounds. “Olympian” also has a house feel to it. The beat and quick single tones build a minimalistic skeleton in which melodies from synthesizers hook in. Hi-hats add more speed and a spreading synthesizer covers the whole before the beat and catchy bass continue to move forward. When Robertson constructs minimalistic yet floating beats like in “Swing” or “Turn That Down Upside Frown” and adds distorted bass, electric guitar and warm synthesizers, it sounds like they always form a set.

It’s the combination of classical elements with electronic instrumentation, jarring rhythms and percussive sounds that gives Offshore its very own sound. Ewan Robertson understood how to create minimalistic arrangements and beats that are captivating loops. And he had a feeling for the effective use of melodies to create emotion and surprising changes within the music. The producer developed a unique sound and production style that revealed witty humour in some moments. Thanks to Big Dada, Robertson’s family and partner in making this new, one more time.