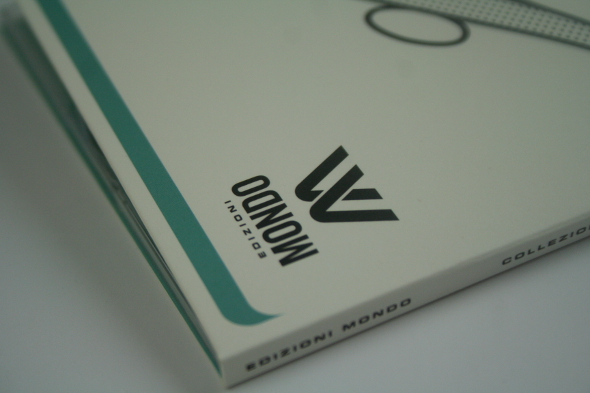 Most people buying dance records in 2015 probably won’t have any idea what Edizioni Mondo is all about. That makes sense, really, because despite being an affiliate of Gerd Janson’s ever-eclectic Running Back, this Italian label doesn’t deal in what most would consider dance records at all. In fact, based on the young label’s self-identified raison d’être alone, this is one catalogue that movie buffs might be more inclined to seek out. 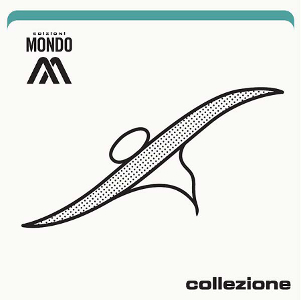 Founder Francesco De Bellis (aka Francisco and one half of both Jollymusic and MAT101) was inspired by the music of mondo films, a now-esoteric shockumentary genre with origins in 1960s Italian cinema. Intended to inform audiences about world – hence the use of the Italian word ‘mondo’ – cultures, these movies relied on authentically-obtained documentary material, and on footage which was staged but presented as the real deal. They existed to titillate and disturb by showcasing sensationalist and often explicit content. 1962’s Mondo Cane was the pioneering title, and the springboard for subsequent entries into what became a moderately successful, if far from highbrow, canon of exploitation film.

The bulk of the earliest mondo movies surveyed and fetishised the supposedly “exotic” cultural practices of faraway lands. Through a contemporary lens, it’s easy to recognise these “ethnographic” odysseys for what they truly were; showy distortions of reality driven by racially and ethnically insensitive, sexist, and homophobic partialities, and cooked up from a particular hegemonic perspective (see also: Africa Addio, Addio Zio Tom, Shocking Asia.) In the late 70s and early 80s, the genre became further bastardised as filmmakers worked to assuage audience hunger for increasingly graphic entertainment. They did so with a parade of dismemberment, torture, execution, and death more broadly, relegating the mondo film to a special and mostly forgotten place in the history of fucked up B-movies.

With all of this unpleasant background in mind, it’s strange and amusing that Collezione is such a joy to hear. Each of Edizioni Mondo’s four releases, first issued as limited 12” pressings over the last two years, are compiled here in CD form, staying true to the order in which those records were released and recreating their individual tracklistings as well. The original series is inherently conceptual, involving everything from the artists’ shared connection to a particular but unidentified Italian seaside locale, down to the library music LP-inspired artwork featured on the sleeves. No matter the format though, these downtempo cuts are textured and romantic – and importantly, nowhere near as gaudy as the perceptibly dated stuff of mondo soundtracks. A comparison to library music in general is actually more apt.

The thematic thread of the sea is made apparent within the first few seconds of opening track “Blue Marine,” in which L.U.C.A., a new alias from De Bellis, employs the ebb and flow of waves against shore, the cawing of seagulls, and the chirping of an albatross. Related effects, such as rainstorms, the shrieks and laughter of children at play, and the whacking of a tennis ball being hit back and forth, openly evoke a nameless but still familiar environment over the course of the music that follows. Many of the track titles further cement this motif.

Rotla (Raiders of the Lost ARP, aka Mario Pierro) is next, with an acoustic guitar-laden section that is unfortunately a bit toothless for this reviewer’s tastes. This is followed by more engaging contributions by De Bellis and Federico Costantini (Luminodisco) as Studio 22, and finally by two sets of brothers (Luciano and Valerio Raimondi + Michele and Giacomo Righini) under the name Odeon.

Collezione is cosmic and shimmery, and it’s decidedly Balearic in both tone and spirit. Parts are stripped down and uncomplicated, others are more hot-blooded and expansive, but there is lots to love here. It’s rife with chimes and bells, which gives things an enchantingly candied quality, and while warbled and pulsing synths, plus all sorts of guitar, are featured prominently, so too are moments where steel drums, syncopated handclaps, choruses of “oohs”, and the clinking of a toy piano get to shine. It never feels top- or bottom-heavy – rather, these are comfortably balanced tunes that effectively summon summers at the shore, boats and birds skimming the water, and the kiss of sun on the horizon.

There’s enough going on that this compilation really requires repeated listens, but it gets better that way too. The most patient and probing will be rewarded with whisperings of 1970s America (“Cacciatori Di Frodo”, “Pic Nic”), arena rock ballads (“Precipizio”), and perhaps with Italy on the brain, I’m also reminded of Argento’s giallo classic Suspiria (“Anxur”), though each listener’s experience will surely be coloured by whatever snapshots of memory are being brought to the table. On closing track “Maga Circe”, the periodic croon of a bird, simple and pretty keys, and a mournful melody played by a solitary guitar are combined to heartbreakingly beautiful effect; it doesn’t immediately conjure any image in particular, but it’s the most beautiful point of the compilation, and it might also be the most beautiful thing I’ve heard all year.

Unlike the music of mondo movies, Collezione has depth and staying power, despite being a niche compilation inspired by a niche genre of film. This is one of those cases where club kids will scratch their heads, but soundtrack and library music aficionados, or even just those who identify with the label “eclectic,” will rejoice. Club kids could certainly do with taking a break from copping all those dance records and listening to something like this instead.