Listen to Nisennenmondai thrust forwards with #5 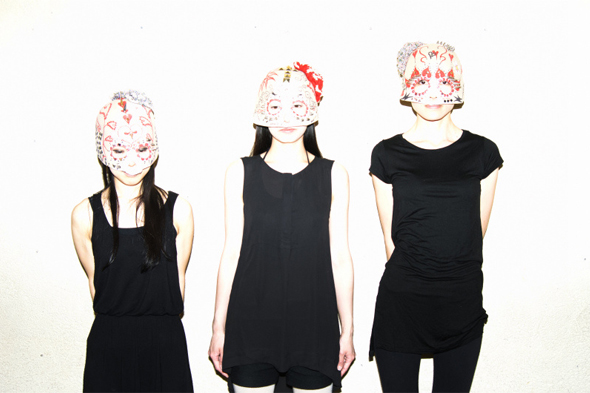 Get your hooks in an Adrian Sherwood-produced track from the Japanese trio’s new album.

Active in the field since 1999, Nisennenmondai have a tantalising amount of back catalogue work to delve through. The Tokyo trio are comprised of Yuri Zaikawa, Sayaka Himeno and Masako Takada, and with the well-worn pillars of guitar, drums and bass they make visceral, thrilling rhythm music that sounds tight enough to be wrenched from a drum machine. Their profile has started to rise on the international circuit thanks to a connection being forged with Shackleton, which led to a pair of remixes on his Woe To The Septic Heart! Label earlier this year, with the group preparing to appear alongside the maverick bass wielder at Unsound in Poland this October.

Their next album, entitled # N/A, will be released later in the year, and features Adrian Sherwood at the controls which should further place the group on the radar outside of Japan. Ahead of its release you can listen to the thrilling, unrelenting thrum of “#5” via the SoundCloud player below, which should get you positively thirsting for more from this powerful trio of instrumentalists. If you don’t want to wait until the album lands you can head over to the Nisennenmondai Bandcamp page to comb through their extensive back catalogue.