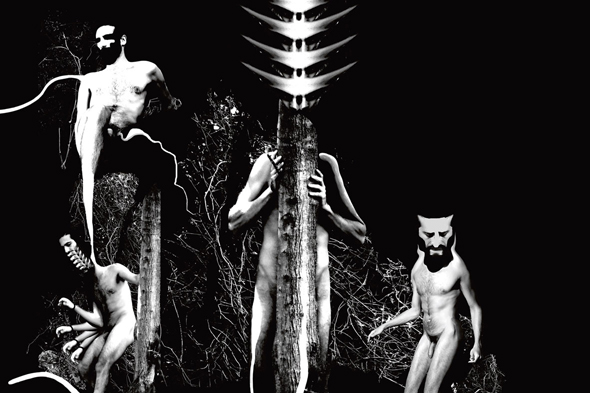 Zehn is comprised of thirty tracks spread across ten 12”s from Berghain and Panorama Bar regulars.

The presence of Ostgut-Ton in the contemporary techno landscape is hard to ignore. As the in-house label for the epochal Berghain and Panoramabar clubs in Berlin, the label has come to represent the sound of one of the go-to destinations for anyone wishing to understand what modern premier league dance music is all about. From the long-standing mix CD series’ to a steady stream of singles and albums from the residents and close friends of the clubs, there is plenty of material to work through over the ten year span of the imprint, curated with the same needlepoint focus as the week-in, week-out line-ups. It’s hard to believe five years have passed since the Fünf compilation, which was comprised of tracks made out of field recordings from around the former power station the label calls home.

Fast-forward to 2015, and the O-Ton gang have clubbed together once more to document the defining sound of the label in suitably monolithic fashion. Devoted followers will have to brace themselves for a big investment, as Zehn finds no less than thirty original productions spread over ten 12”s, each with unique sleeve art, featuring a sizable portion of the big hitters from the Berlin bastion. There are some intriguing collaborations, such as Luke Slater and Marcel Dettmann’s cunningly billed S/D project and Steffi and Martyn teaming up as Doms & Deykers, while Uwe Schmidt has two appearances as Atom ™, one alongside Tobias Freund and one on his own.

The full expansive list of tracks across the releases can be found below, while clips of all the tracks and the accompanying 12″ artwork can be soaked up over at the official Ostgut-Ton site. Those looking to help toast the occasion can join the gang for the launch party at Berghain on October 31.

Ostgut-Ton will release Zehn by Various Artists on October 30.