A third solo release from the Swedish synth expert, closing out a trilogy of EPs, is set to arrive on his own label in early September.

Now ranked up their with the likes of Yves De Mey and Peter Van Hoesen as a formidable presence in the realm of power electronics, Peder Mannerfelt follows up his superb The Swedish Congo LP, released by the latter’s Archives Intérieures label, with III.  It provides Mannerfelt’s epnoymous imprint with a fourth release following Klara Lewis’ Msuic Ep which granted the fellow Swede with her first vinyl release following her lauded debut album Ett. Fresh from a recent performance at last week’s Berlin Atonal festival (pictured above), Mannerfelt’s third solo record on his label delivers yet more abstract sound designs with a five-track EP described as “the final instalment in a trilogy of EPs”.

The record is said to be inspired by Mannerfelt’s formative experiences at Stockholm’s Holger nightclub where he first encountered “loudly played club music.” Mannerfelt adds: “The night was called dB and we lined up with our fake IDs every Saturday to hear Cissi Moon spin Drum & Bass records and let the bass engulf our beings… At the time the art of making electronic music was totally alien to me, I could not for the life of me work out how to ever make music that carried the same emotional and physical impact as I felt on that dance floor.” This record also follows Mannerfelt’s hook up with Simon Haydo on Avian and sees the Swede introduce seldom seen vocal work to his solo productions. 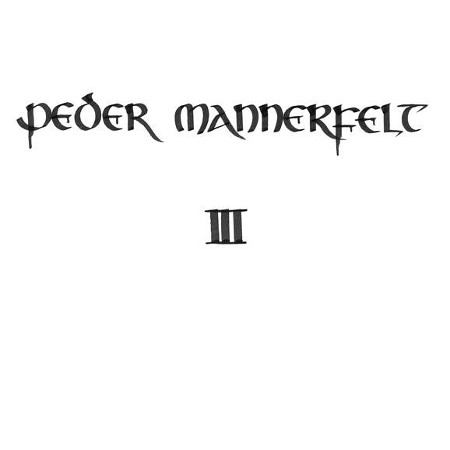