In the space of just two releases from Lutto Lenton and Niagara, Charles Drakeford’s FTD Records has demonstrated a willingness to embrace the more adventurous strains of electronic music that reflects well on his associated NTS show, From The Depths. “They’re all records that can sit in a record bag, with no real predisposed idea for how or when they might work,” is how Drakeford summed up his release schedule when discussing the label with us last year. Whilst both Lutto Lento and Niagara can count Juno Plus among their fans, neither are really that well known in the grand scheme of things, and the less-trodden path is taken once more for the third FTD release.

Hailing from Paris, brotherly duo Elzéard & Moana arrive on FTD Records with just the one prior release to their names as part of a split cassette issued by local operation Certified Tapes. The five-track FTD003 12″ is due out next month and represents the pair’s vinyl debut with the brothers taking a side each. Those seeking a taste of what to expect can stream the “twisted club excursion” of Elzéard’s “Cosmic Dust” below, whilst Drakeford’s talents as an designer should be applauded once more in some fine cover art.

From The Depths will release FTD003 by Elzéard & Moana on September 23. 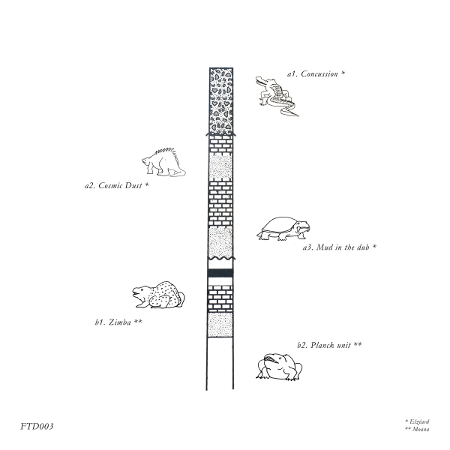