Damon Bell – Blues For The Libyan 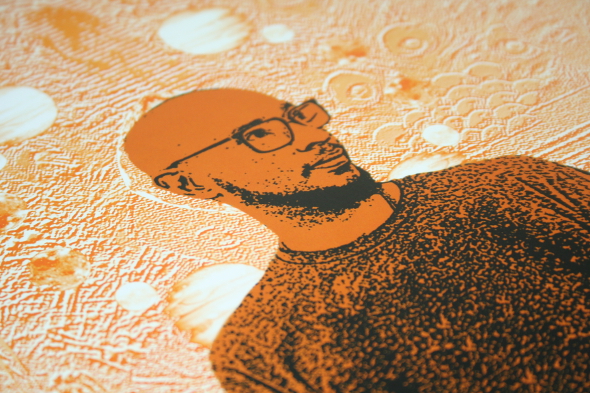 Back before Deepblak became a vinyl label, Damon Bell has formed a significant part of the Oakland-born operation. Alongside label boss Armon ‘Aybee’ Bazile and Eric ‘Afrikan Sciences’ Douglas Porter, Bell has helped shape out a cohesive aesthetic of cosmic, jazz-powered house music from the outer realm. It’s certainly been a strong few years for Deepblak as the reputation of the label has grown not least down to the strong album statements made by Bazile and Porter both individually and in collaboration. Last year alone there were the Sketches Of Space and Circuitous long players amongst plenty of other releases, and so it feels like it is about time that Bell stepped up and delivered a more detailed message than a single can allow for. After all, in music such as this the space to roam is a vital ingredient in creating flowing, thrilling, otherworldly sounds. 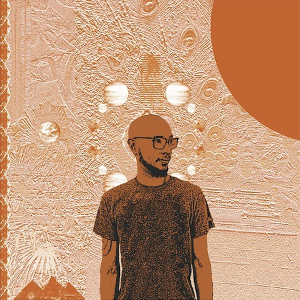 It’s fair to say that over the years Bell has represented the more focused, structured side of the Deepblak sound, and there are definitely places where that sensibility shines through once more on Blues For The Libyan. “Blood” unfurls itself with a reliable sense of locked in groove, instinctive hooks and an overall spirituality that aligns itself with Ron Trent’s more Afro-focused work and the ethnic channeling of Osunlade. Indeed the beats elsewhere can be more tangible compared to the flamboyant fireworks of Douglas, although on “Striving To Be Who We Are” the stomping drums are merely a background to starry-bright tumbles of piano, synth and congas that tease a lopsided funk around the anchor of the kick.

However being an album excursion, there is space for some more noticeably wild rhythmic work compared to what Bell has tackled previously. “Libyan Ether” is undoubtedly one of the most free-flowing tracks Bell has ever crafted, dealing in clamouring layers of rattling percussion, nerve-shredding jazz organ licks, and all manner of trance-inducing gunpowder. “Broken Feathers” is no slouch in the psych-out department either, processing drum hooks into beautifully bewildering configurations laden with the roots feeling that the Deepblak crew achieve like few others.

Perhaps the biggest surprise on the album is the bold and direct blast of the first track, “Chromosome Replacement”. The production in itself is a tech’d up thrust laden with punchy bass and a club ready drum pattern, but then Khalil Anthony’s vocal turn over the top shoots it into the stratosphere. Having previously surfaced on the excellent Thatman Monkz remix 12” last year, Anthony is a vocalist with a captivating, low register that brings a distinctive sense of soul to any track he touches, and so it is here as the roughly hewn pressure of Bell’s production urges him along.

It’s hard to label Bell’s debut album anything other than a rip-roaring success as it both widens out his own musical identity while remaining distinct from his peers. When a shared style is as tangible as it is between Bell, Bazile and Porter, it would be very easy for the sound of the individual to get lost but instead Blues For The Libyan stands proud on its own terms within the Deepblak fold.