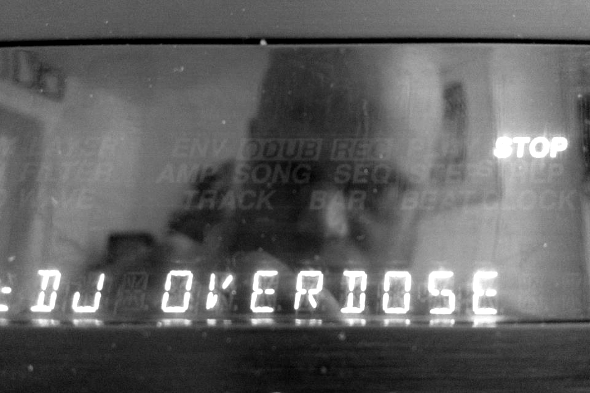 The vastly under-rated Dutch producer will land on Ron Morelli’s label with the Hero’s Gone Mental 12″.

Dig through any online or physical interviews with L.I.E.S. boss Ron Morelli, and Den Haag labels such as Bunker and Crème Organization always pop up when the conversation moves on to influences for his operation. The presence of Legowelt in various forms from the label’s earliest releases onwards was evidence enough of Morelli’s admiration for the Dutch West Coast, and now L.I.E.S. are set to welcome another storied individual from Den Haag in DJ Overdose. As Richard Brophy noted in his 2013 interview, Dutch producer Jeroen Warmenhoven doesn’t release that much DJ Overdose material with the flurry of releases that year bearing the name standing out as an anomaly.

Having already issued a 12″ through Viewlexx this year, DJ Overdose will next appear on Ron Morelli’s label with a four-track 12″ due in the coming weeks; brief press notes for Hero’s Gone Mental accurately sum up the Dutch DJ, producer, professor, and gardener as “the absolute shit”. The title track can be heard in full below , whilst a tweet from Morelli suggests the record has been a long time coming. News of Warmenhoven’s scheduled arrival on L.I.E.S. comes amidst a typically busy period for Morelli’s label with a new ADMX-71 album set to be joined by a further 12″ from Randomer and a debut from Philadelphia artist M//R. We can also expect a DJ Overdose 12″ at some point in the last quarter on Berceuse Heroique with full details on that forthcoming.