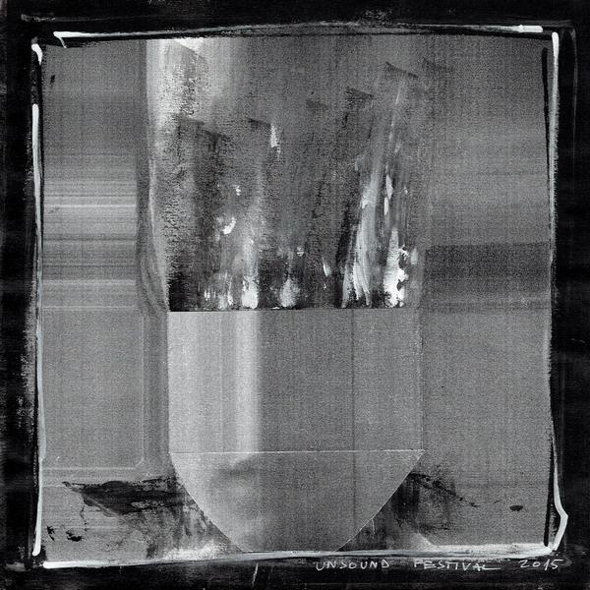 Charles Cohen, Surgeon & Lady Starlight, Low Jack and Levon Vincent are among the names confirmed by the festival.

Back in May, Unsound’s organisors revealed the theme for their marquee Krakow festival would be one of Surprise with few details beyond the confirmation of dates and a redacted press release put forward to accompany the announcement. In the ensuing weeks Unsound have opted for a visual approach to hint at some of the possible performers for the festival, issuing a series of abstracted portraits such as the one depicted above through their social media channels, with the lack of concrete lineup not stopping weekend tickets selling out.

Roughly two months before the festival gets underway, Unsound have elected to further outline their intentions behind the theme of surprise as well as announce almost all pre-announced performers. Almost half of the schedule still remains under wraps, “establishing tension between the known and the unknown whilst playing with preconceptions we bring to the act of listening, especially within a festival context.” Several new venues have been sourced for this year’s edition too, adding a sense of surprise for many Unsound regulars with a unique night held in an underground ballroom perhaps the most alluring,

In terms of those announced to perform, collaborations will be key to Unsound with a chance to take in the burgeoning creative partnership between Surgeon and Lady Starlight perhaps the most eye-catching line-up addition. Elsewhere Shackleton is scheduled for a world premiere performance with Japanese act Nissenenmondai, and Morphine boss Rabih Beaini teams up with Buchla master Charles Cohen. Rabit and Kuedo have been commissioned to work on a project for Unsound with visual input from Werkflow, with the other special commission a secret.

To avoid merely regurgitating the press release, Juno Plus applauds the addition of Paris man Low Jack, Mutual Dreaming’s Aurora Halal, Helena Hauff, a contingent from Príncipe Discos, FIT Sound’s Aaron Siegel, DJ Bone and Jlin who will be making her European debut with a live show featuring Florence To. A full run down of the announced names can be viewed below with further details on the programming and day tickets available at the Unsound website.