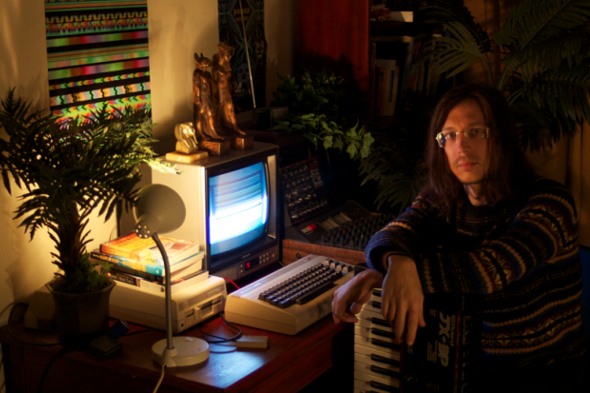 The Dutchman will issue a double LP version of the El Saber Del Arpavor cassette through his label Nightwind Records in October.

Not content with the constant clamour for new Legowelt material from other labels, last year saw Danny Wolfers start his own label Nightwind Records, described in suitably amusing terms as “The North Sea Institute For The Overmind.” So far Nightwind has been a platform for Wolfers to introduce yet more bizarre aliases such as ‘Nordic ambient’ pioneer Saab Knutson and Rising Sun Systems through low key digital albums and limited cassettes.

The most recent of these was El Saber Del Arpavor, a 13-track cassette under the name Calimex Mental Implant Corp. which arrived on limited gold-plated cassette back in June sporting a bubbling boogie approach reminiscent of his 2014 PPU 12″ Los Alamos Hotel. Perhaps emboldened by the positive reception to Berceuse Heroique’s recent reissue of his Smackos LP, Wolfers has now elected to reissue El Saber Del Arpavor on double LP format in October. You can hear the star-gazing boom bap of closing track “A Wolf In The Desert” below. 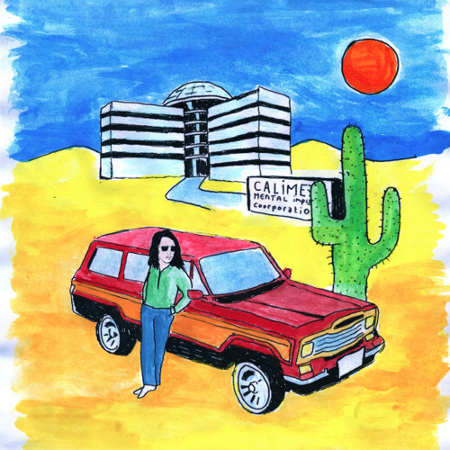