Batu brings the heat to Mistry 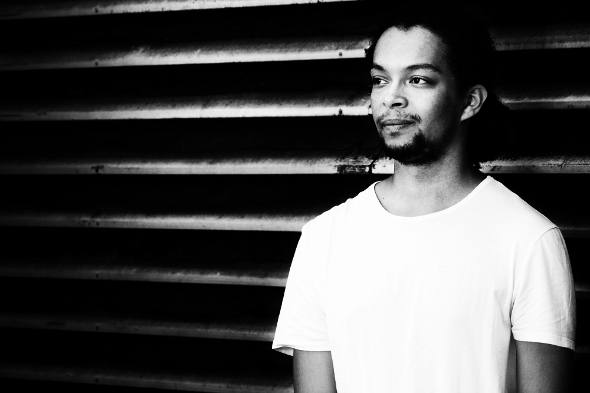 The rising Bristol producer has a two-track single ready to drop on Beneath’s label.

Clearly capitalising on an impressive start to his career, Omar McCutcheon has been ever more visible from his position in the new wave of Bristol bass-driven producers. Alongside the likes of Bruce and Facta, the man otherwise known as Batu has brought an undeniable sense of vitality to a briefly docile dubstep etc. scene, having first sprung up on Ytivil Dnuos and Cold before launching his own Timedance label and then sidling over to Hotline. As we revealed last week, Timedance is about to expand to showcase the talents of L.SAE, leaving it unclear when the boss man might return to his homestead. Outside of Bristol, Mistry has been an equal hotspot of low-end activity, with Beneath signing up the likes of Alex Coulton, Chevel and most recently Laksa to his fledgling imprint.

Now Batu is about to join the ranks of that label in a further exploration of the decidedly murky gutter between dubstep and industrial techno. True to the style, the single is a floor-focused two-tracker that revels in clanging metallic percussion and rowdy basslines that should get all kinds of crossover between those wanting to spice up their tough techno sets and those wanting to revel in the sonic devastation of it all. “Collate” in particular finds McCutcheon dropping some particularly nasty sub testers that hark back to the days of Unique 3 and Yorkshire bleeps n’ bass. You can stream the A-side track “Dekalb” over at FACT.

Mistry will release Dekalb / Collate by Batu on September 10. 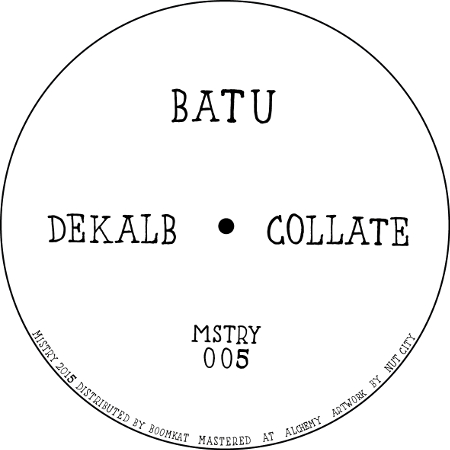 A. Dekalb
B. Collate