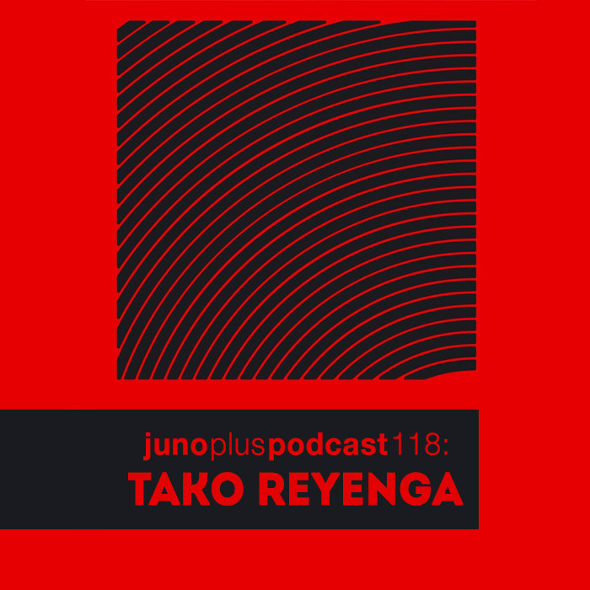 We excitedly present some 80-minutes of music pieced together by the Redlight Records and Music From Memory man.

For those unfamiliar with Tako Reyenga, the Dutchman is co-founder of Redlight Records along with Abel Nagengast, one of Amsterdam’s finest second hand vinyl outlets and a shop you lose countless hours in digging for gems. Reyenga and Nagengast are also responsible for the running of Music From Memory alongside Jamie Tillier, a label that has swiftly become a favourite of many collectors and selectors thanks to retrospective insight into the work of Gigi Masin, Vito Ricci and more. This mix from Reyenga for Juno Plus has been a long time coming.

Back in January, the core Juno Plus editorial spent a Friday night in a busy Hackney Wick venue for an event programmed by Melody As Truth and Music From Memory. A gentle and wholly rewarding performance from Gigi Masin was the main draw naturally, but we were left just as impressed by the selections from Reyenga as part of his back to back set with ‘Young’ Marco Sterk. Soon after came the bright idea to seek out Reyenga and size him up for a podcast, with the Dutchman happily agreeing without really settling on a submission date.

Fast forward several months and numerous podcasts later and Reyenga sends through an understated email one Friday evening in July with a link to a mix he’d recorded the previous day. Given his reputation as a record digger, explored in Resident Advisor‘s wonderful feature on Reyenga last month, we were understandably excited to hear the results. In contrast to Reyenga’s selections that night in Hackney Wick, or indeed the excellent back-to-back set with Orpheu de Jong recorded at Lente Kabinet earlier this year, this mix for Juno Plus is a much more contemplative listen; see it as an 84-minute ride through the more experimental corners of his enviable record collection.

In the hectic days preceding last weekend’s Dekmantel festival, Reyenga set aside some time to answer some questions about Redlight Records, DJing with his friends, what is coming up on Music From Memory and more.

Hi Tako, how are things in Amsterdam?

Hello! Things in Amsterdam are all right, at the moment it’s pretty hectic at the shop as there’s the Dekmantel festival going on this weekend and that always brings in an insane amount of record buying people. Which is great!

We gave you a pretty blank canvas for this mix, so what should our listeners expect?

When and where was it recorded?

It was recorded at home a day after I came back from a two week holiday in Bali, and I felt like listening to some records I had gotten just before I had gone way but hadn’t really listened to properly yet. So I listened to one record and decided to hit record button and see where it goes… So it was kinda done in one go without preparation.

This year we’ve seen you play back-to-back with Young Marco as well as enjoy the recording of you doing the same with Orpheu the Wizard at Lente Kabinet. Is this something you do regularly?

Yeah back-to-back is something I do regularly maybe even more then solo. It brings a nice unexpected dynamic that I enjoy and usually the people I play back-to-back with are on similar levels musically so …

Who is your favourite back-to-back partner?

I always really enjoy playing with my buddies Abel, James, Orpheo, and also Marco if that can happen.

You toured Australia earlier this year. How did you find the experience of playing down under?

It’s the best really, Australians are fun and love to party and there’s a great deal of outdoor gigs in the sun on rooftops and in alleyways that are sick… Not to mention just being able to be there and hit beaches and see koalas.

How did the tour come about?

Initially via an old buddy Julien Love; he hooked me and Gary and Brandon from Invisible City Editions up with his friend Jamie Bennett who is a great booker there and so got invited two years ago. The first time was so much fun we had to do it again!

It seems like your international gigs have been on a steady rise over the past few years – as a shop manager and label owner did you ever expect to be in this position? Does it encourage you to develop more artistically away from the business side of the game?

Since the mid ‘2000s I’ve always had little gigs abroad now and then but since the going of the shop and label yeah there came a bit more interest (also locally) which is great and it’s also super that Abel, James and Jamie are getting more gigs as they are all pretty awesome in my opinion . Personally I just can’t really find the time and energy to take on many gigs though. It’s a bit hard to combine a DJ career with running a shop and label. We are not with a lot of guys so … anyways it suits me fine to not have to play every weekend.

Artistic development is not something I am busying myself with really, I think I got a bit better at DJing maybe but in the end I don’t take myself too serious I sometimes just play records I like to people on a dancefloor that want to have fun. There’s not much more to it in my opinion. 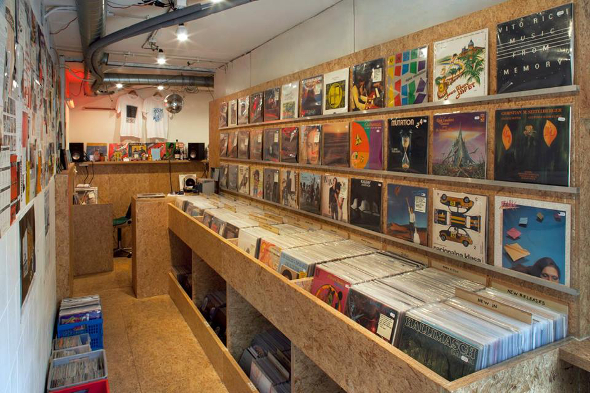 We’ve been fortunate to spend a few hours digging through the shelves at Redlight Records, how much time do you dedicate to seeking out stock for the shop?

We need to go out and find records all the time, we are a second hand shop so it’s not like we are ordering records from distributions to stock the shop, we need to find them in the wild which is getting harder every year.

From talking to other DJs it is clear Redlight Records is regarded as a very special place, did you think this would happen when you were in the process of opening the shop?

Me and Abel hadn’t a clue when we started, we just thought to give it a go!

With the shop based in near De Wallen, and your association with Redlight Radio, you must naturally frequent that neighbourhood a lot, do you find the area changing, or evolving from the cliché it’s generally known for?

I think the area and Amsterdam in general is getting more and more touristy. De Wallen became like Disneyland with lots of herds of grandmas and grandpas, kids and families and wasted teenagers being toured around by guides… Super annoying to wade through them going to work. On the other hand there’s a lot of cool and little spots opening in the area too like galleries, game halls, shops and coffee places (not coffee shops) and stuff like that.

It came out of the 1012 project, it’s the municipality trying to get rid of maleficent window renters and pimps… The buildings that become available are now rented out to these new entrepreneurs… We and the radio were also part of that!

Outside of Redlight Records do you have a favourite record store you always endeavour to visit when in the city?

Our neighbours Voudou Vintage Records are awesome, I buy records from them.

It feels like Music from Memory has been a very rewarding experience for yourself, Jamie and Abel. What has been the highlight of the label so far?

For us every release is like a highlight, every time we all get really excited when that first box from the pressing plant comes in and have a little cheers at the shop together.

We are extremely excited about the upcoming Joel Graham 12” on the label, what did he have to say when you tracked him down?

Yes we are also really excited for it, but we are experiencing some delay as we hadn’t been able to approve the test pressings yet but yeah hopefully it sees the light of day very soon! Joel Graham was discovered by Orpheo De Jong (owner of Redlight Radio), he has been diving into obscure tape releases and discovered a lot of great things like Joel Graham. We asked him if he wants to curate a compilation for us with more of these finds. But as we got in touch with Joel Graham we decided to go ahead with an initial 12” release. Joel seemed very surprised we found him as I think he only made a handful of these tapes back then.

Can you tell us what else is planned on Music from Memory?

So after Joel we are releasing an album by Napoleon Cherry, he’s is a musician from Philly and he did some pretty great lo-fi synth funk soul stuff. Also we just signed a contract with Michael Turtle who did an amazing album on Shout, the same label as Shoc Corridor. He’s from the U.K. and made a lot of music that didn’t end up on that LP around the same time that is also really amazing. From him there will be an initial 12” and also a double album later on. We have also been and are working on a bunch of other things that we’ll keep under the sheets for now.

Something like Camino Del Sol by Antena or a jazz record you can play all the way through.