Mr Beatnick – Formed In The Stance 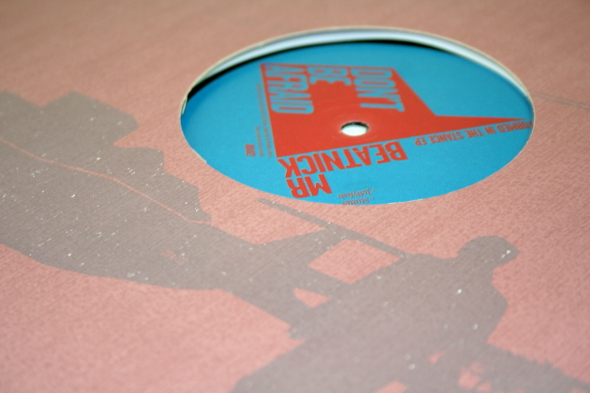 Much has changed since Nick Wilson affirmed his status as a maker of high quality, melody-rich deep house as Mr Beatnick with the Synthetes trilogy. That set of 12”s charted his move from a soul-obsessed experimental beat maker to a producer capable of creating classically rich house music that paired clear Detroit, Chicago and New York influences with an instinctive, almost Balearic warmth. In the years since, his output has all but dried up, with last year’s Marshmallows EP on Tief a slim return for someone of his obvious talents. While undeniably enjoyable, boasting typically hazy cuts flecked by acid flashes, jazzy cymbals and his usual loose, MPC-programmed percussion, the 12” lacked the instant impact and timeless feel of his Synthetes-era Don’t Be Afraid output. 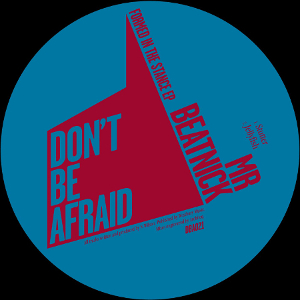 Formed In The Stance, Wilson’s return to Don’t Be Afraid after a two-year absence, feels like an important release in some ways. Not because house music moves on quickly and former favourites are quickly forgotten, but because he’s in danger of treading water. Of course, many producers base entire careers on ploughing the same furrow, relentlessly, for years on end. With his beat-making past and history of personal musical development, Wilson has never seemed like one of those.

It’s probably useful that Wilson has an ally in DBA boss Semtek. The Bristol-based DJ/producer has a reputation for being very particular when it comes to signing tracks, a trait that has undoubtedly helped to keep the label’s quality threshold high. Given this, it’s little surprise to find that Formed In The Stance subtly moves the Mr Beatnick sound forward, whilst retaining many of the aural trademarks familiar from his earlier work.

Semtek has described the EP as “more UK sounding”, the inference being that Wilson has been looking closer to home rather than Detroit and Chicago for inspiration. Certainly, opener “Stutter” contains a forthright groove – all Mr G kick drums, hissing cymbals and pulsating, relentless bass – that feel closer to classic British techno than the stargazing, sci-fi framed pulse of Detroit. The tactile chords and twinkling electronic melodies are closer to his previous output, of course, but the track just feels a little more full-throttle.

The remainder of Formed In The Stance seeks inspiration from the more rolling, off-kilter rhythms of UK funky – and in the case of the beautifully deep and sensuous title track – West London broken beat. “Formed In The Stance” sounds like Wilson’s take on the inspired recent work of Dego and Kaidi Tatham, with his own sun-baked chords and squinting melodies giving the track a warmer deep house feel.

It’s the other two tracks, both built to varying degrees around the energetic percussive strut of UK funky, which really resonate. There’s a creeping intensity and bass-heavy sturdiness about the surprisingly dense and hectic “Jellyfish” created by off-setting the woozy synths and starry electronics with heaps of additional percussion on top of the UK-funky influenced rhythm. But it’s with “Obsidian Morning” that Wilson really strikes gold. The punchy groove, speaker-rattling bassline and undulating main melody are pure UK funky, but the picturesque chords, riffs and counter-melodies are classic Mr Beatnick. It’s urban, gritty and aggressive, but also simultaneously intensely beautiful. Going forward, this could well be Wilson’s updated blueprint.

A1. Stutter
A2. Jellyfish
B1. Formed In The Stance
B2. Obsidian Morning