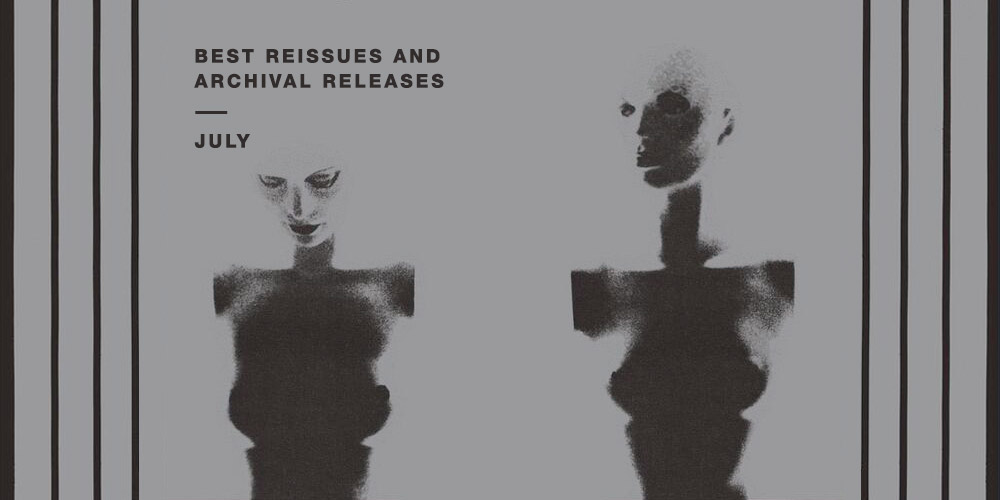 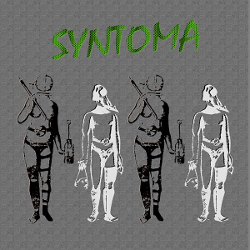 Who would have guessed it would have taken a figurative trip all the way to Osaka to finally shine a well-deserved torch on one of Mexico’s most revered and idiosyncratic synthpop outfits? But in fact it’s the Japanese label EM Records that picks up the gauntlet of re-diffusing Syntoma’s gems from the period 1981-1984. Irresistibly playful in the freshest, most fizzy of ways, Syntoma was the brainchild of Alex Eisenring, formerly of prog-jazz band El Queso Sagrado and who then went on to militate in influential Mexican bands such as Decibel and Escuadrón del Ritmo. The latter band and Syntoma were what was then defined as ‘techno’ or ‘techno-pop’ projects, guided by an unorthodox but very knowledgeable use of synthesisers and drum machines, and songs about computers, robots, sweets, and escaping to any planet willing to accept them.

Syntoma was enriched further by the technically knowing and vocally absurdist presence of Synthia Napalm, and this mesh of Napalm and Eisenring makes for quite a special listen. On “Mi Robot”, perhaps the sweetest performance on the record, the melancholy KR-55, Napalm’s unhinged female voice, and the grave male voice worrying about a robot’s health all combine for perfect futurist domestic melodrama. This release takes tracks from Syntoma’s only LP No Me Puedo Controlar and from their two 7″s, the material is beautifully remastered and reorganised over two sides, one for instrumentals (perhaps where most joy is to be found) and one for vocal tracks. Essential for anyone whose heart beats for absurdist Hispanic synth.
Listen/buy vinyl 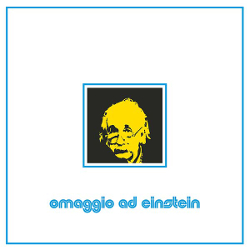 The mind of Piero Umiliani represents never-ending fascination. The man recorded hundreds of albums, from folk to military to bossanova, to ‘switched on’ compilations, to soundtracks for horror, thriller, giallo, romantic, drama, ‘science’ music, ‘background’ music, ‘cosmic’ easy-listening, orcherstral scores and pretty much any other epic music you can possibly imagine. He then worked under the mysterious aliases of Tusco, Rovi, Moggi, to pack in all the library, background and atmospheric music he couldn’t fit into his personal back-catalogue, film music for his own personal mind-films.

Umiliani made five albums as Moggi; the first of which is this very special, very eccentric,  homage to Einstein. The liner notes tell us, “these tracks don’t go over one minute and half in running time because, as they are rarefied melodic fragments without compositional development, a longer duration would have provoked mere monotony,” whilst adding the “fact they don’t mutate in timbre or in atmosphere makes them more suited for background listening.” Really? Background? Whose background? Something between Antonioni’s Red Desert and Godard’s Alphaville? No, the record demands to be paid attention to, variating between electronic washes of crunchy, crickety sounds, unbearably dark glittery chord progressions, broken, twisted patterns, without ever settling into a formula, into a default mode. From hellish to pale-blue tones, from rough and jittery to glorious science-TV melodic linearity, this is not an album for the background. Music for driving through some new landscape, wondering where electricity will take us next.
Listen/buy vinyl 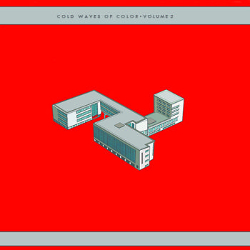 Those out there who have chased super limited editions of Color Tapes/Discs on Discogs will know how special the underground label was for the English 1980s and how grateful we should be to founder, Gary Ramon, also the mind behind some of their bands. After the shockwave of the first Cold Waves of Color compilation, this second volume seems to pick out some of the label’s contours, perhaps less glaringly a manifesto but an equally important part of its work. Here we get the rougher diamonds, the more sugary stuff, and more ‘difficult’ pieces… the essential belly to the more showy material on its sister record. Britishness may seem to be mentioned often in how these tracks are talked about, but in a sense the glorious intuition of Color Tapes was to pick up some of the much more European undercurrents in British synth and connect them to other countries, scenes, situations.

Listening to this record, you don’t hear what we know as the UK sound of synth or coldwave, but something else, a rarefied, joyously experimental scene filled with ideas, perhaps to be picked up now. The super-precious gems are the wonderful edit of WeR7’s “Masterful of Ceremonies”, the glorious and very long-sighted Purple Twilight Remix of the Space Brothers’ “Lodore” and the good old proper coldwave of “Experiment 1” and “2” by the excellent Lives of Angels. A cold, kitcheny, 4am kind of record, oppressive and dreamy in perfect measures. Oh, and you get an A5 photocopied issue of the Purple Twilight fanzine from 1985!
Listen/buy vinyl 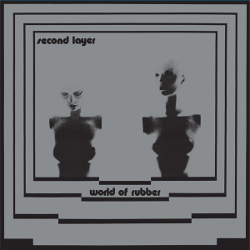 “Your country needs you, your country bleeds you dry. Drugs for the dying, meadows for the dead. Loyalty screaming on a blood-stained bed”. I wonder if the reason this Second Layer record appears to have gotten quite a lot of attention over the past seven or eight years has something to do with a political, generational dissatisfaction. Something raw but detached, you know? Raw and hard. Like punk, but icy. Minimal, but heavy. Uncompromising, but melodic. Engaged, but totally alienated. Elegant, but rather brutal. Adrian Borland formed Second Layer as The Sound were also forming, along with fellow Sound bassist Graham Bailey.

While the outlook (and the insight) is similar to what was happening with the main course, Second Layer have a much colder allure, a much more rigid sonic presence, a grave metallic beat (a drum machine, perhaps the greatest difference), and no swagger, no hipness, just steel and ice. This is the first vinyl reissue on vinyl of World of Rubber, but perhaps even more importantly it’s expanded too, with a load of other material from Second Layer’s earlier efforts, State of Emergency and especially Flesh as Property.  Again, songs that still ring true today, in their unyielding structures, in their freezing, unironic post-punk and in what they have to say. “Production – consumption – production – satisfaction – production – religion…”
Listen/buy vinyl 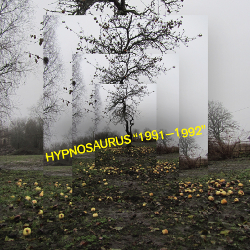 Sometimes reissues deliver more or less what we expect, despite the fact they may be glorious, obscure and unheard. Ocassionally what emerges is something totally alien. This Hypnosaurus retrospective on the Estonian label Porridge Bullet belongs in the latter category. 1991-1992 is deep, mindsweeping and extraordinarily intense, but I don’t even know how to hold it, how to classify it (and to be frank, I really don’t care). This compilation covers the early days of Hypnosaurus, a duo formed of Aivar Tõnso and Railo Pals, whose union with other music was imagined through listening sessions of John Peel’s radio show. By some strange coincidence, the late DJ actually appeared at one of the earliest Hypnosaurus gigs according to this interview on Eastern Daze. Hypnosaurus was evidently a musical vision beyond anything they were hearing, clearly personal and very special, some drums, some effects and, last but not least, a Polivox; a pretty damn powerful and rather independent Russian synth.

The Polivox is at the heart of this record, as the Porridge Bullet blurb reads: “controllable to some extent, but then feedback and glitches took over and the music developed into uncharted territory”. But maybe the Polivox is more of a perfect, fortunate match for a musical imagination controllable only to a certain extent, a vision full of glitches and feedback. Some of their work sounds astonishingly prophetic, some of it sounds like a meditation on past sounds. At times it brings about visions of a cityscape, or a lunar field. Some of the music is threatening, but above all there is never the shadow of a formula around, never a default, never a pre-trodden route. Highlights could be “Peipsi Delfiinidele”, a sort of swarming drone with a jagged comet of a synthline escaping from its limits, “Päike Tõuseb idast” and “Langeb tähti sülle”, which perform a sort of brutal, ragged EBM, or the serpentine flutterings of “Laiküla uduvalgus’s”. I don’t know. Grab the record, find some close friends, go to the countryside and have an intelligent, solitary, complex rave.
Listen/buy vinyl