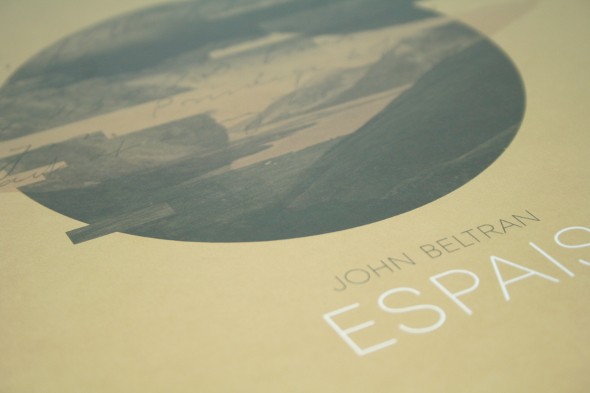 Although being a long term resident of Michigan capital Lansing, you would be forgiven for assuming John Beltran belongs among Detroit’s most legendary producers. With a lengthy discography dating back to his well received debut Earth & Nightfall on R&S in 1995, he has released several other albums on equally respected imprints such as Peacefrog, Ubiquity and Exceptional. The musical styles that he has covered have been as fascinating as they have been diverse, exploring everything from techno and house to classical and even Latin music. And not to mention the various other styles covered under monikers such as Placid Angles Sol Set and Indio. 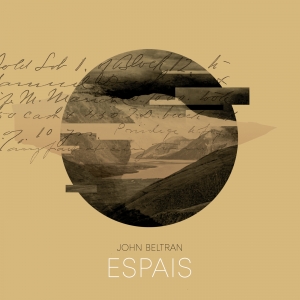 However, it has been his long standing flirtation with ambient that has been his major strength. Something he was exploring as far back on 1996’s “Ten Days of Blue” and has been his modus operandi in the last couple of years, making a comeback to production after a break that spanned the better part of seven years. Delsin, obviously huge admirers of his body of work, only found it fitting to release the compilation Best of: Ambient Selections 1995 – 2011 as well as his comeback album Amazing Things in 2013. It’s this album though which truly showcases some of his most astounding efforts yet.

Espais takes you on a breath taking auditory journey over its seventeen tracks, although most of them are quite short; it’s an imaginary soundtrack, if you will. Beltran lists the film scores of Max Richter and Trent Reznor & Atticus Ross, amongst others, as influences on his work, But he also takes in everything from experimental sound design, to shoegaze guitars and classical, with his restrained but expressive piano playing being a constant throughout the album.  Much like Thomas Koner, you can sense his intuition for perceiving timbre as colour as he paints stunning pictures on each track, using a broad and complex sonic palette.

There’s some truly magical moments on the album. The title track’s sombre pads cut through galloping clicks, sampled via low CPU possibly; quite reminiscent of what a Youtube clip sounds like while your DAW is open in the background. “Many Moments to Come” and “Love Suspended” tastefully take on the kind of ambient drones reminiscent of Stars of The Lid. But it’s “Music For Machines” that stands out; its epic Vangelis-style strings floating on top of the erupting ambience of an earthquake, signalling the end of days but sounding so splendid at the same time. The room tone of a manufacturing plant hums while a siren like sound persists with such beautiful danger on “Orange Background” in a style that Abul Mogard would blush over.

Beltran’s attempts at more classical styles of composition prove as equally welcome and captivating. “Love Suspended” and “Descorazonodor” show off his deft piano skills over fascinating field recordings, while “Interlude” and its floating atmosphere (backing Sarah Pectel’s gorgeous violin playing) is enough to make you think time actually stood still for two minutes. Journeys into the darker realms can be heard on “Ruimten” with its chugging arpeggio and guitar feedback that you could imagine playing while the main protagonist endures an intense personal struggle in a scene from a drama, while the looped and reversed shoegaze guitars of “Dreams Tangle” could accompany moment where he has that divine moment of truth, just perfectly.

In an interview with RA a few years ago, Beltran admitted that composing film scores these days would be his dream job, and it’s hard to argue when you take in his latest opus. With all its rich emotions and meticulous attention to detail, he truly sets the scene for something much bigger in all its drama and intensity. It’s almost like the soundtrack to a Terrence Malick film; invoking so many emotions and all the lucid, encoded and abstract visuals that are usually so synonymous with his work. Life, the universe… All that stuff! Immaculate.

A1. Intro
A2. Espais
A3. Many Moments To Come
A4. Přestávka
A5. A Child’s Place
B1. Love Suspended
B2. Music For Machines
B3. Orange Background
B4. Descorazonador
B5. Raume
C1. Interlude
C2. White Space Poetry
C3. Muse
C4. Ruimten
D1. Heavy Weather
D2. Dreams Triangle
D3. The Warning Storm (Outro)