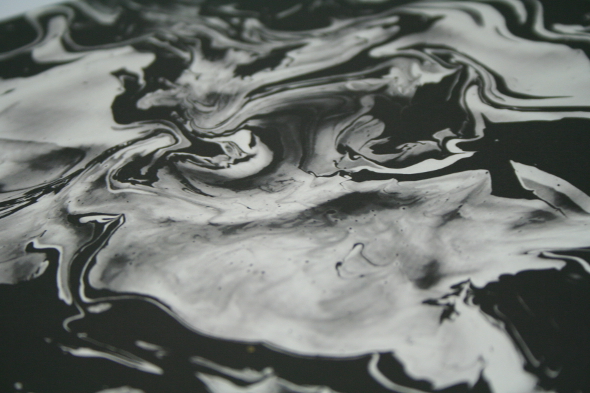 The variance of Manchester collective meandyou. has meant an easy slip into label work from their Manc Soup Kitchen shows – the ‘various’ records with four artists (each consciously related, indebted, or otherwise foundational to the party line) has seen a natural extension of the founders’ natural promotional style, valuing growth through the meanderings of house residents and the relationships they throw up.

Of the common players, Sam Lewis’ work as Herron has been particularly vital, with no release not featuring him at some capacity yet, and it’s little surprise the label has settled for their first single-artist EP from him. The loose intra-house structure of his previous entries tend to find the founder splitting differences for a dark and relatively fluid outcome with wide audience appeal. Tracks tend to be heavy lidded, but also technically malleable enough to comfortably slide into any set from a resident at meandyou.

The Night Garden certainly continues that trend, but also ups the display of diversity compellingly, offering angles as the four-way splits have. The ‘feel’ of tracks seems split by side: a more recognisable house style on A-side, the B-side (“Force of Habit” and “Venture” in particular) taking on a kind of beat down Stott-esque lumber. “Dismantling the House” feels light and deft, amenable chords placed on afternoon percussion to sound out something cool and verdant and relative to the International Feel school of thought. “Feet First” taps out a drum machine patter and seems to modulate between elegant and mournful, with strings glowing emphatically.

“Minor Hazard” is a strange centre piece, three or so minutes of ill shaped, writhing low-end and long reverberating cracks that start to fall into place over a two-note melody. It’s remarkably fragrant for such simple means, and with the similarly smudged dubwise effect of “Force of Habit” there’s a closer chain link to the more psychedelic versions of Basic Channel, or the murkier end of an Opal Tapes batch. “Venture”, previously released through the limited meandyou. tape with J.S. Zester last year, could sit in a Basic House tape set. The preserved and underlying sense of gloom is finally ejected through atonality; a grinding, metallic feedback lead cut by a luminous droning synth, off beats and beatlessness.