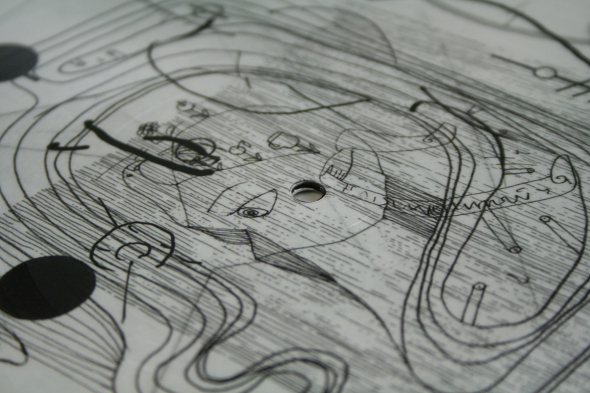 “What do you get when you stick a bunch of noise musicians in separate rooms and tell them to play along with each other?” This sort of question might seem like the type of joke your uncle who doesn’t understand your musical tastes might make at a family barbecue, it’s also essentially the premise of Terepa, a project formed of Rashad Becker, Charlotte Collin, Lucrecia Dalt, Laurel Halo, Julia Holter, Kohei Matsunaga, and Grégoire Simon. Indeed, the core concept that brings these noteworthy experimentalists together is the idea that each of the seven performers scattered across the globe all begin to improvise a twenty minute simultaneously, using nothing other than intuition, years of musical knowledge, and, depending on your thoughts about swarm intelligence, maybe even some intangible telepathic powers. 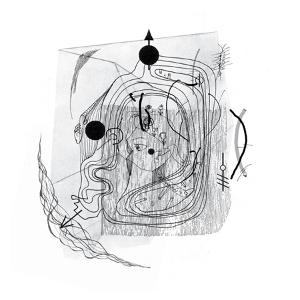 You have to hand it to Nicolas Jaar’s Other People imprint, the timing for this release is certainly right. From the Wachowski siblings’ much buzzed about Sense8 series to Rodney Ascher’s riveting documentary about shared experiences of sleep paralysis (The Nightmare), discussions of shared meaning making and collective consciousness are certainly omnipresent in today’s pop culture landscape. But your ability to enjoy Terepa’s sprawling recordings largely depends on whether the phrase ‘chance-based compositions’ strikes you as ground-breaking or gimmicky, and whether it’s execution matches can hold up to its lofty premise.

When I first listened to “8th August 2014”, I expected roaring chaos; the equivalent of seven different YouTube tabs playing over each other. Instead, it’s quite the opposite – the first few minutes are largely instrument-less, featuring wind chimes, chirping birds and ambient background conversations. Call it a testament to each artist’s understanding that too many cooks spoil the broth, but at the ten minute mark, the composition almost borders on underwhelming.

A-Side “28th October 2014” is more daring, with soft string plucking and rippling ambient drone feedback bouncing back and forth, and scaling piano tones adding vitality to the ever-present greyscale analogue background buzz. However, without knowing who’s responsible for what portion of the track, each individual element loses its personality and character. While the final product is meant to exist as an indistinguishable ecosystem of a track, being able to, say, watch each performer carry out their work via video stream would flesh out some of the intricacy of the work.

Perhaps why the Terepa project falls flat for me is that without some kind of initial reference point, emotion, or guiding theme, the work feels like seven isolated musicians just noodling around without any unifying goal, and while both compositions are sonically intriguing, the final product here is not larger than the sum of its parts. It’s certainly a neat sonic experiment, but as you trod through these quarter hour efforts, you can’t help but feel as if Terepa is expecting you to heap praise on it for simply *attempting* supernatural connectivity.