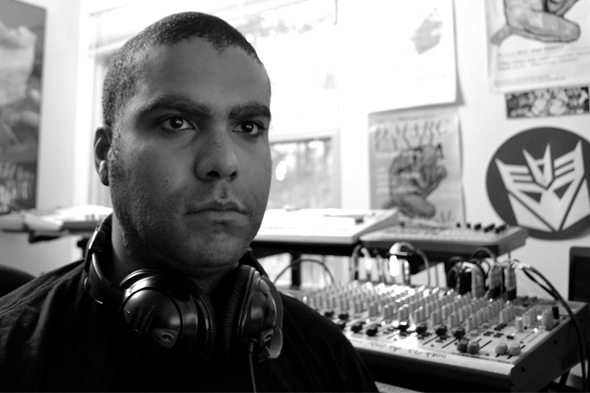 The Brooklyn label will put out the hefty six-track That Love You Feel EP by Ann Arbour native.

There’s no denying D’Marc Cantu has become a favourite at Juno Plus thanks to his impressive array of releases on labels like Nation, Crème Organization, Sequencias and M>O>S Recordings. Outside of those platforms which have long supported his music, Cantu has a knack for surfacing on other imprints you might not necessarily link to the American at first notice; Jurg Haller’s Forbidden Planet, Tom Dicicco’s Run Out Run and Desire Records to name just some. It’s now been revealed the Michigan-born producer will debut on New York’s Thema, an understated yet influential Brooklyn-based label that’s released an wide arc of music from artists like DJ Slip and Terrence Dixon to Donor & Truss, Oliver Ho and Christopher Rau.

Entitled, That Love You Feel, D’Marc Cantu’s Thema debut delivers six tracks that spans a spectrum of club music covering euphoric Frankie Knuckles house music to electrified techno similar to Shed’s War Made Easy alias. It follows recent Thema releases by legendary producer DJ Slip and the four-part Strength In Numbers various artist EPs which have plucked cuts from artists like Norm Tally, Oskar Offermann to French artist Kosme, and Mr G. Ahead of the EP’s September release you can preview all six productions on the SoundCloud player below.

Thema will release That Love You Feel by D’Marc Cantu on September 14. 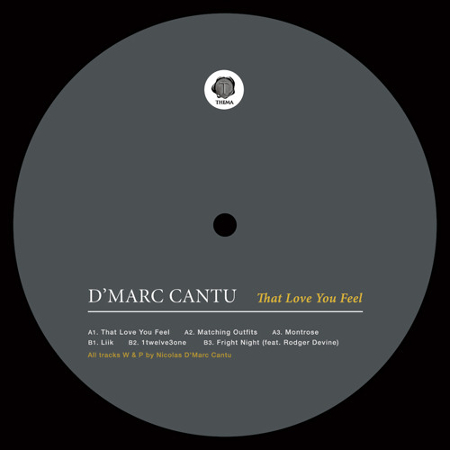 A1. That Love You Feel
A2. Matching Outfits
A3. Montrose
B1. Liik
B2. 1twelve3one
B3. Fright Night (Feat Rodger Devine)