LHF – For The Thrown 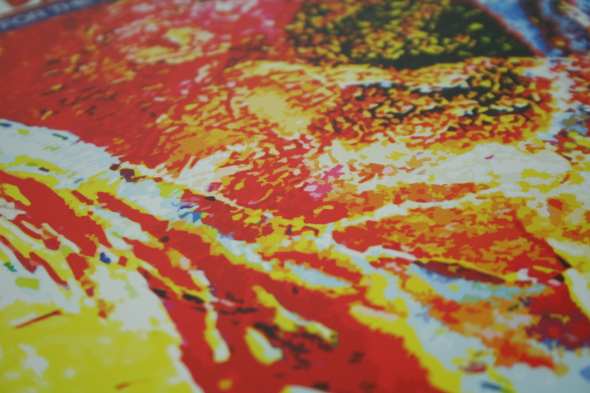 When the LHF collective first reached the wider public consciousness via the Keepers Of The Flame compilation on Keysound, it felt as though the assembled throng of mysterious artists were actively carrying on the exploratory blueprint of what dubstep had started. In the tempos and textures of the tracks by Amen Ra, No Fixed Abode, Double Helix and Low Density Matter, there was much originality and atmospheric flair to delight in at a time when it felt like much of the 140 bpm sound had either drifted towards house and techno or into excessive cartoonish wobble and grind. That’s not to say that the content on Keepers Of The Flame was strictly dubstep, but by its very eclectic nature it called to mind the loose fit aesthetic of early DMZ, Hyperdub, Punch Drunk, or any other number of seminal labels. 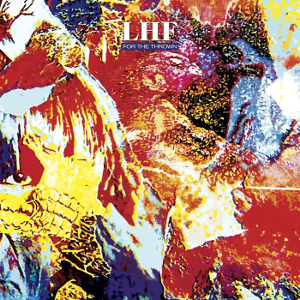 As one of the more visible and name-checked members of LHF, Amen Ra has been quoted in the past as saying, “fuck a scene,” and his point is certainly a valid one. While collectively LHF felt like a product of the time, on this new album Ra sounds like he has moved on to a less defined period of creativity, with all the pros and cons that brings with it. The energy spills out of For The Thrown with infectious optimism, even in the moodier moments of the album, for this is surely an artist on a mission to get excited by something new.

“Gateway” instantly spells out that this will be a different listening experience, dealing in ambient swells of melody with some choice layering of samples over the top that tells you this isn’t part of the usual new age chill-out fare. “Surrender” then sets the wheels in motion with a snapping drum beat, delicate melodic chimes and droning vocal sounds that create that otherworldly mood one hopes for from an Amen Ra track. By the time the track has fully unfurled it feels positively cosmic in its cascades of keys and flute lines, brimming with joy and hope.

Both “Horizon” and “Yielding” take meandering paths that deal in more emotionally ambiguous tones but both revel in plush, richly realised melodics, teasing out the ambience and placing the rhythmic elements further back in the arrangement to ensure they don’t become the dominant force. This feels like a record to be listened to rather than danced to. If more proof were needed, the beautiful vignette that comes to light at the end of “Yielding” with its illustrious piano refrain is all you need to know. It’s an all too brief moment of simple musical perfection, and staggeringly accomplished in its composition.

There’s an interesting split between tracks with almost saccharine melodic elements, such as the synth-brass parps and steel drum chimes of “Triumph, or the snappy string hits on “Natural Boost”, that contrast with the more mysterious, alluring qualities of a track such as “One Door Isn’t Enough” featuring No Fixed Abode. Equally it feels as though there is a push and pull between natural and synthetic elements. “Entrapment” is a more overtly electronic track that ramps up the beat programming in jagged formations, while “Mud and Root” channels a more earthen sound palette through its own intricate arrangements of percussion and samples. This conflux can often yield great moments of duality, but it also runs the risk of spreading the feel of a record too thin.

One of the things that bowled you over about Keepers Of The Flame was that, despite its ramshackle, compiled nature, it felt like a statement of shared creative purpose. While For The Thrown is far from a disjointed record, the widening of ideas leaves less of an immediate impact. There are key moments that really get under your skin, while others feel a little flat. It’s a wise move to push on, for when did anyone successfully recapture the energy of a release that zinged like Keepers… did? It was always going to be a tough act to follow and in its strongest moments Amen Ra has injected that distinctive magic into For The Thrown, but elsewhere the effect feels a little muted.