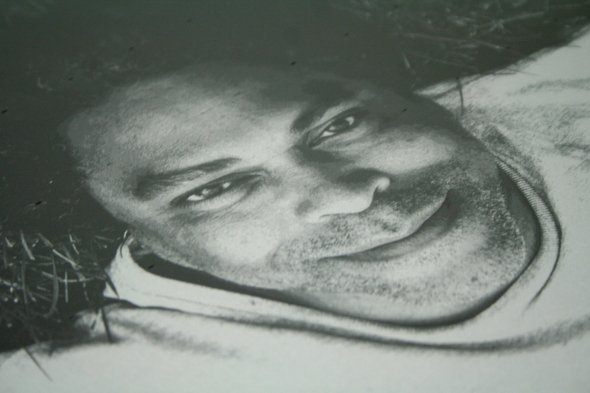 The rebirth of jazz-funk and disco musician James Mason’s career has been one of the more heart-warming stories of recent years. Despite enjoying limited success in the late ‘70s and early ‘80s – firstly with the 1977’s brilliant “Sweet Power, Your Embrace” single, and accompanying Rhythm of Life LP, then later as part of Prelude-signed electro outfit Wuf Ticket – Mason’s career was almost over before it began. In the late 1990s, the short-lived Mighty Fine Records took a chance on releasing two previously unheard cuts recorded in the early 1980s, the slow-burn masterpiece “I Want Your Love”, and proto-house killer “Nightgruv”. That Mighty Fine Records release became an in-demand record, leading to subsequent reissues from both Soul Brother Records and, more recently, Rush Hour. 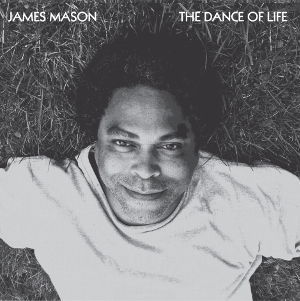 The success of the latter release, in particular, led to renewed interest in the previously forgotten composter, producer and musician. It was almost inevitable that labels would contact Mason to see whether he had any other unreleased gems in his archives. Japan’s Shout Records won the race, putting out a superb set of previously unheard recordings from the ‘70s and ‘80s, Recollection Echo, earlier this year. At last, Mason was finally taking centre stage, as he arguably should have done when the recordings were originally made. The Japanese-only nature of the release made getting hold of Recollection Echo a costly exercise for collectors, so it’s great to see Rush Hour putting out the album’s two standout tracks. Both show Mason at his mercurial best, joining the dots between jazz-funk, soul, disco and – in the case of flipside “Up Jump”, beat-box electro.

Like much of Mason’s material from the late ‘70s and early ‘80s, “Dance of Life” is unapologetically soulful, effortlessly summery, and notable for the quality of arrangement and musicianship. It begins with a near two-minute build-up featuring freestyle scat backing vocals, twinkling synthesizer flourishes and the kind of sparkling instrumentation that recalls the greatest Brazilian boogie and jazz-funk. The South American feel is enhanced by the sort of killer drum-break of which Tito Puente would be proud. The lyrics and vocals that then drive the track forwards to its’ sweaty, percussive conclusion are unashamedly positive. This is disco/jazz-funk fusion with one simple message: go out and have a good time. While a familiar lyrical staple of the disco genre, the message is given added weight by the quality of Mason’s arrangements, the glassy-eyed female vocals and the brilliance of the accompanying musicianship.

In some ways, though, it’s flipside “Up Jump” that makes the greatest impression. An exercise in electro-era futurism complete with vocoder hooks, undulating synthesizer lines and popping drum machine rhythms, it’s simultaneously thrillingly sparse and musically rich. Much of this effect is down to Mason’s use of multi-tracked vocals, delivering a simple, dancefloor-friendly message, though the synthesizer riffs and occasional clipped funk guitars also add to the track’s woozy, far-sighted feel. It feels slightly foreboding, in an odd way, despite the in-built positivity of Mason’s invitation to lose your self in the dance. Like “Nightgruv” before it, “Up Jump” boasts the kind of arrangement – all short, repeated sections, and emphasis on groove – that would later become one of the founding principles of house music. Few proto-house or early house records, though, could claim to combine jazz-funk and electro in such a spellbinding way.