Industrial music has always been drawn towards political confrontation, from the subversive imagery of acts such as Whitehouse and Throbbing Gristle through to the middle-finger sample japes of Tackhead and beyond. As Ali Wells’ adventures as Perc continue to embrace a savage vision of modern day industrial techno, so he too cavorts with the issues of the day at a time when meaningful political discourse in music is scant at best. Last year’s The Power And The Glory LP was a defining moment in Wells’ career, not to mention a sharp throwdown to tough techno without any meaning behind it.

Since the album came out, Wells has been relatively quiet on the release front while the label has only snuck out some remixes and Truss’ ranging Kymin Lea single, which we reported on earlier in the year. Wells returns to the fray with the urgent stomp of Gob, a three-track EP reportedly penned in the run-up to the UK general election. In the final track “Change To Win” you can audibly hear the saturation of what sounds like manifesto slogans and political platitudes groaning in amongst guttural blasts of white noise and devilish sound design. Ahead of the release of the record next month, you can stream a preview of the title track “Gob” below.

Perc Trax will release Gob by Perc on August 7. 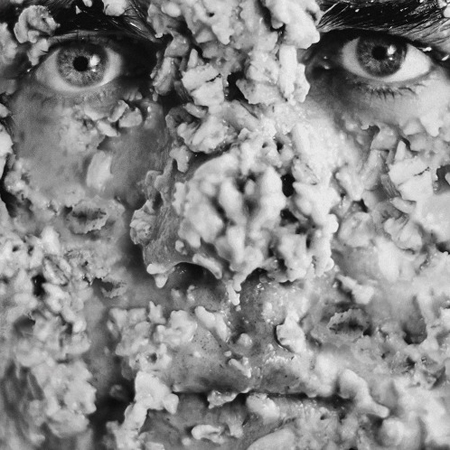