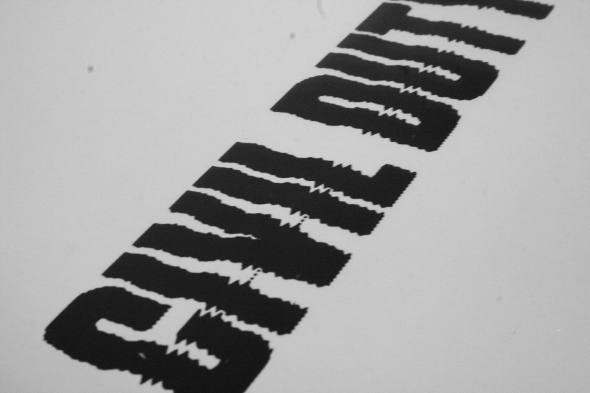 Albums from Civil Duty, Nidia Minaj and Domenique Dumont as well as 12″s from Don’t Be Afraid, Going Good, Mistry, Diagonal and Knives are amongst the picks of the week.

Yoshinori Hayashi – The End Of The Edge EP (Going Good) 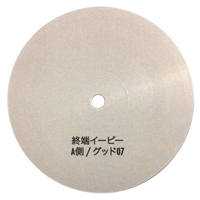 Ever since Going Good hotfooted into earshot with the excellent Moon B 12” Entropic Feelings, the South London label has continued to yield bountiful delights from familiar and unfamiliar sources. The latest new concern on the label is one Yoshinori Hayashi, whose The End Of The Edge EP comes laden with the dreamlike qualities that made the recent Aquarian Foundation Mind Miniatures cassette album such a delight. Opening track “Geckos” lays down something of a false premise that pivots around laconic, bluesy instrumentation, before the seagulls start in earnest on “Madame Moo” and a distinctly loose fit, home-made broken house concern starts to take shape. “A Castle” has more electronic qualities about it, but they’re offset by choral chants and further canny jazz sampling before the ramshackle funk of “Carcass Of Tags”. The spirit of free jazz rings loud in this release, and Hayashi has handled it impeccably.
Listen/buy vinyl

Laksa – Draw For The (Mistry) 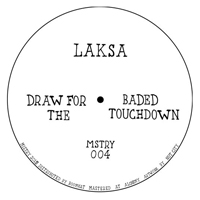 As well as his No Symbols operation for his own productions, Beneath’s Mistry label has already proven itself to be a worthy outpost for cutting-edge styles in the field of contemporary bass tinkerings, with Alex Coulton and Chevel amongst those bringing forth fresh ideas with plenty of soundsystem clout. Now apparent newcomer Laksa is stepping up to the plate with a fine blend of icy atmospheres, stuttering grooves and deadly poise primed to dark out any number of midtempo scenarios. “Draw For The” lets its percussion ring out in eerie reverb tails while trickling in just the bare minimum of synthesised tones, before the more direct 4/4 thrust of “Baded” lets some overt melodic content come groaning in through considered levels of distortion. “Touch Down” is quite possibly the cut of the record with its lean 808 cowbell hook, crisp snapping drum lines and subtle dub pads.
Listen/buy vinyl 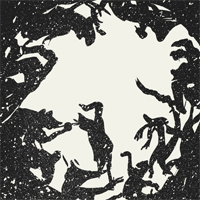 Although he was born in Serbia, Mitar Subotic was more closely affiliated with the music of Brazil up until his death in Sao Paulo in 1999. As Suba he released scattered albums and singles on Brazilian label Ziriguiboom, some posthumously, although his roots in music reach back to his motherland and some cult releases in the mid to late 80s. In the spirit of reissue culture, Offen Music commences business with In The Moon Cage, a collection of archival recordings by Subotic, compiled by label boss Vladimir Irkovic from noted Düsseldorf venue Salon Des Amateurs. The recordings reach back to the late ’80s, largely unreleased until this point, and as a whole collection it makes for a thrilling experience. The depth of the sound design is staggering, creating some truly immersive listening experiences from sources that include middle Eastern wails, industrial hits, detuning synths and orchestral touches.
Listen/buy vinyl 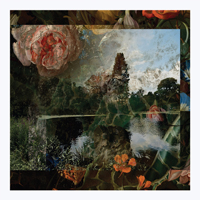 The latest venture from Jamie ‘Kuedo’ Teasdale is a music and art concern called Knives, which has already had a hand in steering Jlin’s Dark Energy album on Planet Mu. The first official release for the label however comes from a newcomer called J.G. Biberkopf, who offers up a distinctive blend of influences rolled into a lurid whole that certainly shares some affinity with the Kuedo school of emotive hybrid dance music. The rhythms rumble and fall around fractious abstractions of trap while all kinds of hyper-processed vocals punch through the mist. In the mean time a wealth of heartfelt string swoops and pad tones shape out the soul of the tracks with an end result that is totally unique, even if the component parts feel very much a product of the times.
Listen/buy vinyl 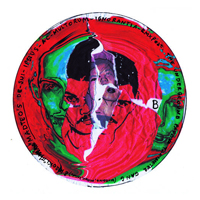 Italian producer Shinoby has thus far exclusively appeared on his own ISTHEWAY label, although a track from his first EP was picked up by Prosumer for his Fabric mix last year. He has clearly spent time forging a worthwhile sound from his base in Verona, working with heavyweight percussive tones and woozy samples but shooting everything through a thick dub filter to create thoroughly head-twisting contemporary techno. The title track on this EP is a prime example of 909 drums sent in curious directions, replete with an audacious tempo drop at the halfway point. “TSG” is a more upfront jacker although it still comes laden with unsettling sonic decoration and an evil speech. Samo DJ and Tzusing do a fine job of buffing the track up into a more manageable club stomper, while Madteo gets busy on an extended remix of “Sensory Deprivation Tank” with typical subversive flair.
Listen/buy vinyl

The Room Below – Homemade Waves EP (Don’t Be Afraid) 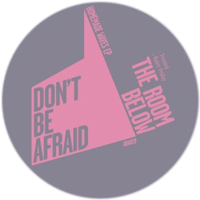 As well as forming part of the eclectic, instrument driven Soundspecies with his brothers, Henry Keen has been nurturing a solo project of his own since 2012’s The Room Below Versions that appeared on Paul White’s One-Handed Music. Since then, Keen has also popped up on Don’t Be Afraid with a track on a split EP last year, and he returns to the label with a full four tracks of leftfield house and techno sounds that slot in just fine on Semtek’s label. “Trusted” sports a Detroit flavour of deep house thrum in its gently bumping beat arrangement and smoky sample choices, while “Rainy Friday” brings a little more sharp-angled jack mixed with swooping pads and choice acid splurts. “Mad Energy” is the most wild of the tracks with its wild arpeggios and booming toms, while “Freedom” nestles into a tightly-wound, bugging groove that comes over like 23rd century tribalism.
Listen/buy vinyl 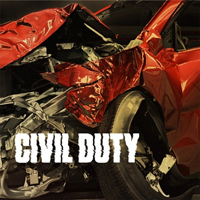 After their first collaborative single on The Corner and the Live In Los Angeles tape on Mount Analog, the power techno duo of Beau Wanzer and Shawn O’Sullivan come bowling back into ear shot with a whole double pack album’s worth of bristling, brawny techno with that Big Apple bite and plenty of panache. This is definitely a collection of techno in its most unadulterated form, with every track leaning in hard to energetic drum machine patterns that fall in feisty cycles. Texturally there is plenty to engage with, from the subtle growls that possess “Mindhives” to the filtered funk licks that try to break through on “Microtome Massacre”, while “Spiderbites” lets eerie tinkles of melody trickle down over a staggering rhythm. By and large this is an album that makes serious techno fun, and there’s always room for more of that in life.
Listen/buy vinyl

As Antinote continues to prove its diversity with a charming blend of oddball outboard techno and leftfield pop delights, so the Latvian duo of Domenique Dumont make for a welcome addition to the catalogue. There is little to no background information about the pair, but it hardly matters when the music is so charming on the ears, not to mention pitched perfectly for the balmy time of year. A consistent sense of ‘60s psychedelia lingers over the tracks, especially on the jangly guitar tones of EP opener “Comme Ça” and its successor “L’Esprit De L’Escalier”. For all the indie overtones there is that same strand of Antinote electronic weirdness bubbling away at the core of the music, from the shimmering effects tweaks to the Minipops drum beats. More to the point, for a duo from Eastern Europe they sure do a fine job of sounding French, from the lyrics outwards.
Listen/buy vinyl 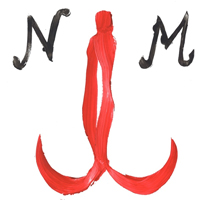 2015 looks set to be the defining year for Portuguese label Príncipe, as a healthy amount of recognition meets with an invigorated release schedule and some truly outstanding releases from artists the label has nurtured for some time. Niagara are already off and running, while DJ Nigga Fox and DJ Marfox are now taking their sound international. Next up to enter the fray is Nidia Minaj, who has already been drawing a fair amount of attention for her own twist on the Afro-electronic crossover sounds emanating out of the Lisbon underground. This release is a definite statement of intent, spanning eight tracks that will leave your head spinning in the flurry of new ideas that fly carnival percussion, polyrhythmic drum funk and wild synth acrobatics around the most unconventional of arrangements. Just try keeping up with the firebrand moves of “Puto Iuri” when it hits its stride.
Listen/buy vinyl 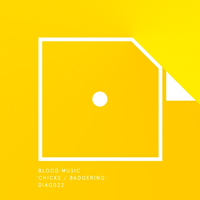 Some two years after laying waste to Diagonal with the Blood Music EP, Simon Pomery’s viscious fusion of guitars and electronics is back on Powell’s label with another salvo of uncompromising tributes to being as noisy as humanly (and electronically) possible. “Chicks” tumbles forth on a bed of thrumming percussion and squalling feedback which hits with an industrial urgency, while “Sharking” provides a brief sojourn into calmer drone territory without letting up on the unsettling factor. “Badgering” is surely the most confrontational track on the release with its abrasive whipcrack blasts of white noise and distorted toms, taking an overt pleasure in testing ones limits in the process. Helm sounds positively zen by comparison, even if the tumultuous power of his earthy percussion surges out of his remix of “Chicks” with an unbridled urgency.
Listen/buy vinyl