Music from Dego, Life’s Track, Aurora Halal, Conforce, and Firecracker features in our picks of the week’s new releases. 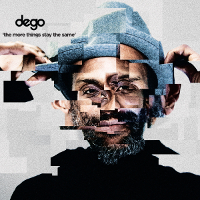 If you weren’t sure before, Dego is most definitely in a prolific mood at the moment both in his collaborations with regular co-conspirator Kaidi Thatham and flying solo. Recent drops have been made on Sound Signature and Eglo Records, but now it’s long player time for the London artist for the first time since 2011’s A Wha’ Him Deh Pon? The vibe on The More Things Stay The Same should be no great shock to any follower of Dego’s style, as plush boogie synth b-lines rub up against chunky, off kilter beats with lashings of soul thrown in the mix. There are some stunning vocal turns from Sharlene Hector, not least on the introspective, soul searching tones of “Keep On Moving”, while elsewhere the rolling funk of “It Don’t Get No Better” should put a spring in anyone’s step. No one can do smooth quite like Dego, and he’s in impeccable shape on this new album.
Listen/buy vinyl

After years spent honing their maverick sound without ever repeating a trick, the duo of Herve ‘Herva’ Corti and Marco ‘Dukwa’ D’Aquino are making the leap to the long player on their spiritual home of Bosconi. The last EP from the Italian pairing was a rough and rowdy chop up of disco and techno, but this album finds Corti and D’Aquino in a more temperate mood without losing their soul-sourcing instincts and madcap machine attitude. There’s a chopped up sensibility in their brand of sunny house music that aligns with the likes of Max Graef, but there’s an added thread of roughness which sets Life’s Track apart from their contemporaries. From smoother moments such as “Amore” through to the uptempo thrust of “Call It You”, this is an assured debut album that stands as testament to the growing talents of these young producers.
Listen/buy vinyl

After putting out a string of self-released 12”s that have drawn some favourable attention, T.B. Arthur takes a step towards the light with this release on Chicago label Argot. There’s a wonderful simplicity about the Arthur sound which doesn’t need to rely on flashy gimmicks but instead places all the emphasis on the groove, and what a groove it is. From the bass-enhanced funk of “First Thought” to the dense percussive roll of “Drum Thoughts”, these are primal club tracks delivered with such panache that they become far more than simple club tools. Tapping into a more abstract idea of tribalism and laden with old-skool dub processing, all three cuts on this record will delight the mind even if they are perfectly honed for the most physical of reactions.
Listen/buy vinyl

It feels like a long time since Aurora Halal’s Passageway landed, introducing many to the sound of a New Yorker working closely with Ital and the buoyant wave of east coast machine operators. “Hazy G” indeed felt like one of those instant hit tracks, and it certainly got played in plenty of diverse situations, but since then there has been little else to listen to from her. Fortunately she returns with the second release on her Mutual Dreaming label, packing another five tracks that go some way to shape out the yet-to-be-defined musical characteristics of this intriguing artist. A melancholic electro tone lingers across all productions, not least on “Shapeshifter”, while the ethereal tones heard on her collaboration with Ital are present in abundance on the deep-diving techno of “Death Of Real”. “Sunlight” meanwhile has a slight whiff of proto-trance about it, while “Sleep Distortion” heads into more scattered, downtempo electronics. It’s a fine follow-up release that more than steps up to the legacy of its predecessor.
Listen/buy vinyl 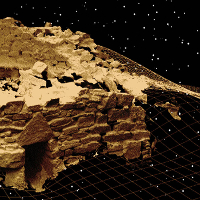 As far as backstories to releases go, the concept behind this new album from a collected assortment of the Firecracker regulars is a particularly choice one. The Forestry Commission Scotland approached the esteemed Edinburgh label to ask if they would embark on a project that paid tribute to and took inspiration from the Scottish Highlands. House Of Traps, Lord Of The Isles, Other Lands and Wounded Knee embarked on a tour of the area, taking field recordings, jamming, discussing, absorbing and drinking plenty of whisky, and then channeled the whole lot into this eclectic, traditional and yet unconventional release. From the folky instrumentation to the surreal electronic processing, this is a record that does a fine job of evoking a time and place, yielding highly original music in the process.
Listen/buy vinyl

In a recent interview on this site with Oliver Ho, the UK techno producer described his single album as Veil as a self-contained project, explaining “all the tracks felt like they worked as a whole and created a world.” Transform was originally released in 2004 and it’s a good chance to take another delve into the frenetic, broken beat sphere of techno Ho shared with the likes of Anthony Child, Karl O’Connor and James Ruskin. Following the Downwards compiling of Regis’s Complete Works and Surgeon’s run of SRX remasters, this reissue is another reminder of how timeless classic period UK techno is – check out the beatless “Inject” too. Although Transform may project a macabre narrative with the image of an execution chamber, it’s far more involved tells Ho: “A lot of the ideas were about the veil between life and death, and transformation, what occurs to the spirit at death.”
Listen/buy vinyl

Some may be of the feeling Boris Bunnik’s music has reached saturation point, but there’s a unidentified something lurking within this new album, Presentism, that can also be found in his 2011 Escapism LP, and by extension that Dystopian Elements 12” of the same year. Bunnik’s measured combination of electro and dub techno with housier Detroit and Chicago fare mixed with own European charisma is our guess at what makes some Conforce records more alluring than others, and you’ll find those flavours in tracks like “Blue Note” with its swooping synths, the dank echoes and mystery ambience of “Space Time Continuum” and the dubbed-out electro of “Monomorphic”.
Listen/buy vinyl 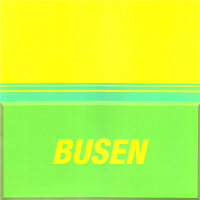 We’ve all heard the term instant classic but there aren’t many labels that can put out records considered instantly rare. If you own this Busen LP, or in fact any General Elektro releases, you’re part of a scarce body of people that can say they’re lucky enough to have a copy, and should you meet another someone in ownership of the music then an instant kinship will always unfold. Electronic music right now doesn’t get quirkier than this and the understated audacity by the way of creativity heard in the squelches, bleeps and blobs to the occasional drum machine sequence of Ganz Kurzen Ding are so original that they’re too unusual, extreme, and uncanny to be put into words. A must have.
Listen/buy vinyl 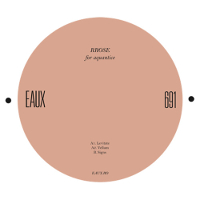 The time has come: Rrose’s Euax record for 2015 has arrived. Since 2012 the American producer’s release rate on Euax has remained glacial, with a single 12” landing each calendar year, however this isn’t her only output as it follows Further’s recent release of the interpretive Having Never Written A Note For Percussion. New music by Rrose on Euax always brings with it the anticipation that we’ll be subject to another epic like the 2013 “Waterfall (Birth)”, and while this For Aquantice 12” may not present something as face-melting as that classic, it does provide more modulating liquid mercury to wash over your dome piece. “Levitate” will be a set starter for many, and over on the flip there’s the nine-minute psych-out which is “Signs”, a track which sounds like a reserved Jeff Mills production being pulled apart by an LSD-induced space time continuum.
Listen/buy vinyl

You have to hand it to Raphaël Fragil, he certainly believes in the music he’s putting out. Every single record the Frenchman has made (around 15) has come out on his own Fragil Musique label, as has music by artists like Imugem Orihasam, Society Of Silence and The Analogue Cops. Now, Raphaël Fragil makes the calculated risk by opting to debut Tite, aka Nicolas Villebrun (one half of Society Of Silence) with Snare Roll, a techno LP of syncopated, sometimes deranged, junk yard beats that’s similar to what can be heard on L’estasi Dell’oro’s recent long player, I Look Upon Nature While I Live In A Steel City. It’s not the type of techno you’ll likely hear played in Berghain, but more of the sort you’d expect to hear Low Jack bash out in a rickety booth down a basement somewhere off the high street, and tracks like “The Bell Glides”, a phased out “Snare Roll” and the funkified “Hungry Man” are made for such an occasion. Plenty to discover here from a solo artist that should be recognised.
Listen/buy vinyl