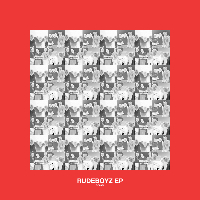 Hailing from coastal city Durban, South Africa, Rudeboyz represents a new strain of indigenous electronic music from a region that calls itself Gqom. Through a protracted gestation period across slow internet connections and in Goon Club boss Moleskin’s DJ sets, the genre is coming to light beyond its birthplace and it sounds prime for intertwining with the outernational sound of contemporary bass music. There’s a sense of the patience and pressure of early dubstep in “Get Down”, which teases incessantly with its little flutters of 4/4 kick before dipping back into a spiraling dub fracture. “Mercedes Song” is even more overt in its half step pacing, while bubbling toms and insistent MC instruction brings the local twist to proceedings. It’s a record that sheds light on a very different kind of sound emanating from Africa, and it hopefully sets the tone for more music to follow.
Listen/buy vinyl

The Fear Ratio – Refuge Of A Twisted Soul 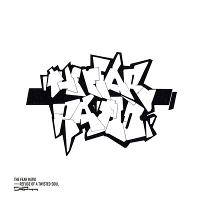 When Mark Broom and James Ruskin first unveiled The Fear Ratio on Blueprint back in 2011, it was a shock to those who were used to the more straight-up, tribal techno the pair is known for. Truth be told both have roots in more broken beat fare, not least Broom who used to regularly work with Plaid and Mo Wax, and this project is all about celebrating that particular kind of electronica. It makes for a perfect fit on Skam, imbued with the razor sharp funk of electro and able to lock into all manner of disorientating head spaces. Just check the low slung hip hop meltdown of “Cam” and try not hearing an old Shadow Huntaz beat or Autechre at their funkiest. It’s always a thrill to hear artists truly reach beyond their established remit, not least when they do it so well.
Listen/buy vinyl 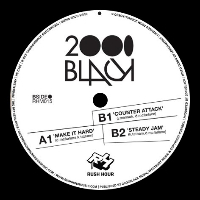 The productivity of Dego and Kaidi Tatham seems to have shot through the roof lately, with recent appearances on Blueberry, Eglo and Sound Signature all confirming it’s a fine time to be digging the dons of the West London broken beat scene. For whatever reason, releases under the 2000Black banner have been rare, last manifesting in the Third Ear album A Next Set A Rockers back in 2008, but now this new EP arises on Rush Hour and it’s just as hot as you would expect from the pair. The effervescent lead track “Make It Hard” radiates out positivity from every pore with its high-pitched synth lines and snapping breaks, while “Counter Attack” heads down low with its squelchy leads. “Steady Jam” provides a necessary smoothness on the B2, making this a record that gives any self-respecting 2000Black head a dose of everything they crave.
Listen/buy vinyl 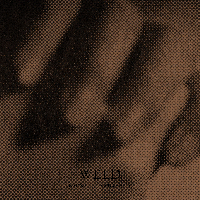 After their debut album Retrieval won them plenty of praise when it appeared on Blackest Ever Black in 2013, Barnett + Coloccia are back following a lengthy, considered recording and production process. The duo’s heritage in fringe noise activities in the US is commendable enough, but the sound overrides any need for reference points. There are smatterings of industrial about tracks such as “Dreamsnake”, but they’re finely balanced alongside lovingly shaped harmonic tones as you might find on the aptly titled “Healer”. Weld is a record with a distinctly live feel, coming from band-dynamic roots rather than electronic self-reliance, and that sense of interplay creates a captivating atmosphere that remains dynamic throughout. The sounds themselves diverge too, from warm pulsing synth lines to metallic found sound textures, but it never feels like a disjointed record.
Listen/buy vinyl 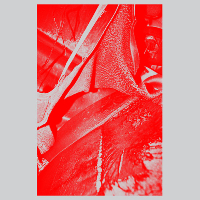 Luke Younger has built up an impressive back catalogue for his Helm project thus far. Since 2006 releases have issued forth on Low Point, Hospital Productions, Where To Now? and PAN, amongst others, all of which deal in murky drone and ambient studies of a decidedly gripping nature. This latest collection of ten tracks is another fine example of the grasp Younger has of sound design in all kinds of different shades. There are moments of amorphous, blissed-out ambience with a crystalline edge, and there are times when the mood plunges down into the most softly played, ominous low-end tones. There is even space for some humour on the strangely unsettling “Strawberry Chapstick” monologue, making Olympic Mess an engaging listen from start to finish.
Listen/buy vinyl

We’re hoping the high profile producers commissioned to remix Israel Vines’ debut WWKD 12” on the newly formed Eye Teeth label will bring some much warranted attention to the Chicago dweller. Vines has been releasing music since 2011, initially facilitated by his own now defunct Borrowed Language label (check out the Disintegrate EP) and now the producer sees his music undergo a whopping remix treatment from Silent Servant and Stave and Karl Meier’s Talker collaboration – both of which have remixed Vines before. Additionally, there’s a rare BMG, aka Brendan M. Gillen of Ectomorph, version to B-side cut “Relapse” which further proves why Vines, if he wasn’t before, should be an artist making blips on your radar.
Listen/buy vinyl

Northern Electronics is becoming a label quick to make recognised names out of its home grown producers; Varg and Acronym to name two. Next up is Korridor, a producer, while appearing intermittently on fellow Swedish label Hypnus, has released once with NE before. Korridor crafts a fine art in the remix too, and if there’s one ‘reimagination’ you should hear it’s this year’s release of Korridor’s rework to Abdullah Rashim and Axel Hallqvist’s “Skog”. Thank you again Semantica. But regarding this release we’re treated with two, cold and holographic club tracks, “Acolyitt” and “Futurist”, and bassline driven, percussive snapping title-cut. Quality.
Listen/buy vinyl 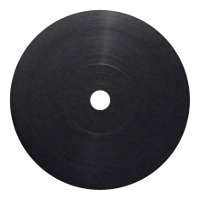 Berlin producer Kuno, still yet to release his first solo record, makes his way to a second 12” release with the help of Skudge’s Koehler, and together the two produce “Anti Gravity Switch” which is like a gnarly, mechanical pit bull sneering at you from behind a flimsy, padlocked gate. The track’s acid is spitting, its UK-inspired beats tearing and the atonal melody sounds like a swinging piece of junk that someone’s trying to rip off. For a cooler version to liven up your next dub set, Dave Huisman’s A Made Up Sound remix downs the BPMs of the original, throws in some de-scaled chords and rides a lucid groove that’s more of a purr than the original’s growl.
Listen/buy vinyl 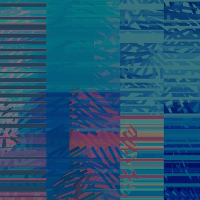 There’s no denying both Further and Strategy are on fire this year, with the former rereleasing Raica’s harmonically rich Dose, Rrose’s interpretations of James Tenney’s Having Never Written A Note For Percussion, Innercity’s Ababababababas album – and now another killer Strategy record. Noise Tape Self swiftly follows the wonderful Seed Or Paradise LP Idle Hands put out (and Entr’acte’s release of Pods Of Punishment before that) and here Paul Dickow’s project delivers six more ambient sessions of sound that are drenched in a hazy tape distortion that extenuates the murky yet cordial, organic sweetness of his work.
Listen/buy vinyl

Before you jump out of your skin to the sight of a new Coil record, take in for a second this collaboration is the result of Robert Proco and Wito Lavolt of Ford Proco calling up Coil’s Peter Christopherson to see if he wanted to be an extra in an Ice-T music video (after all met whilst seeing the Orb perform in Los Angeles in the ‘90s). The music itself is awash with drums, woozy chords, depressed horns and the usual explainable mesh of sounds associated with Coil. “Expansion Naranja” is a must have (and the John Balance lyric ‘do drugs’ a great comedic touch’), while “Ecuacion De Las Estrellas” is something we should hope to hear on acid at a festival somewhere, soon.
Listen/buy vinyl